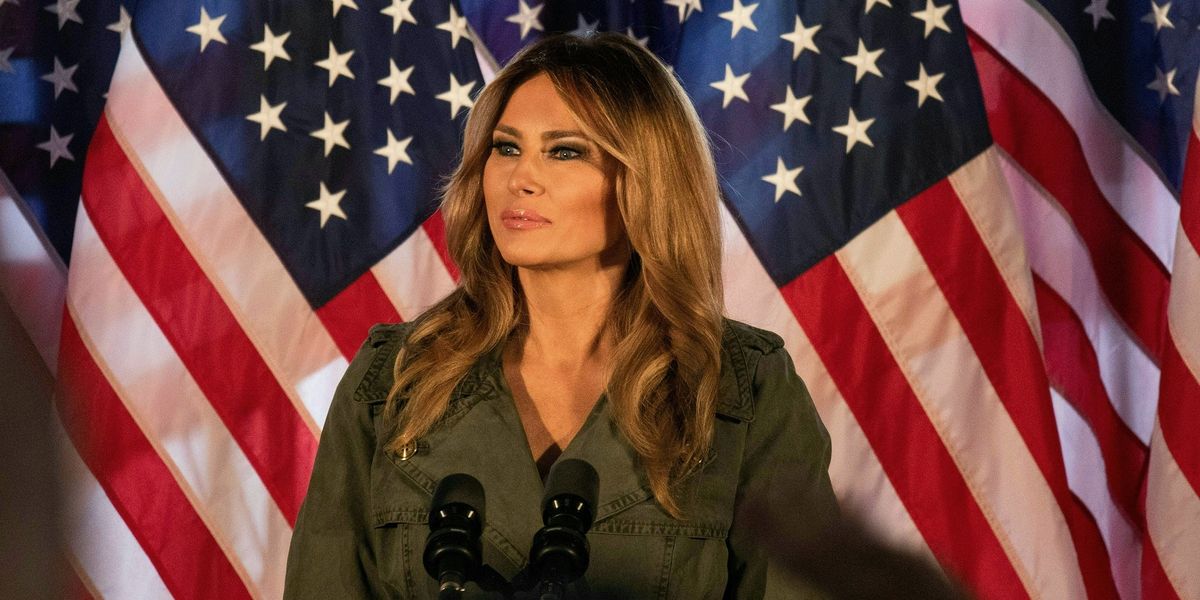 Mrs. Trump was making her first solo trip of the 2020 campaign in the battleground state of Pennsylvania. The polls show Trump and Biden in a tight race in the state, the Associated Press reported. Biden also visited the state Monday.

“As an American, I am proud that we have a president who puts our country first,” Mrs. Trump told a crowd in Atglen, Pennsylvania. “Remember, we are a strong nation, again. With Donald Trump as president, we will be even stronger when we beat COVID-19.

“This election isn’t just about the next year,” the first lady continued. “It’s about the next four years, and beyond. It’s about continuing to set this country on a course of real prosperity and success. We can’t, and we shouldn’t, go backwards.”

Then, Mrs. Trump went after Biden directly, saying, “Joe Biden’s policy and socialist agenda will only serve to destroy America and all that has been built in the past four years.”

The first lady began her speech by thanking supporters for the well-wishes her family received after she, President Trump and their 14-year-old son, Barron, all contracted COVID-19. But she defended her husband’s handling of the coronavirus pandemic before declaring, “We don’t close down and hide in fear. We get to work to find real and lasting solutions.”

Mrs. Trump also took a swipe at the media during her talk, condemning their coverage of what she described as “idle gossip and palace intrigue” surrounding the White House.

You can watch the speech in its entirety below:

Not everyone was a fan of Mrs. Trump’s message.

Pennsylvania Democratic Chairwoman Nancy Patton Mills ridiculed Mrs. Trump’s campaign stop, saying the first lady would not have an answer for Pennsylvania’s soaring unemployment rate or why her husband’s administration has “stopped trying to combat a virus that’s killed 8,700 Pennsylvanians and counting.”