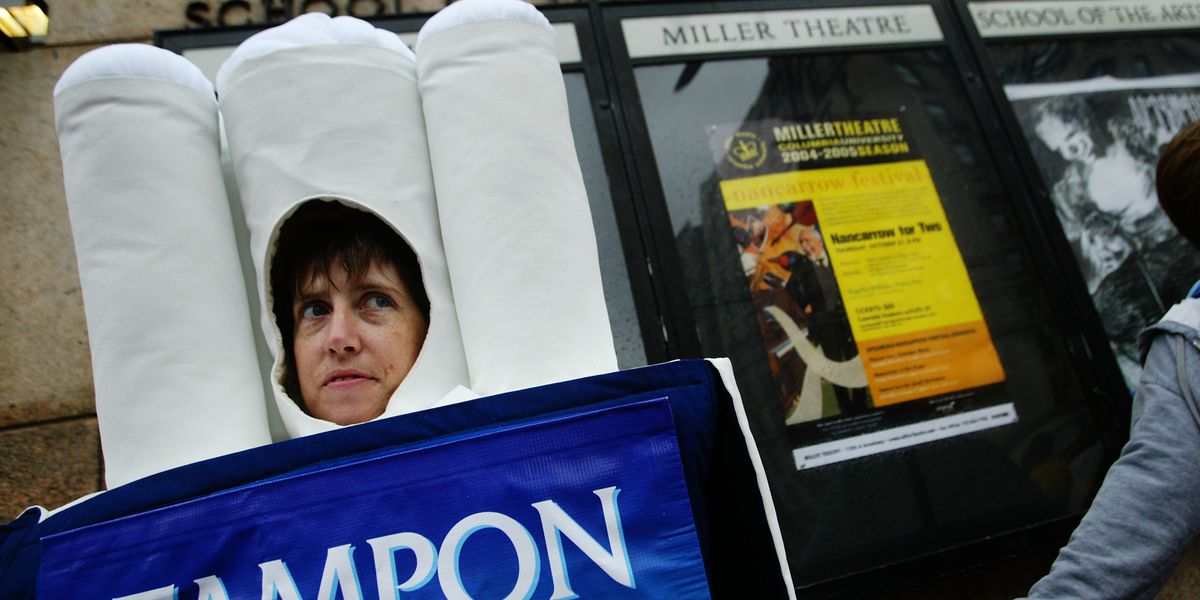 Tampon manufacturer Tampax has insisted that men can get periods, too, sparking a firestorm on social media for being anti-woman and more.

As reported by the New York Post, tampon brand Tampax — which is owned by Proctor & Gamble — tweeted in September, “Not all people with periods are women.”

Though the company tweeted the message last month, it’s now gaining traction across the internet, sparking heavy criticism from those who believe in science.

At the time of this reporting, the tweet received more than 27,000 comments.

Fact: Not all women have periods. Also a fact: Not all people with periods are women. Let’s celebrate the diversity… https://t.co/XkLQdrjGwY

Despite hordes of social media users rallying around the company with praise for such an inclusive campaign, many people railed against the notion and argued that the company is alienating women and ignoring science.

Fact: all people with periods are women https://t.co/cAd48HwIh1

Former Major League Baseball player Curt Schilling added, “Every single person that has have had a cycle is scientifically and genetically a woman. That’s not offensive, it’s not meant to be offensive, it’s just a scientific fact. Facts can’t be offensive but YOU can be offended by them when they don’t follow your narrative.”

@Tampax @gobeeharris Every single person that has have had a cycle is scientifically and genetically a woman. That’… https://t.co/82tmdMQc3M

“I honestly don’t understand how some companies sound identical to parody or satire,” another user wrote.

One woman who identified herself as a mother chimed in, “Oh dear @Tampax your products are more expensive but I have been buying them for decades. Not any more. Anyone who calls me and my daughter “people who bleed” isn’t getting a penny more of my money.”

“Dear Tampax, are there instructions on the box for men who want to insert a tampon up their penises? As an attorney who has successfully litigated product liability cases, I would be very interested in your answer, in writing of course,” added another user who identified himself as an attorney.