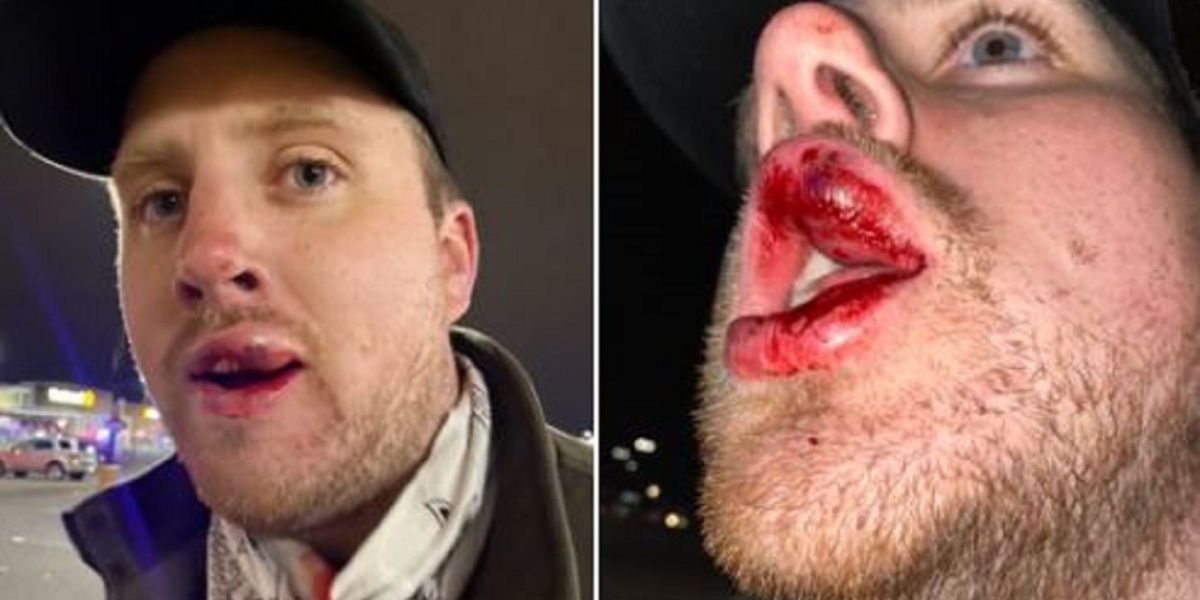 BlazeTV reporter Elijah Schaffer — who was beaten earlier this week while covering looting in Philadelphia following the death of Walter Wallace Jr. — has a message for those in the mainstream media who claim the violence that occurred has been exaggerated by so-called right wing outlets: “Look at my face.”

Schaffer recounted the attack on him to Fox News’ Tucker Carlson on Thursday night, where the host asked if any journalist advocacy groups had come to his defense or offered to chip in on his medical bills. The reporter said the response has been “quite the opposite.”

“The man had a gun, and I”ll say this…I owe it to God, and I give praise to Jesus for saving my life in that moment, because just right outside a few hundred yards away a 15-year-old girl was shot, multiple guns were fired,” Schaffer told Carlson. “They had guns, they were using guns, but lucky for me all I received was about a dozen or so blows to the head and the body.”

“So nobody came to your defense?” Carlson asked again, “There wasn’t an editorial in the New York Times that a racist mob attacked you, threatened you with a firearm, beat you up in the middle of a major American city?”

Schaffer replied, “I know the New York Times talked about people they called the right wing ‘glorifying’ or ‘exaggerating’ or ‘hyper-focusing’ on violence, and I have to say to someone at the New York Times, who’s sitting in their office that is writing in the comfortability of their flat, writing and judging and characterizing people: Look at my face.”

“I’m a young man, I’m married, my wife is at home,” Schaffer continued. “I’m just there capturing the news while they’re not, and they look at someone like myself and many other brave people who are putting their lives on the line and they tell me my face being beaten, a gun being pointed at my head…you’re telling me this is an exaggeration? Well, I’m taking blows for America and you’re sitting at your fancy desk and your nice salary telling us—real reporters—why we’re wrong.”

“Journalism is dead in this country, and it’s dangerous,” Schaffer argued, adding, “You know why journalists don’t do this? It’s because it actually takes a risk. It requires sacrifice, and that’s been lost today, in our country. And it breaks my heart to realize people are not getting truth.”

.@ElijahSchaffer says looters were targeting white journalists like him that were attempting to record them to be a… https://t.co/Eex0Pn3Pju

James Murdoch’s Foundation Gave Millions to Help Big Tech Influence 2020 Election
ABC Detroit Asks for Stories of COVID Deaths Among the Unvaccinated, Gets WRECKED with Thousands of Vaccine Injury Reports
Google BANNED Live Action’s Pro-Life Ads: Report
Cash, COVID, and cover-up, part 3: ‘You will have tasks that must be done’
If you do things well and in a timely manner, you’re guilty of “white supremacy,” says Colorado University