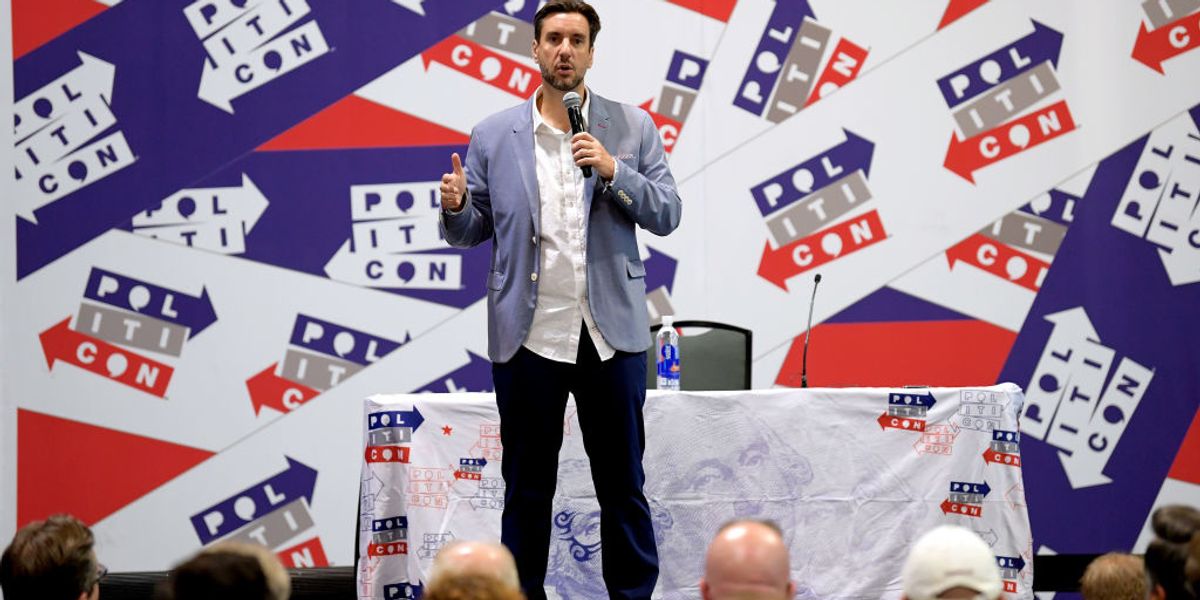 Sports journalist Clay Travis, the founder of OutKick, announced in an article published Friday that he will vote for President Donald Trump in the 2020 election. Previously a loyal Democratic voter, Travis said the party he used to support “has lost its connection with the regular people in this country.”

“On Tuesday, I will vote for Donald Trump in the 2020 presidential election,” Travis wrote, adding that while he doesn’t believe in endorsements and wants his readers to make their own decisions, he does believe his readers deserve to know what he thinks.

“For better or worse, I tell you every single day exactly what I think about a variety of issues. I don’t expect you all to agree with me on every one of those issues, but I do believe that the reason the OutKick audience is exploding across audio, video, and web is because there’s a deep and abiding desire in this country for people from all walks to life to say exactly what they believe and not apologize for their opinions,” Travis continued.

Addressing media bias, Travis said he’s proud of OutKick’s commitment to free speech and the diversity of thought represented by his colleagues. He thinks it is “dangerous” for any media entity to only employ people who already agree on everything.

“That’s why more so now than at any point in my life, I believe every single media member should address his or her audience and say exactly what they are doing with their own vote this year,” Travis wrote. “I think authenticity matters, and I believe audiences should know what public figures who claim to be unbiased do when they enter the privacy of a voting booth. This is not a new position for me. I have shared my presidential votes publicly every year that I’ve been a public figure.”

Travis described his voting history, noting that since he became a media figure in 2004 he’s voted for Democrats in three of the four subsequent elections, even voting for President Barack Obama twice.

“For much of my adult life, I considered myself a Democrat, but in 2016 that began to change,” Travis acknowledged. “In 2016, I wasn’t happy with the choices between Hillary Clinton and Donald Trump, so I voted for the Libertarian candidate, Gary Johnson. As a general rule, I have very many libertarian beliefs — I’m not a social justice warrior, but I also believe that adults, black, white, Asian, Hispanic, gay or straight, should be left to their own devices to pursue happiness as they see fit.

“I want the government telling me less, not more, about what I can and can’t do every single day,” he added.

Travis said he does not regret his votes for Obama in 2008 and 2012, but believes that Obama’s victories changed the Democratic Party, leading them to embrace racial identity politics to replicate the levels of black voter turnout that helped Obama win the White House.

“But Obama wasn’t a politician who focused on identity politics. His campaign was not laced with accusations of systemic inequality, and it didn’t embrace the idea that America was a corrupt and venal land filled with racist and evil people,” Travis wrote.

“Hillary Clinton wanted Obama’s voters, but she lacked his political gifts. She tried to roll up black support by arguing Trump was racist. It’s the same choice being made by Biden today. I fundamentally reject the idea that America is a racist country. In fact, I think America is the least racist country in the history of the world.”

He defended American exceptionalism, calling the U.S. “the greatest country in the history of the world.”

He identified five issues motivating him to vote for Trump in 2020: Ending cancel culture on social media platforms; opening the American economy; confronting China “as aggressively as possible”; keeping nine justices on the Supreme Court; and defending American exceptionalism, capitalistic democracy, and supporting the police and the military.

Travis also posted a video on social media discussing in part his decision to vote for Trump.

Recently, OutKick sports columnist Jason Whitlock interviewed President Donald Trump for the website on the meaning of “America First,” and why voters should give the president a second term.

Family says their 10-year-old boy died from attempting a dangerous TikTok challenge
Maxine Waters bashes Biden for ‘whipping’ of Haitian migrants and calls it worse than slavery: ‘What the hell are we doing here?!’
The Stunning Implosion of Joe Biden
Can We Talk About How Safe Our Kids Are From COVID?
After Mandating Masks Outdoors, Oregon’s Active COVID-19 Cases Increased 73 Percent