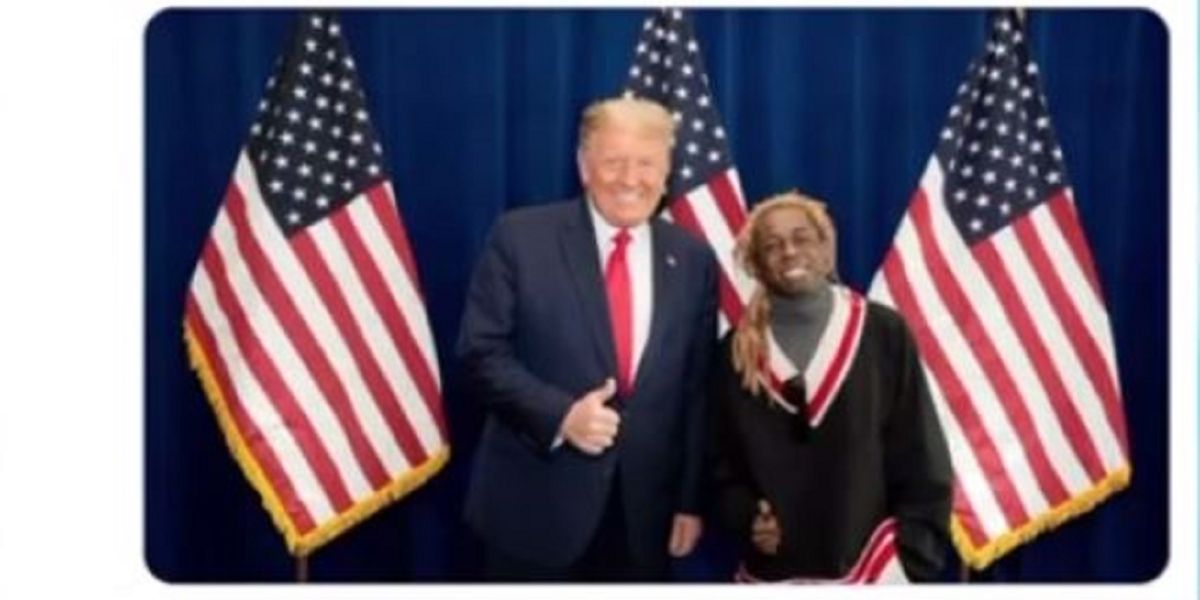 While the artist stopped short of an outright endorsement, it did not go unnoticed that his message was sent out just days ahead of the Nov. 3 election.

“Just had a great meeting with @realdonaldtrump @potus,” the rapper, whose given name is Dwayne Michael Carter Jr., tweeted, along with a photo of him and Trump smiling together in front of a row of American flags.

“Besides what he’s done so far with criminal reform, the platinum plan is going to give the community real ownership,” Lil Wayne said of the president, referring to the First Step Act of 2018 and Trump’s new “Promise to Black America,” adding, “He listened to what we had to say today and assured he will and can get it done.”

Just had a great meeting with @realdonaldtrump @potus besides what he’s done so far with criminal reform, the plati… https://t.co/8cuYXTN1cE

Conservatives on Twitter went wild over the message, which was retweeted by President Trump, himself. But Lil Wayne also took plenty of heat from anti-Trump critics. Some Trump supporters urged the rapper not to “back down because of the haters.”

Lil Wayne is the latest big name rapper to give Trump a nod in the final stretch of his campaign against Democratic presidential nominee Joe Biden, but all have received pushback for any hint of support for the Republican.

Fans of mogul Ice Cube, whose real name is O’Shea Jackson, became furious after the Trump campaign revealed earlier this month that the rapper provided input on the president’s Platinum Plan. Ice Cube, who has developed his own plan called Contract with Black America, later acknowledged that he weighed in Trump’s initiative.

Today, Ice Cube revealed that he turned down a Zoom call with Democratic vice presidential nominee Sen. Kamala Harris (Calif.), saying he believed it “wasn’t going to be productive.”

Fellow rapper 50 Cent, whose given name is Curtis James Jackson III, delivered an outright endorsement of Trump last week after learning what tax rates would be under Democratic presidential nominee Joe Biden, but later appeared to retract his endorsement amid backlash.

As a business mogul, Trump was an icon in hip-hop music for more than three decades and rappers, including Lil Wayne, hailed his wealth and power in hundreds of lyrics, but once he jumped into the political ring in 2015, he was fervently rejected by the hip-hop community.