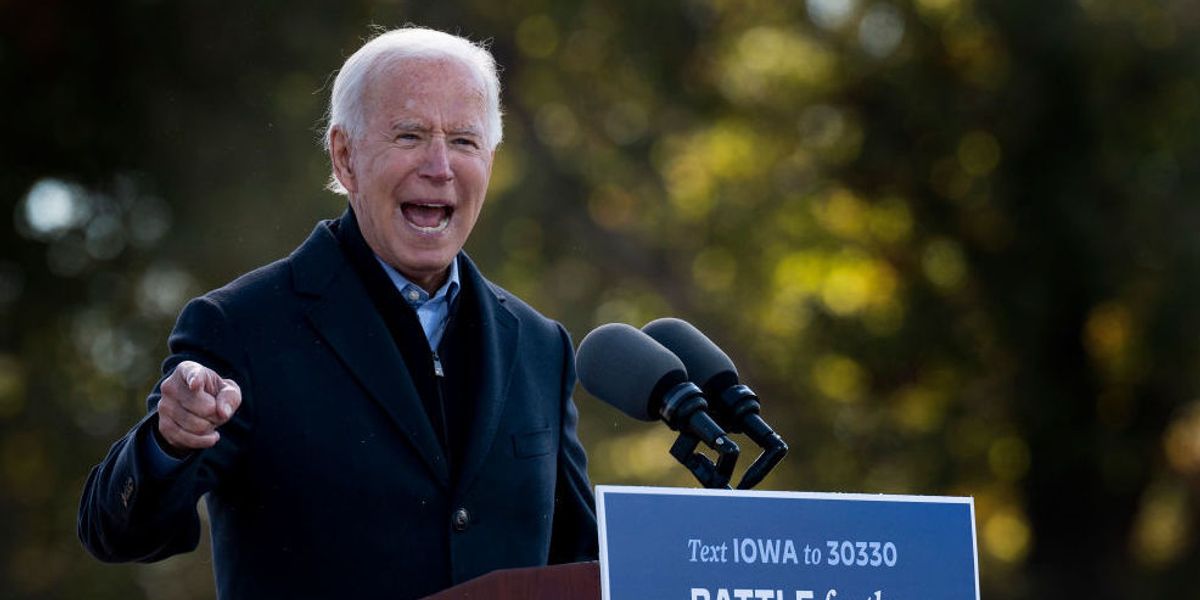 Video showed that, during a Biden campaign stop in Minnesota, Trump supporters attempted to crash and interrupt the Biden campaign event by making noise and honking their car horns.

As Biden slammed Trump over his response to the coronavirus, the former vice president attempted to drown out the noise — but it was just too loud.

“Look, President Trump is spreading division and discord,” Biden said. “He thinks that he can divide us, we won’t notice his failures, that’s what it’s all about. That’s why he shamelessly equates Somali refugees — folks seeking a better life in America, contributing to this state and our country — with terrorists, as he did last night.”

“We need a president who will bring us together, not pull us apart,” Biden continued. “I’ll deal with this pandemic responsibly, bringing the country together around testing, tracing, masking.”

That’s when Biden shifted to promote a national face mask mandate — and angrily snapped at Trump supporters in the process.

“Dr. Fauci called for a mask mandate last week,” Biden said. “This isn’t a political statement like those ugly folks over there beeping the horns. This is a patriotic duty for God’s sake!”

Listen to the cars honking at Biden’s event in St. Paul, Minnesota while he’s yelling at the top of his lungs, tryi… https://t.co/aH6BIX01Gk

Friday’s outburst was not the first time that Biden has lashed out at Trump supporters.

“By the way, we don’t do things like those chumps out there with the microphone are doing, the Trump guys,” Biden said. “Look, we’ve got to come together.”

“I’ll work as hard for those who don’t support me as those who do, including those chumps at the microphone out there,” Biden said. “That’s the job of a president, the duty to care for everyone. The duty to heal.”

Joe Biden to Announce 2024 White House Bid After Holidays
Former transgender Navy SEAL announces de-transition, says he was ‘propagandized’ and pulled into a ‘cult’: ‘Everyone is converting all these kids into transgender’
Woke Hollywood Director James Cameron Calls Testosterone a “Toxin” That Must Be Expelled From System
DeSantis Continues to Look Like the Safer Bet in 2024
Flashback: The Media’s Clown Show Coverage of 2015 Terrorist Attack