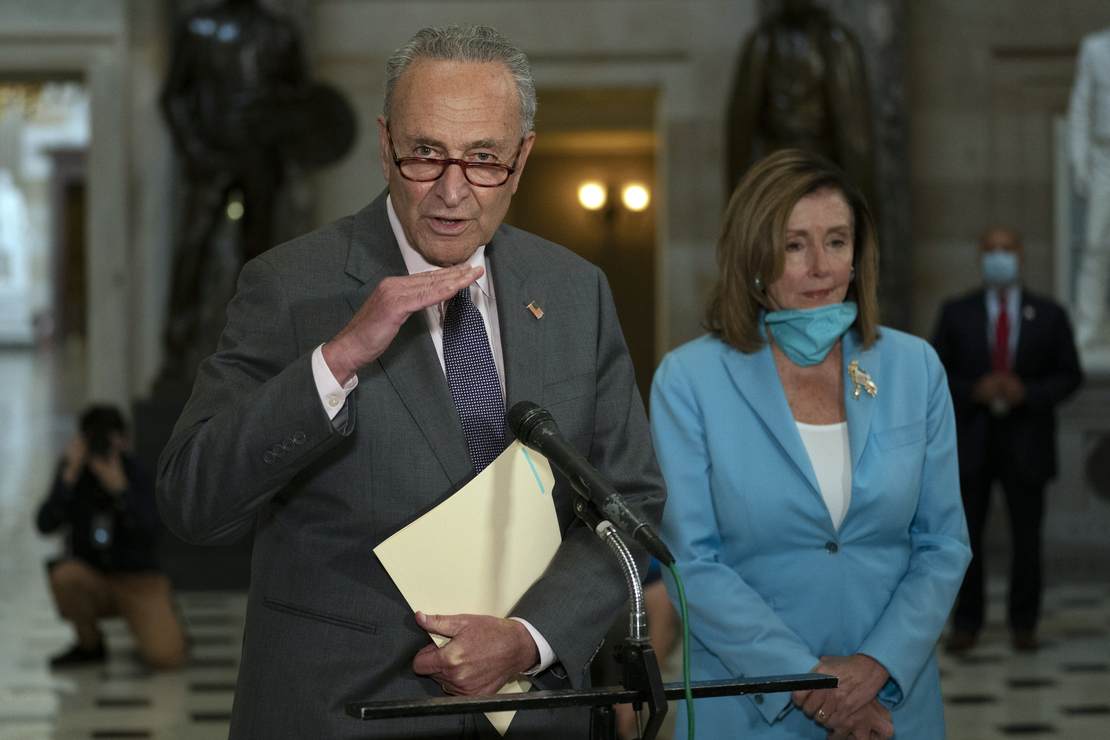 House Democrats went into Election Day supremely confident that they were going to put another nail in the Republicans’ coffin. They had outraised and outspent Republican candidates across the board. They felt the issues of pandemic response and Obamacare favored them.

Democrats spoke confidently of picking up 10 to 15 seats — perhaps more. Of course, this is after Joe Biden cruised to an easy victory over Donald Trump, with Democratic majorities in the House and Senate riding on his coattails.

But the polls were wrong. They were very wrong. So when reality hit Nancy Pelosi and her caucus this morning, they realized they hadn’t gained a single seat in Congress. In fact, as of noon Wednesday, Democrats had lost 5 seats and were trailing in several others.

It turns out that the American people prefer to vote for candidates who aren’t radical leftists hellbent on “transforming” the country. Why this comes as a surprise to Democrats, who believe many of their more outrageous proposals like the Green New Deal and Medicare for All are ready to be embraced by the electorate, is a mystery.

While Democrats will retain their majority, a handful of their front-line members — incumbents facing the toughest races — had been defeated. And after boasting about how they’d expanded the map and were playing “deep into Trump country,” they’d failed to pick off even a single House Republican running for reelection. Democrats did manage to pick up a pair of GOP-held open seats in North Carolina, where redistricting had made the districts much bluer, and a third in Georgia after the retirement of vulnerable GOP Rep. Rob Woodall.

Democrats made the most fundamental political mistake you can make; they overestimated the popular appeal of many of their issues and candidates. Democrats did not win a single district won by Donald Trump in 2016 — a bitter disappointment given the high hoes — and large amounts of cash — they had for those races.

The spate of Democratic losses were not limited to any one geographic region. In rural Minnesota, Rep. Collin Peterson (D), a 15-term veteran and chairman of the Agriculture Committee, was clobbered by the state’s former lieutenant governor, who’d linked Peterson to the liberal Pelosi.

In the suburbs of Oklahoma City, Rep. Kendra Horn (D), a first-term moderate, was defeated by Republican Stephanie Bice, a state senator, in one of the country’s most contested races.

Two first-term Democrats in Florida’s Miami-Dade County: Reps. Debbie Mucarsel-Powell and Donna Shalala, the former Health and Human Services secretary under President Clinton, also went down in flames. It must have felt like the “Revenge of the Hispanics” as Cuban-Americans voted out Democrats who wanted to normalize relations with Cuba.

There are several races still undecided. Two districts in California, the 21st and the 25th, have yet to be called and Rep. Bustros’s own race is too close to call.

While votes were still being counted Wednesday morning in races around the country, an additional number of Democratic incumbents were trailing or locked in a tight races, including Abby Finkenauer (Iowa), TJ Cox (Calif.), Anthony Brindisi (N.Y.) and Max Rose (N.Y.), a former Army Ranger representing Staten Island.

Republicans also ran a host of women candidates, five of whom will go to Washington in January.

It’s an open question at this point whether Nancy Pelosi can survive as Speaker. In fact, the top leadership of the House and Senate will find members more than willing to take out their frustrations at these losses on them. There is likely to be blood on the floor of Congress when the Democrats who are left caucus to determine their leaders.