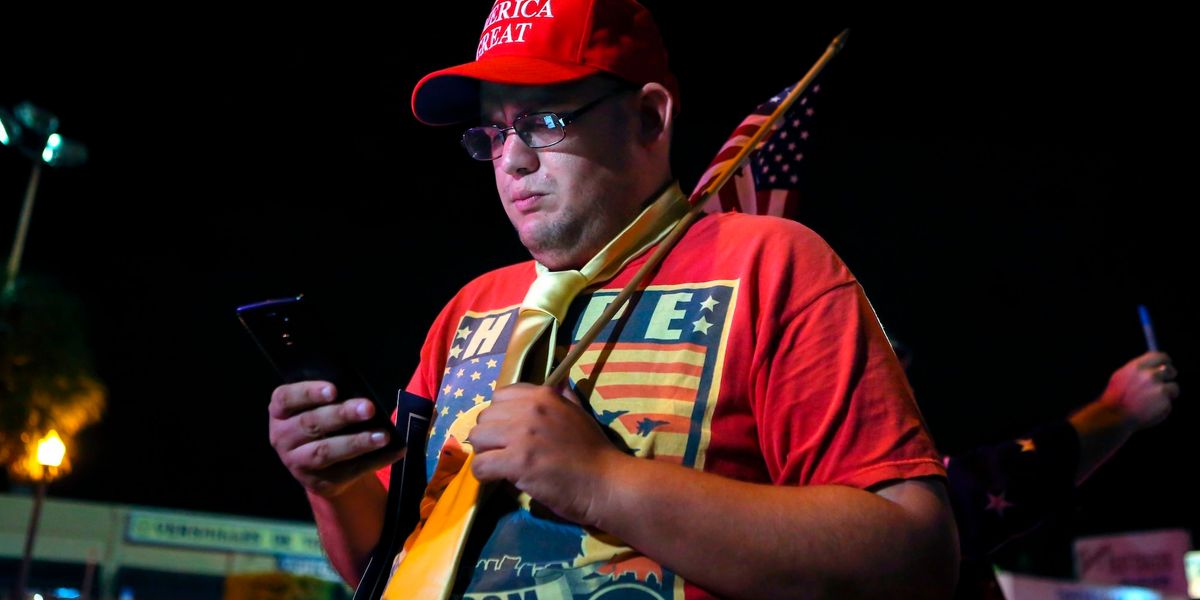 While Americans eagerly awaited the results of the election to roll out on Tuesday, Google says that they sought out french fries and liquor to cope with the stress.

The search results were reported by Google Trends via their official social media account on Tuesday.

Google Trends reported that “fries near me” and “liquor stores near me” were at all time highs on election day.

They went on to document the foods that were most in demand while Americans waited to find out who would lead the most powerful country in the world.

Are you thinking about food, this #ElectionDay?

You are not alone. https://t.co/8kVXwVEsA7

Pizza, Chinese food, Sushi, and Mexican food were highly sought, and liquor showed up again in the searches.

People also searched on Google for explanations of common election terms, including “projected winner,” “too early to call,” “incumbent,” and “electoral vote.”

Among those foreign countries where people showed the most interest in the U.S. election, Cuba topped the list, Germany coming in second, and Ethiopia, Iran, and Ghana, in the top five.

Election night dragged on into late Tuesday as confusing and conflicting reports of vote tallies came in from different states. Early Wednesday morning the president announced that he had won big but that Democrats were trying to steal the election, while Democratic presidential candidate Joe Biden said that he expected to win after the official count was completed.

“I’m here to tell you tonight, I believe we’re on track to win this election,” Biden said in Delaware.

“We knew, because of the unprecedented early vote and the mail-in vote that it was going to take awhile,” he added. “We’re going to have to be patient until the hard work of tallying votes is finished — and it ain’t over until every vote is counted, every ballot is counted.”

Here’s more about Americans eating their feelings on election day:

Scottish Rugby Player Siobhan Cattigan Dies Suddenly at the Age of 26
Dr. Oz Launches Bid for U.S. Senate in Pennsylvania as a Republican
Parents of Michigan School-Shooting Suspect Arrested after Long Manhunt
Whitlock: Here’s why Darrell Brooks and the Waukesha massacre must be politicized
Another Imperial Regulator on the Way?