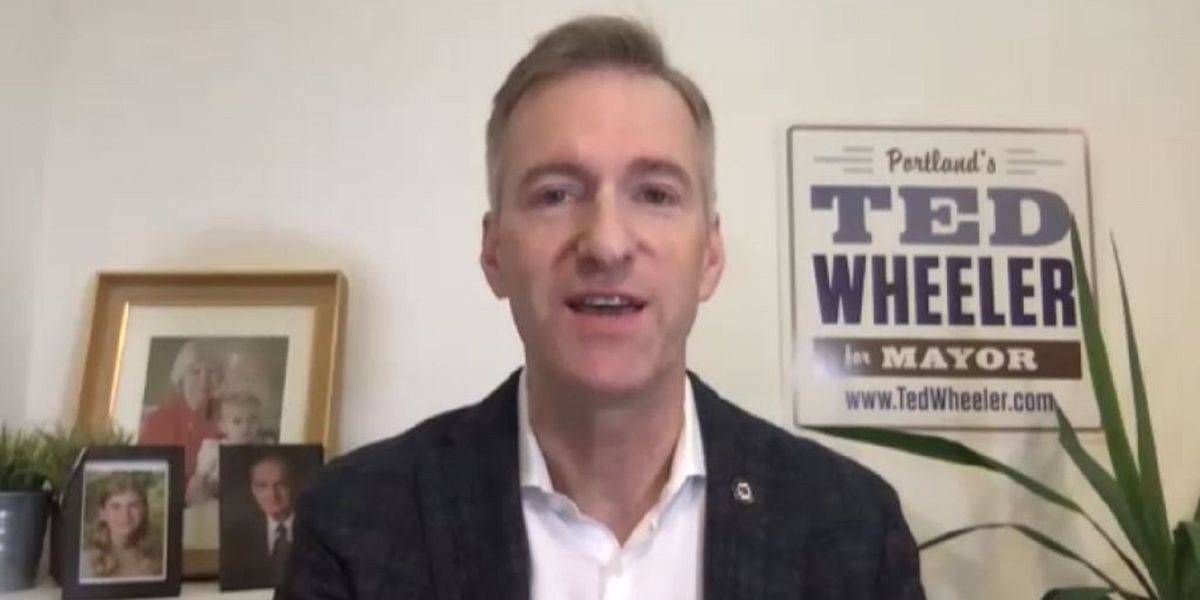 Portland Mayor Ted Wheeler has won a second term leading the city that has been ravaged for months by far-left rioters, fending off a challenge from pro-Antifa rival Sarah Iannarone.

KGW-TV reported that Wheeler secured 46% of the vote against Iannarone’s 41%, while 13% of Portlanders wrote in a candidate.

“”I want to thank the voters of Portland for the opportunity to continue serving as your mayor,” Wheeler told the local station following his victory Tuesday night. “This has not been an easy year for many of us. I know many of you are frustrated with the direction of our city as we address the challenges of a pandemic, an economic recession and protests that have inspired both overdue change and unacceptable violence.”

According to the New York Post, leading up to the election, Wheeler “had appeared politically vulnerable because of the anti-police protests that have plagued his city.”

Less than a month ago, polling indicated that Wheeler was trailing Iannarone by 11 points among likely voters.

Although Wheeler has blamed “white supremist [sic] organizations” for the violence that has plagued his city rather than far-left activists, the mayor’s campaign dug up evidence to show voters that Iannarone was far too radical even to lead the progressive bastion of Portland.

Last week, after the race had narrowed to neck-and-neck, the Wheeler camp called out Iannarone for tweeting a picture of a ballot in 2016 that she caption as “quite possibly by favorite ‘I voted this way’ photo to date.” The ballot contained write-in votes for Joseph Stalin, Mao Zedong, Fidel Castro, and other murderous communist dictators.

Quite possibly my favorite “I voted this way” photo to date (tho I 😍 them all) #pdxmayor #forcetherunoff https://t.co/1lEFSWf15y

Iannarone campaign manager Gregory McKelvey told KOIN-TV that the ballot was not Iannarone’s, but that she “posted the ballots of many of her supporters who sent them in after voting for her.”

Wheeler campaign manager Danny O’Halloran said it does not matter whether the ballot was Iannorane’s or not.

“No one who saw that tweet would have any way of thinking that (it wasn’t her ballot),” O’Halloran told KOIN. “But more importantly it doesn’t really matter. On that ballot is a vote for Sarah Iannarone and everyone else written in was a Communist dictator. And her choosing to post that is just as inflammatory and mocks our democratic institutions in just the same way.”