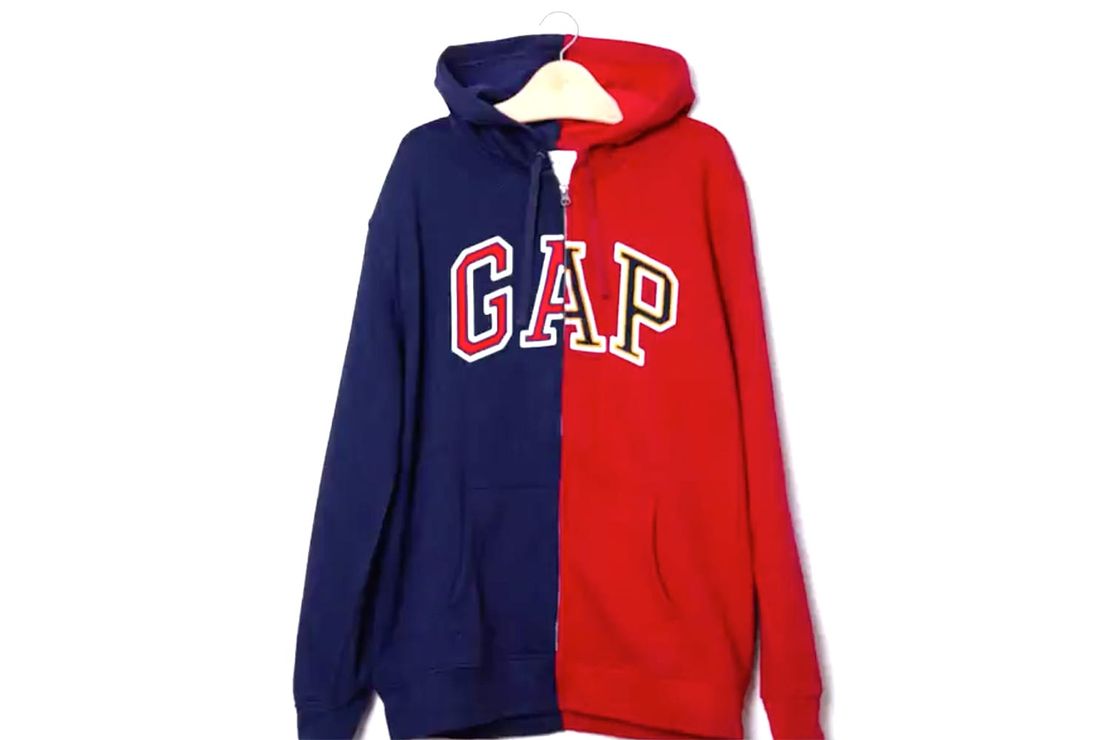 By the time you read this, we may or may not know who will be the president of the United States for the next four years (or however long Joe Biden holds out). If you haven’t been following the election drama, the short version is that it’s complete chaos and every news organization seems to have its own electoral count. Neither guy has gotten to 270. All the Biden people and Trump people are yelling at each other, accusing each other of cheating, calling each other liars, declaring victory prematurely, etc. We may not know the winner today, or this week, or possibly even this month. The 2020 election isn’t going to be the Biden blowout predicted by the media, the pollsters, and their fellow Democrats, but it also won’t be the Trump blowout that some other jerks predicted.

Gap has now deleted this tweet. A spokesperson told me that it was not a real hoodie for sale. pic.twitter.com/CDV18Zaz48

The Gap roasted for tweet with red-and-blue hoodie calling to “move forward” together https://t.co/HUVE4rWlNr pic.twitter.com/ogAhapo8de

The Gap is pulling a widely mocked social media post about a hoodie that symbolized a united America, saying it was “just too soon.”

The casual clothing brand raised eyebrows Wednesday, as ballots were still being counted in the White House race between President Trump and Democratic nominee Joe Biden, when it tweeted an image of a half blue and half red hoodie.

“From the start we have been a brand that bridges the gap between individuals, cultures and generations. The intention of our social media post, that featured a red and blue hoodie, was to show the power of unity… It was just too soon for this message. We remain optimistic that our country will come together to drive positive change for all,” Gap Inc. corporate communications said.

Yeah, right! I mean, people are angry at a hoodie. A hoodie that isn’t even for sale. Because it’s blue on one side and red on the other. Nobody’s happy, and they’re determined to stay that way.

Well, almost nobody. Stephen L. Miller at The Spectator makes a pretty good case that Biden barely winning is the best outcome possible, considering Republicans still control the Senate, and now a majority of the Supreme Court actually takes the Constitution seriously.

The dour mood on the left right now kind of proves they never really cared about Biden or his own policies. They saw him as a vessel they could use and push. That’s why there’s not celebratory mood right now. Agenda = dead.

They say a good compromise is one where both parties leave the table feeling like they just got screwed, right? Well, that’s what we’re looking at here. This scenario has got something for everybody: The Trump-haters are rid of their worst enemy, and the Trump-lovers get to watch Biden and/or Harris futilely try to get anything done for the next four years.

Or, if Trump manages to eke out another victory, that’s fine too. He’s accomplished a lot of what his voters wanted him to do already, the libs’ dire fantasies of a fascist hell-state haven’t come to pass (aside from the virus released on the world by the Chinese Communist Party), and we’d get to enjoy the Democrats’ abject despair. Sure, another Trump term would be fine. Either way is good, really.

You know me, Dear Reader, I’m an eternal optimist. America has been through tougher times than this, and the people who keep trying to set us against each other just got a stern rebuke from the electorate. If the Democrats manage to drag Joe over the finish line, let them have their pyrrhic victory. If their heartbreaking loss in 2016 taught them nothing, then a narrow win in 2020 will teach them even less.

Drive a lib crazy today. Give ’em a smile!

P.S. Another bright spot: Libs are turning on the Lincoln Project. Tee hee!