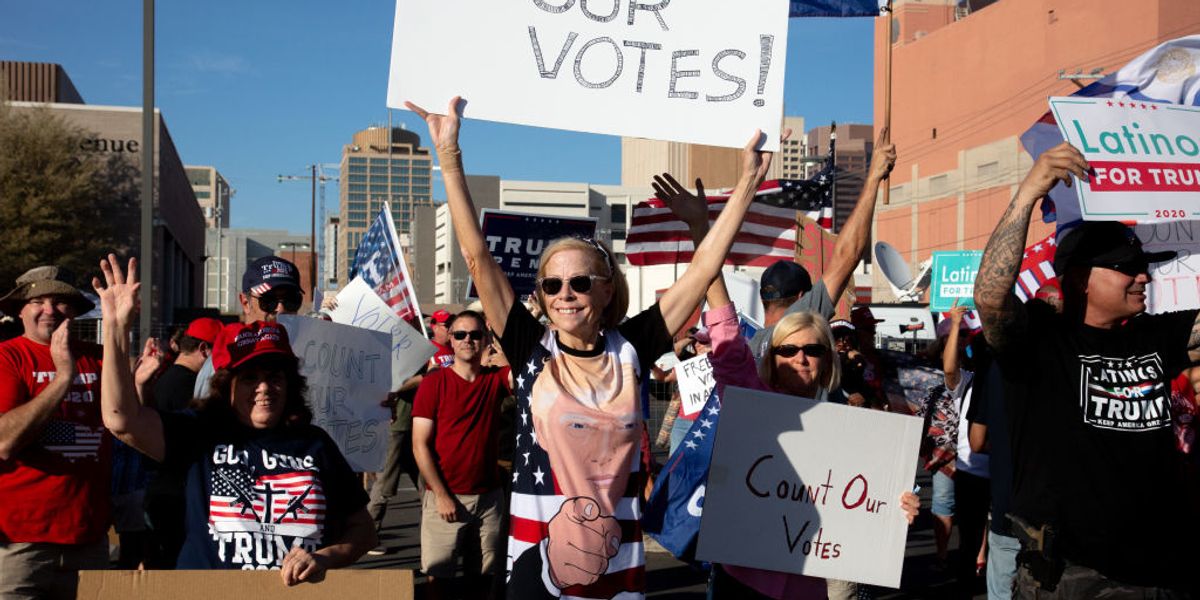 In the key state of Arizona, the latest batch of votes that have been counted have reduced Biden’s lead even further, to the point where it has shrunk to less than 47,000 votes.

Arizona has become a hot point of contention in the 2020 race after Fox News called the state on Tuesday night in a move that was hotly contested by the Trump campaign. At the time, President Trump trailed former Vice President Biden by over 100,000 votes, with substantial remaining votes in Maricopa County, which was trending blue.

However, the Trump campaign insisted that the remaining mail-in votes to be counted would break the president’s way, and thus far, the numbers have borne that out. Over the last two days, Biden’s once-formidable lead in Arizona has frittered away to less than half of what it once was.

The batch that was dropped on Thursday night consisted largely of Maricopa County votes, and President Trump carried those votes by a margin of 42,476 to 31,700 for Biden, meaning that Trump made up over 10,000 votes in a county that was widely expected to break for Biden.

It remains unclear whether the remaining votes will be sufficient to put President Trump over the top in Arizona.

As of this moment, Fox News has stood by its call of Arizona for Biden.

Arizona has become such a critical battleground because of the fact that, in addition to holding on to precarious leads in Georgia and Pennsylvania, Trump would also have to win either Arizona or Nevada in order to prevent Biden from reaching 270 electoral votes. Most election observers believe that Nevada — where the overwhelming bulk of remaining votes are in heavily-Democratic Clark county — is already out of Trump’s reach.

Glenn Beck: Here’s how YOU can fix the Great Reset’s housing crisis
13-year-old accidentally shoots 5-year-old in the head while making video for social media on Thanksgiving, police say
The Problem with CUA’s Painting of George Floyd as Jesus Christ
Biden says fight against Omicron variant will not include ‘shutdowns or lockdowns’
NEW NewsBusters Podcast: Chris Cuomo (Briefly?) Punished for Lying