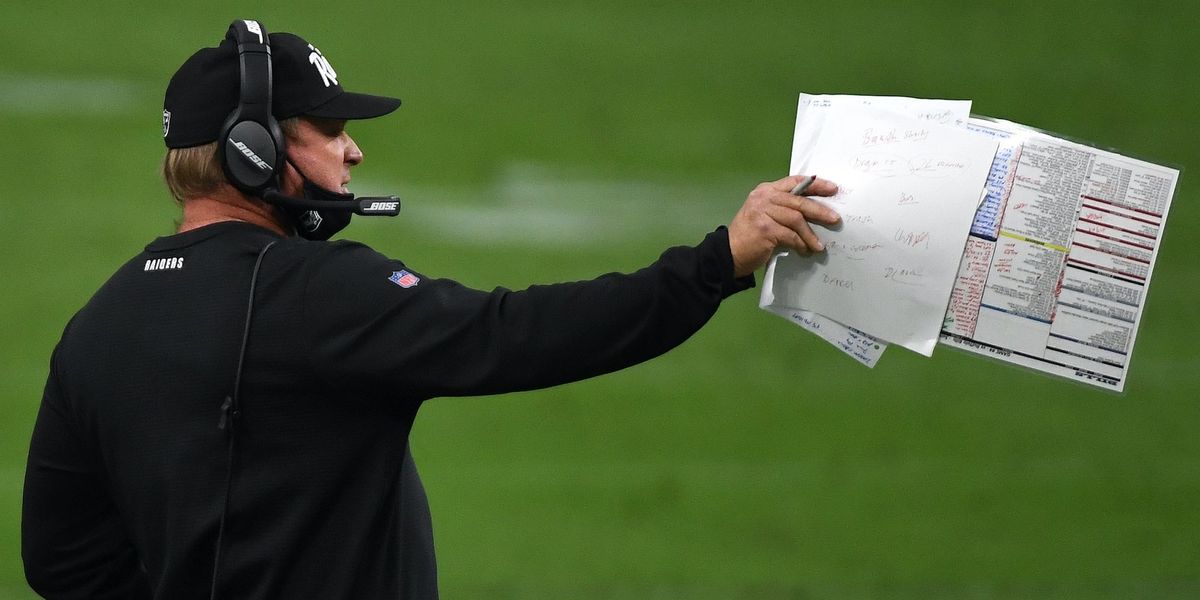 The NFL wasn’t playing when it said it was going to implement and enforce more stringent COVID protocols. After sending a first round of fines following Week 2 of the season, the league levied even bigger fines and punishments on two teams this week, according to ESPN.

Not only did the fines total in the hundreds of thousands of dollars, but also one team was stripped a 2021 draft pick.

The Las Vegas Raiders and the Pittsburgh Steelers found themselves in hot water this week. The NFL cracked down to the two clubs for violating the league’s increasingly stringent COVID protocols.

In September, Raiders coach Jon Gruden and his team were fined $100,000 and $250,000 respectively for Gruden’s failure to wear a mask on the sidelines during a game against the New Orleans Saints.

Now the team has suffered a new round of fines, and the have been stripped of their sixth-round pick in the 2021 draft, ESPN reported.

Gruden was fined another $150,000, and the club was dinged $500,000. A few players also faces smaller individual fines for violations.

ESPN’s Adam Schefter said the recent round of fines were based on three main violations:

● Coach Gruden has failed to wear a mask consistently.

Gruden has repeatedly apologized for his lax masking, noting “I’ve had the virus. I’m doing my best. I’m very sensitive about it.

● A number of players attended a large indoor gathering.

The event in question was an event for Raider tight end Darren Waller’s charity, the Waller Foundation on Oct. 5. Multiple players were at the charity event but were massless and mingling with the crowd.

● The team permitted an non-credentialed person into their locker room after a game.

Gruden said during a video news conference, “”I’m just going to say [I’m] very proud of our organization, how we’ve handled this entire protocol and this entire process and I’m not going to comment any further than that. We, as I said last week, I believe we’re on the cutting edge of being the best in servicing players and I’ll leave it at that,” ESPN reported.

The Steelers were fined a total of $350,000, according to a Friday morning EPSN report.