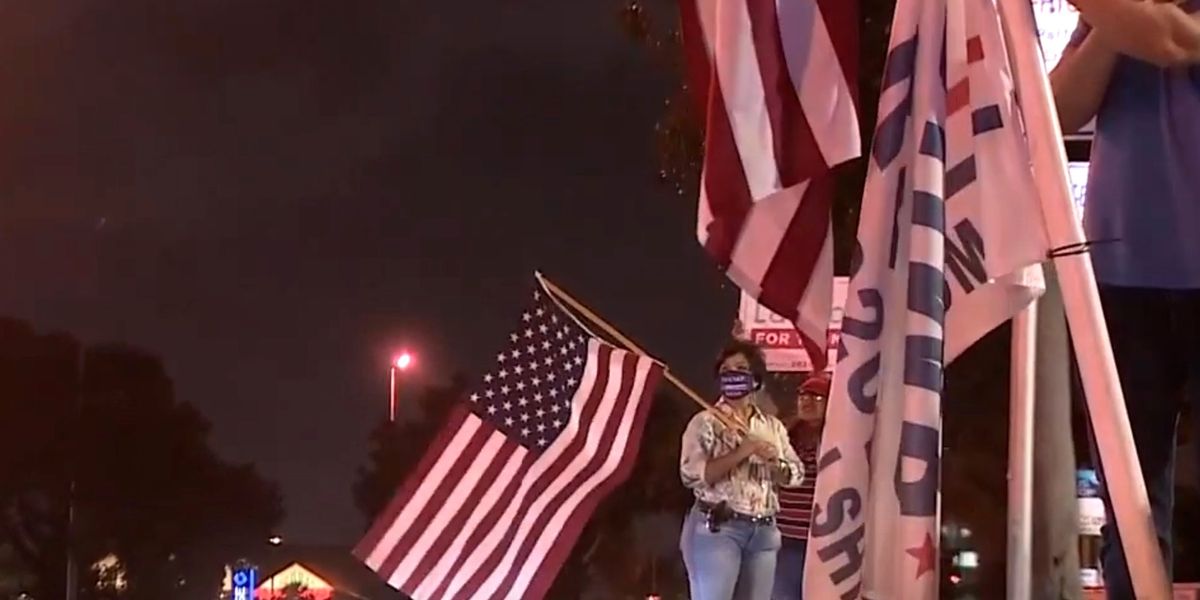 Police say someone drove by a street corner rally for President Donald Trump in Fort Lauderdale, Florida, and fired into the crowd with a pellet gun, striking two supporters of the president.

Fort Lauderdale police said the two adult victims were treated at the scene for minor injuries and released.

Witnesses said that they saw a black Porsche SUV round the corner they have called “Freedom Corner” before the shots rang out.

Trump supporter Celeste Ellich told the South Florida Sun Sentinel that they had experienced drivers throwing water bottles at them but this was the first time someone shot at them with a pellet gun.

“You still should be able to stand there and peacefully protest,” said Ellich. “I was waiting for something like this to potentially happen.”

One of the victims spoke to WSVN-TV about the attack.

“I didn’t come out here looking for trouble, I came out here with a flag to support my president!” said an emotional Evelyn Alvarez.

She showed the wound where she had been shot in the temple, very close to her eye.

“We were having a peaceful rally to show support for our president, just out here flag waving and with our signs,” said Alvarez.

She said that they heard the occupants of the car shouting obscenities during the attack. Another woman was hit in the shoulder.

One Trump supporter posted video reportedly showing the aftermath of the shooting with the police response.

A similar incident was documented in the nearby neighborhood of Wilton Manors where two pedestrians were shot with paintball pellets by people driving by in a truck. No political motivation was reported in that attack.

Ellich, who is the director of the Republican Liberty Caucus of Florida, said that they would make sure future events ended before dark.

Here’s a local news video about the attack: