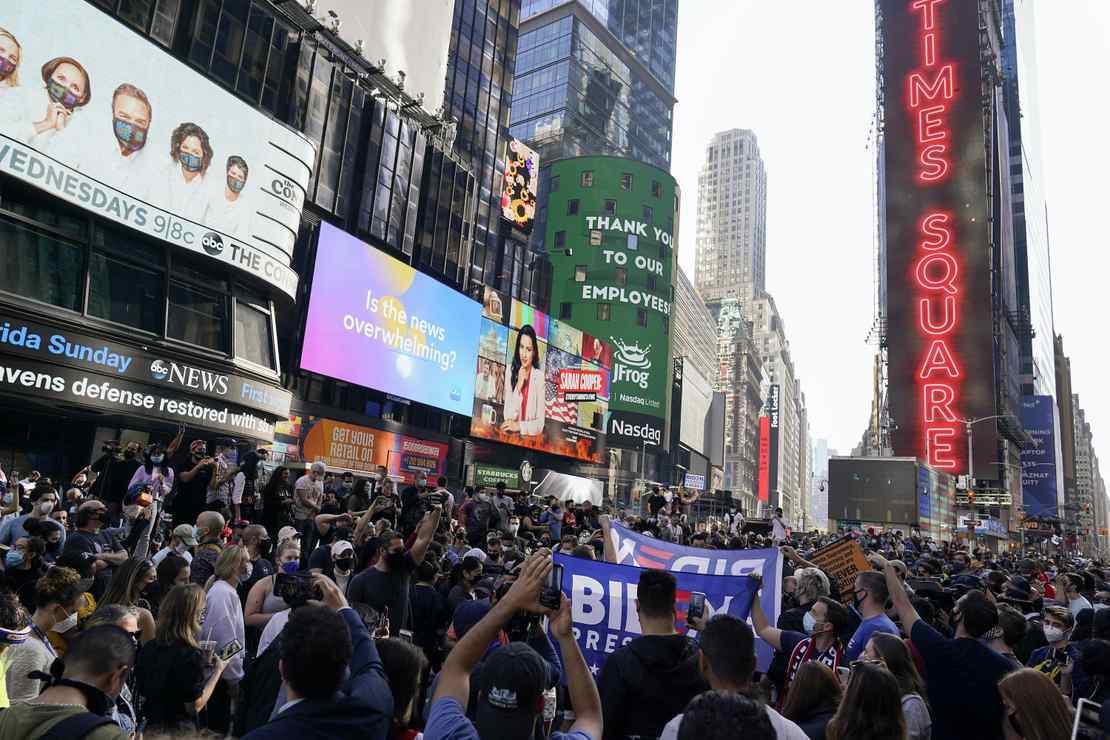 Did you get the memo? The pandemic is over! We can now gather in large crowds again and life can go back no normal.

That’s right. Have you seen the footage? A large crowd gathered at the White House:

The crowd outside the White House celebrating Joe Biden’s projected victory is blaring YMCA — the song President Trump closed out his latest rallies with. pic.twitter.com/UkrsBq8l5M

And more in Philadelphia, Pennsylvania:

Cheers of “Trump! You’re! Fired!” break out in Times Square as thousands of New Yorkers celebrate the defeat of @realDonaldTrump pic.twitter.com/PNpduWybAb

In Brooklyn, New York, a crowd cheered the USPS, because, hey why not, they may have stolen the election for them:

Brooklyn and the USPS, cheering each other on. pic.twitter.com/RURUtadYEt

How many of the people were too afraid to vote in person but felt perfectly safe gathering in crowds of hundreds, maybe thousands of cities nationwide so they could celebrate the alleged results of the presidential election? Remember, a week ago, these people were calling Trump’s rallies “superspreader events.”

The same people who told us over and over again that it wasn’t safe to keep businesses open, or hold a funeral for a loved one, send our kids to school, go to sporting events or even go to houses of worship are celebrating in large crowds just like they rioted and looted for “social justice” over the summer.

Smoking gun confidential Pfizer document exposes FDA criminal cover-up of VACCINE DEATHS… they knew the jab was killing people in early 2021… three times more WOMEN than MEN
Piers Morgan says Dr. Fauci should ‘put his ego away … and shut the f*[**] up’
Doctors Warn of New Woke Accrediting Guidelines For Medical Schools
Can the Supreme Court Keep a Secret If <i>Roe</i> Is Going Down?
Scottish Rugby Player Siobhan Cattigan Dies Suddenly at the Age of 26