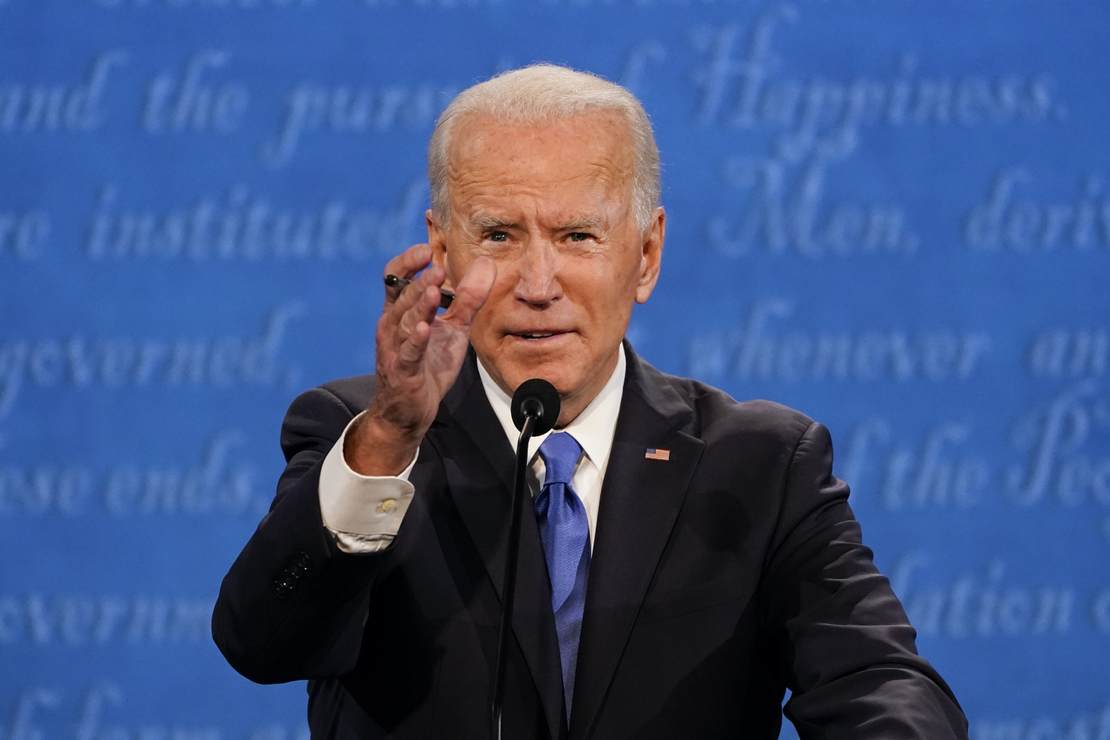 On Tuesday, the American Principles Project (APP) filed a Federal Election Commission (FEC) complaint against Facebook, claiming the social media company broke the law by censoring an APP PAC ad attacking Joe Biden and Sen. Gary Peters (D-Mich.). The ad slammed their support for a law that would force biological girls to compete with biological boys. Even though PolitiFact could find no factual error in the ad, the “fact-check” claimed the ad was “missing context” because it contradicted Biden’s transgender agenda. Facebook used this “fact-check” to flag the ad.

“Facebook censored several APP PAC ads this election cycle. The basis for this FEC complaint focuses on the first, which attacked Gary Peters and Joe Biden for their support for the Equality Act, which would destroy women’s sports if it were passed into law,” APP Executive Director Terry Schilling said in a statement.

“By censoring this ad on such a flimsy basis, and by allowing ads in favor of Democrats to run unfettered on its platform, Facebook materially contributed to the campaigns of Peters and Biden,” Schilling added. “Our complaint alleges that this in-kind contribution amounted to nearly $50,000 — a clear violation of federal campaign finance law.”

“We urge the FEC to consider APP PAC’s complaint and launch an investigation as soon as possible,” the APP director added.

“All female athletes want is a fair shot at competition: at a scholarship, at a title, at victory,” the ad begins.

“But what if that shot was taken away by a competitor who claims to be a girl but was born a boy? Senator Gary Peters and Joe Biden support legislation that would destroy girls’ sports. They call it equality. Really? That’s not fair. Not fair at all,” the voiceover reads as videos show teenage girls running a race and losing to a boy.

“Vote against Gary Peters and Joe Biden. They are too extreme for Michigan,” the ad concludes.

This ad echoes longstanding complaints about the dangers of allowing biological males who claim to be transgender to compete against biological females in women’s sports.

“While boys and girls have comparable athletic capabilities before boys hit puberty, male puberty quickly increases the levels of circulating testosterone in healthy teen and adult males to levels ten to twenty times higher than the levels that occur in healthy adult females, and this natural flood of testosterone drives a wide range of physiological changes that give males a powerful physiological athletic advantage over females,” the lawsuit explains. “Inescapable biological facts of the human species [are] not stereotypes, ‘social constructs,’ or relicts of past discrimination.”

The suit lists 8 broad physiological athletic advantages males enjoy over girls and women after the onset of puberty, including larger lungs, larger hearts, an increased number of muscle fibers and muscle mass, higher myoglobin within muscle fibers (enabling faster transfer of oxygen to those muscles), larger and longer bones, increased mineral density in bones, and height.

Due to these long recognized advantages, sporting events have long had different standards for boys and girls to accommodate the athletic striving of biological females. For example, women’s volleyball nets are 7 inches lower, the weight of high school shot put for boys is 36 percent heavier, the hurdle is 6 inches higher for boys, etc.

Yet Democrats like Biden and Peters have endorsed the Equality Act, a pro-transgender measure that would open women’s sports to biological males, without any provisions to mitigate the clear physical advantages males have over females.

PolitiFact did not claim the ad was false, but it did reframe the issue in a way that benefitted Biden and Peters.

“The basis of the attack? Peters has co-sponsored the Equality Act, a bill that would prohibit discrimination on the basis of sexual orientation and gender identity in employment, education and public accommodations. Democratic presidential nominee Joe Biden also supports the bill,” PolitiFact explained.

The “fact-check” ran with a “Republicans pounce” angle. “While the legislation addresses discrimination in a range of areas, many Republican opponents have focused on the fact that it would allow transgender students to compete on school sports teams based on their gender identity rather than their sex assigned at birth. … Their specific criticism is that allowing transgender girls and women to compete on the basis of their gender identity would create an uneven playing field for [student-athletes] and ultimately end girls’ and women’s sports. That’s a prediction we can’t fact-check.”

PolitiFact ran a quote from Peters’ reelection campaign toward the top of the article, denouncing the ad as “a blatant attempt to mislead voters and distort the truth about the Equality Act.” PolitiFact reserved Schilling’s quote for the twenty-fifth paragraph of the article, after quotes from Peters supporting the bill in 2015 and a supporter at the National Women’s Law Center.

PolitiFact did not even mention the fact that many feminists — and some outspoken lesbians — have joined with conservatives in opposing the Equality Act because it opens up women’s private spaces to biological men. This is not to say that all people who identify as transgender are a threat to women, only that bans on “discrimination” against transgender people cannot protect women from men who masquerade as transgender in order to prey upon them.

APP reached out to PolitiFact, asking exactly what “context” was “missing” from the ad and what language APP would have to ad in order to satisfy the outlet. PolitiFact refused to give a clear answer.

In the FEC complaint, APP PAC’s social media consultant John Drogan estimated exactly how much Facebook’s decision to throttle the ad helped the Biden and Peters campaigns. APP PAC had planned to spend $168,658 on the ad, which would have allowed the ad to reach approximately 600,000 voters in Michigan, with an estimated 5,692,136 impressions. Before Facebook blocked the ad, APP PAC had spent $23,541.26 on the ad and had reached 211,392 Michigan voters.

When Facebook blocked the ad, the PAC was “unable to reach the additional 388,608 voters in Michigan with that particular message,” the FEC complaint explains. “The necessary corollary is that the campaign of U.S. Senator Gary Peters was gifted the financial value of the APP PAC ad that would have reached those remaining 388,608 voters with the contra-Peters ad, but never did because of Facebook’s actions; thus, at $0.11 per voter contact x 388,608 voters not reached, this amounts to a $47,746.88 in-kind contribution through Facebook services to the campaign of Democrat Gary Peters.”

Sen. Mike Lee (R-Utah) rightly mentioned this episode in the Big Tech hearing on Tuesday. “When did ‘lacking context’ become a new standard for political ads?” Lee asked Facebook CEO Mark Zuckerberg. He also asked, “Have you applied the ‘lacking context’ label to any Democratic ads, a single one that you can identify?”

Zuckerberg did not explain the “lacking context” marker, but he did defend Facebook’s third-party fact-checking program.

Facebook is in a difficult position, but it did enable PolitiFact to use a “missing context” label to suppress a legitimate — and factually correct — argument against Peters and Biden. The FEC should investigate the situation. Facebook may have violated the law by giving an in-kind contribution to these campaigns.

I’m an Evangelical Christian. Here’s How Some Lesbian Feminists Became My Heroes.