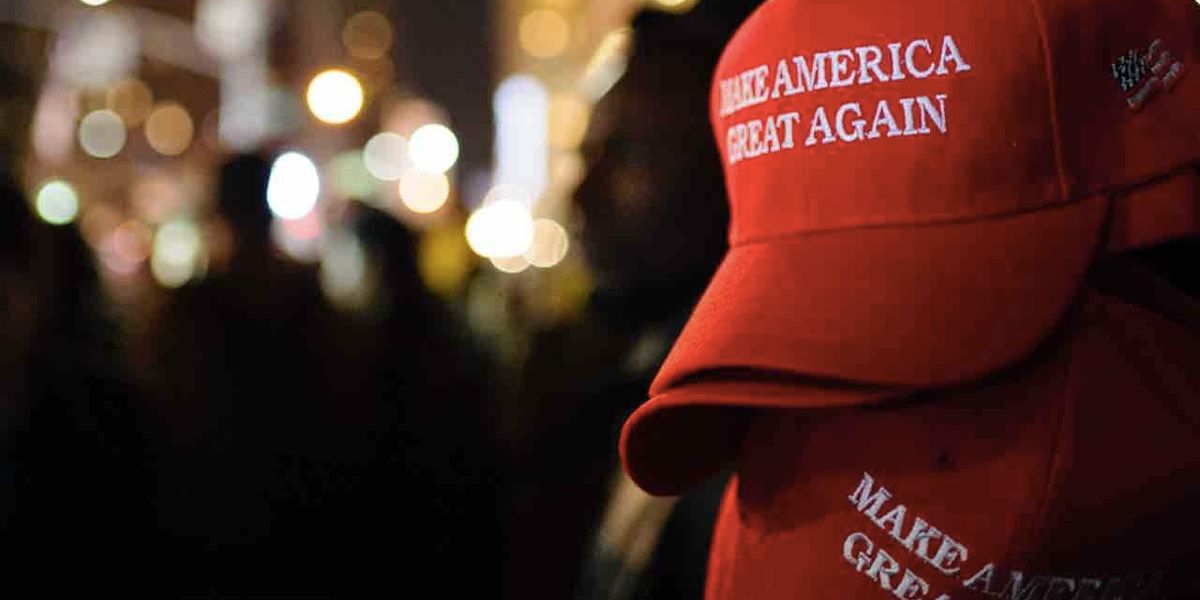 The head of a prestigious private school in California called the Make America Great Again hat — the iconic symbol of President Donald Trump’s 2016 campaign — a “symbol of racism and hatred” after a student wore one on campus.

And Gary Krahn — head of La Jolla Country Day School — wrote in an email to school staff that the student “will not wear it again,” KUSI-TV reported.

The email from Krahn to school staff that KUSI obtained primarily described a letter to parents about the coronavirus and the post-Thanksgiving schedule; the letter didn’t include a mention of the MAGA hat. But in the email introduction, the station said Krahn described the MAGA hat incident to staff:

We also had a student wear a MAGA Hat today. I have talked with that student who now understands why that hat is offensive to our community. He will not wear it again. In addition his mom said that she is embarrassed by his actions. She will fulfill her role as a parent. We will continue to grow as a community that sees and values the dignity of all people.

Krahn also appeared in a video to the “school community” that described the incident. In the clip, Krahn said “the First Amendment is very important to me. I was willing to give my life for it as I served in the Army. It is one of the most precious things that we have in this nation.” He then explained why he spoke to the student about the MAGA hat:

Krahn added that the student “has every right to wear” the MAGA hat, and that Krahn “had friends give their [lives] for that right.”

“When I approached the student, I shared with him that he had that right to wear the hat,” Krahn added. “I also shared with him the impact it has on our community. That hat has a symbol of racism and hatred … it’s a fact that in our community, there’s a belief that that’s what that hat represents. And because we’re a community of dignity — that all people have value, and that all people are vulnerable — I wanted the student to know that his decision was gonna have an impact on people. He graciously took off his hat.”

Krahn also said in the clip that “it was not a political decision to reach out to him and that about that hat; it was a decision about dignity — the inherent value that all humans have.”

“We’re gonna continue to honor the First Amendment,” he also said. “We’re gonna continue to be a community of dignity and to realize that if our actions impact others, we have a responsibility to work on that, to improve, to grow. Our students are gonna become leaders in the community. [I] can’t think of anything more precious than to have them go out there with not only the knowledge but with the belief that all humans have value. Create the community that we dream about. That’s what La Jolla Country Day is all about.”

The station said it reached out to Krahn for comment but hadn’t heard back.

KUSI said La Jolla County Day School “is one of the most prestigious private schools in San Diego County” with yearly tuition ranging from $28,500 for kindergartners to $37,130 for high schoolers.

In a segment about the incident on his show Wednesday night, Fox News’ Tucker Carlson — who attended La Jolla Country Day — said “it was less expensive and more tolerant when I was a little kid there … sad to hear it.”