San Francisco Mayor Criticizes Renaming of Schools While Students Continue Remote LearningHouse and Senate Dems: Let’s make the Beltway the 51st state!REPORT: Trump to Meet with GOP Leader Kevin McCarthy in Florida This WeekJohn Kerry, Davos, and the ‘Great Reset’Harvard prof: People who are ‘out for a jog with no one around’ should wear a ‘two- or three-layer cloth mask’Motorists who injure protesters blocking traffic might not be liable if Missouri bill passesYouTube Extends Trump Ban, Censors Giuliani and The Epoch Times in Latest CrackdownBiden DHS Issues Domestic Terror Alert Warning of ‘Objections’ to ‘Governmental Authority’Texas AG suing Biden admin over deportation pauseRomney Dismisses Republican Claim that Impeachment Would Be ‘Divisive’
Patriot Daily Press
Skip to content 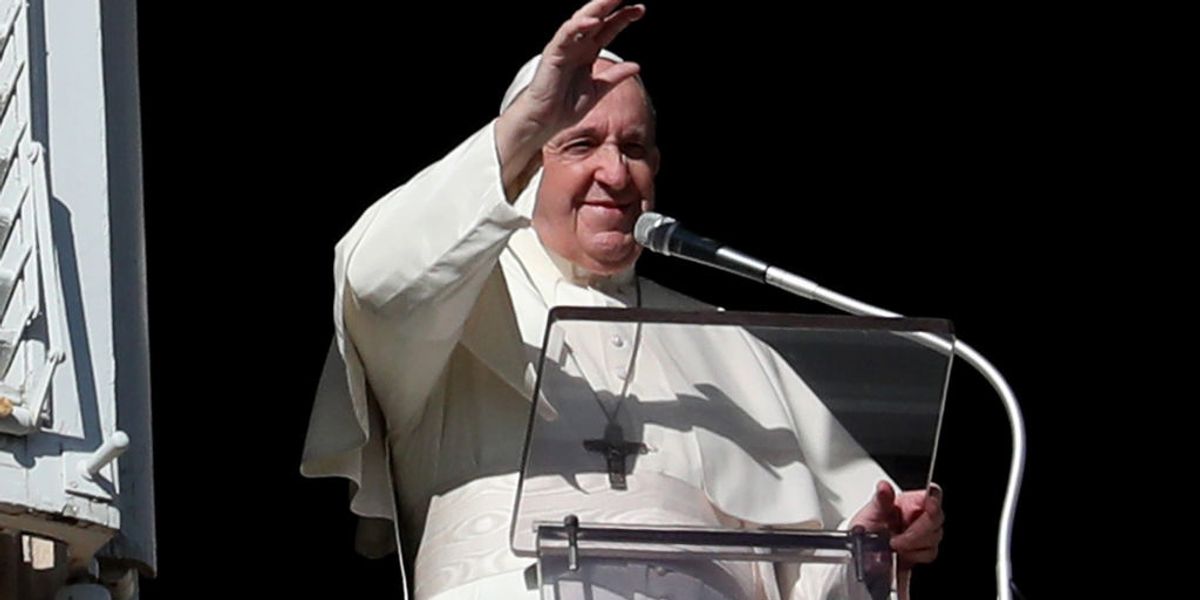 Pope Francis met with a group of NBA players on Monday and praised them for their protests, some of which were blamed for poor ratings during the NBA’s playoff run.

According to NBC News, the pope met with NBA players Sterling Brown, Jonathan Isaac, Kyle Kover, Anthony Tolliver, and Italian Marco Bellini, who translated for everyone present. Of note, Isaac faced intense criticism for being the only player in the NBA’s playoff bubble who didn’t kneel for the national anthem, explaining that, “For me Black lives are supported through the Gospel. All lives are supported through the Gospel.”

Francis gave a long interview this year that is being turned into a book titled, “Let us Dream,” and in the book Francis reportedly will express support for the protests that roiled the nation following the death of George Floyd in police custody, as well as for policies like a “universal basic income,” which has recently become a rallying cry for far-left progressives.

One of the players who met with Francis, Sterling Brown, successfully sued the city of Milwaukee after being tased following a traffic ticket incident in 2018. Brown, along with other players from the Milwaukee Bucks, nearly prematurely ended the NBA playoffs entirely when they refused to take the court following the shooting of Jacob Blake by police in Kenosha, Wisconsin.

Milwaukee Bucks players were so upset by what happened to Blake that they refused to take the floor for an opening round series game against the Orlando Magic. The league refused to enforce a forfeit against the Bucks, and all games were canceled for a period of days, in which players from at least two teams (the Los Angeles Clippers and eventual champion Los Angeles Lakers) reportedly voted to abandon the remainder of the playoffs entirely in order to focus on spreading their social justice message.

Regarding the decision to skip that game, Brown told Francis that it was “raw and emotional” for players on the Bucks.

Francis may have been a fan of the NBA players’ activism, but many NBA fans were not. Ratings for the postseason were historically low, and many fans who did not tune in specifically blamed the overt political messaging for their lack of interest in this year’s playoffs.