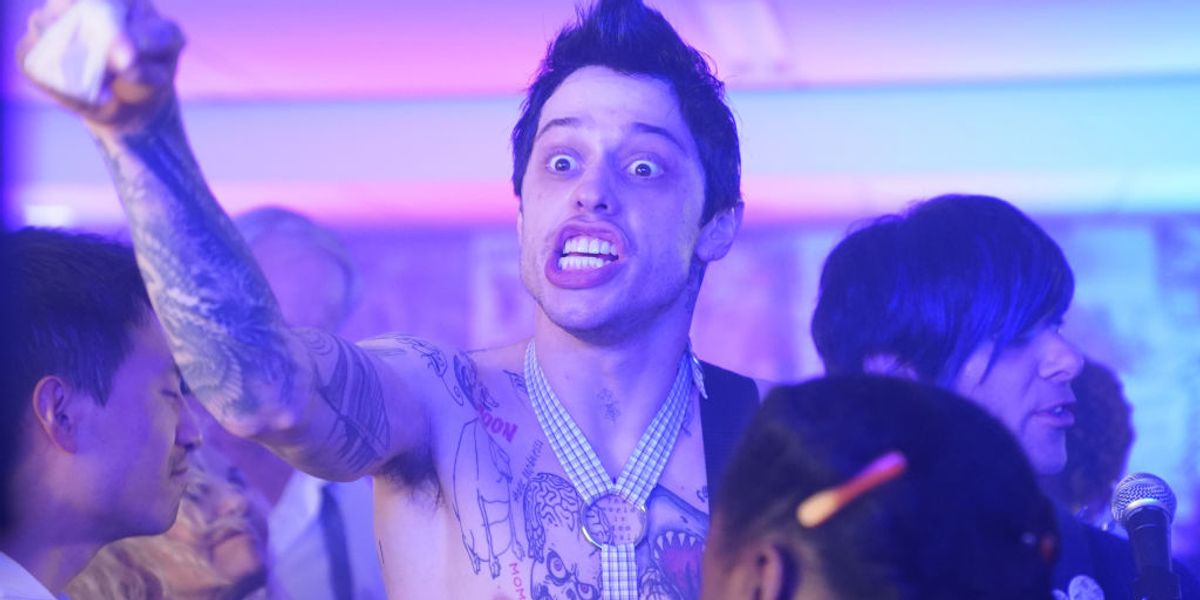 George Bailey has been recast!

Jimmy Stewart’s iconic character from “It’s a Wonderful Life” will be played by “Saturday Night Live” star Pete Davidson in an upcoming, one-night-only virtual celebrity table read of the 1964 Christmas classic for charity, Deadline reported. Davidson will be joined by Maude Apatow, his co-star from the semi-autobiographical comedy “The King of Staten Island,” who will take on the role of Violet Bick, originally played by Gloria Graham. Other members of the star-studded cast include Mia Farrow, Ellie Kemper, Carol Kane, Ed Begley Jr., Diedrich Bader, Bill Pullman, Richard Kind, B.D. Wong, and Michael Shannon.

“We are so thrilled to have Pete reenact the role of George in It’s a Wonderful Life with his talented wit and clever vocalizations. And we look forward to having Maude join the cast as Violet with her creative flair. Please join us for this once in a lifetime opportunity to snuggle up on your couch and experience this all-star cast virtual table read from the comfort of your own home, while helping to raise money for The Ed Asner Family Center. It will be a very meaningful night!” Matthew Asner, co-founder/president/CEO of The Ed Asner Family Center, said.

“It’s a Wonderful Life” is widely regarded as one of the greatest films of all time, having been nominated for five Academy Awards, including Best Picture. It’s been recognized by the American Film Institute as one of the 100 best American films ever made and in 1990 was determined “culturally, historically, or aesthetically significant” and added to the National Film Registry of the Library of Congress.

Davidson will play George Bailey, a charitable and self-sacrificing man who gave up his own dreams to help others. Bailey’s imminent suicide on Christmas Eve brings about the intervention of Clarence Odbody, originally played by Henry Travers, a guardian angel who must earn his wings by helping Bailey.

Clarence shows George how his sacrifices have improved the lives of others and how horrible life would be for his wife Mary and for his community had he never been born.

Proceeds from ticket sales will support the Ed Asner Family Center, which promotes mental health and enrichment programs for special needs children and their families. Advance tickets are available at EdAsnerFamilyCenter.org, ranging from $50 to $250.

“Autism and special needs touches all of us personally,” said Navah Paskowitz-Asner, co-founder. “By gifting tickets to the table read, people are giving their friends and family that unique, once in a lifetime gift that everyone is searching for…an experience they can share together that will be unforgettable while helping scores of families living with special needs.”

Hank Aaron, Low-Key Baseball Legend and Soft-Spoken Brave
Technology Will Destroy Us
Joy Reid claims GOP is ‘jealous’ because Dems are ‘cultured’, Tucker reacts
Biden: ‘There’s Nothing We Can Do to Change the Trajectory’ of the Pandemic
Native America tribe torches Biden admin over oil, drilling order: ‘A direct attack on our economy, sovereignty’