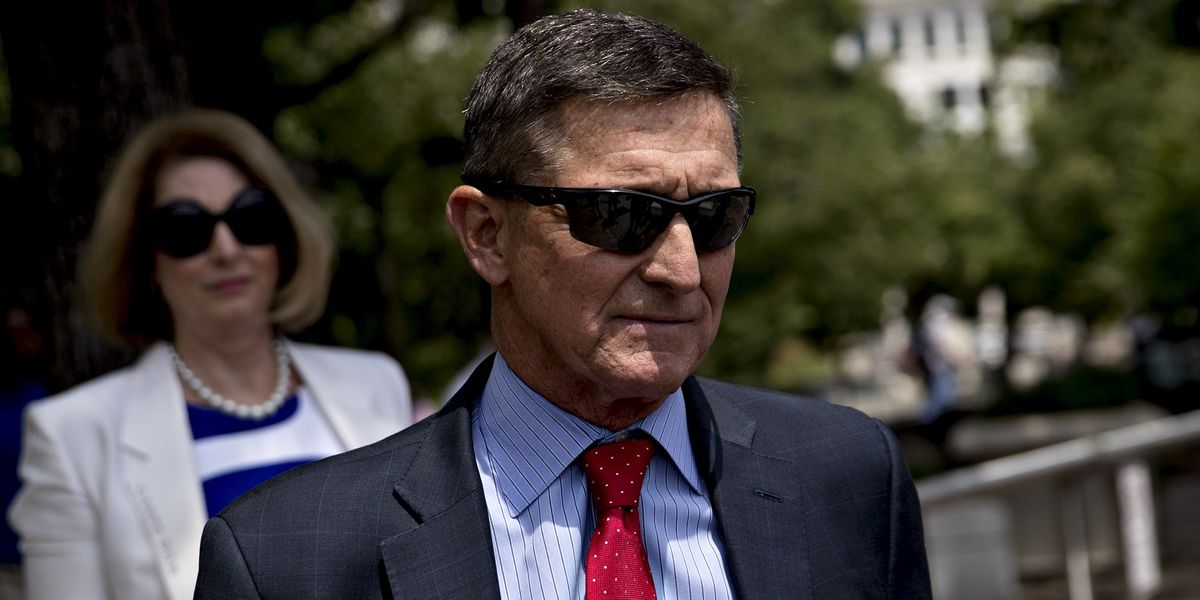 President Donald Trump is planning to issue a pardon to his former national security adviser Michael Flynn, according to multiple reports.

Axios’ Jonathan Swan first reported in an exclusive story Tuesday night that the president “has told confidants he plans to pardon” Flynn, citing “two sources with direct knowledge of the discussions.” Swan added that sources also said “Flynn will be part of a series of pardons that Trump issues between now and when he leaves office.”

Flynn has spent years battling the government in court, exhausting his resources and even being forced to sell his home after becoming a target of special counsel Robert Mueller’s investigation into Russian collusion claims. The
Washington Examiner noted that Flynn “pleaded guilty in December 2017 to lying to FBI investigators about his December 2016 conversations with a Russian envoy.”

Flynn sought to withdraw his guilty plea and claimed his innocence after obtaining a new legal team led by attorney Sidney Powell, who uncovered a cache of exculpatory evidence, and the Department of Justice moved to drop its prosecution of the retired Army lieutenant general.

But Judge Emmet Sullivan, who is presiding over the case, has refused to let it go and continues his fight to carry through with prosecution.

The Examiner’s Daniel Chaitin tweeted after the Axios news story, “Fox News’s Gregg Jarrett says just now Michael Flynn ‘doesn’t want a pardon. He wanted full exoneration and the case dismissed.’ He goes on to say ‘it’s clear’ the presiding judge, Emmet Sullivan, is trying to run out the clock till Biden takes office and says Trump should pardon.”

CNN cited three sources in reporting White House discussion of a possible Flynn pardon, adding, “However, those sources cautioned that Trump could change his mind about making such a move. There have been discussions about pardoning multiple people in the President’s orbit.”

Woke Robber Returns to Deliver Stern Lecture and Threatens to Call Police … On His Victim
‘The Savior’: Did George Bush Reveal Who Is Ultimately Responsible for Trump’s Defeat?
Left-Leaning Writer Fired Over Bad Joke—With the Help of the Right
Against Unity
Biden’s COVID Cynicism