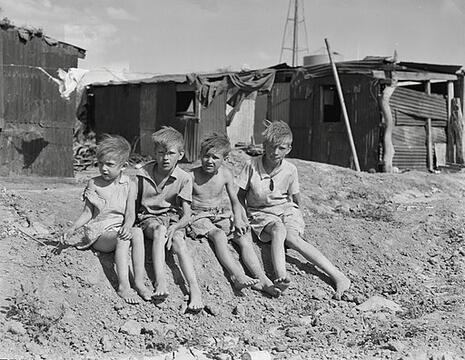 It’s always fun when the brave journalists of the Washington Post put on their pith helmets and venture forth to do some anthropological reporting from the hinterlands. You never know what kind of hair-raising stories they’ll file about sky god-worshippers in podunk hamlets over an hour’s drive from decent artisanal cheese.

On November 29, education reporter Hannah Natanson described the horrors of teaching about the presidential election in “West Virginia’s deep-red McDowell County, where some 80 percent of the votes went to Trump in the November election.” They’re also, she is careful to point out, 90 percent white.

Thankfully, Natanson didn’t actually have to talk to any of those savages. She found a civilized native in the form of teacher and Biden supporter Greg Cruey.

“Cruey,” Natanson begins, “thought he knew how to walk students through a presidential election. The social studies teacher has been working inside public-school classrooms for about two decades, guiding children through history-making 2008, as well as tumultuous 2016,” or, as they’re known around the Post, the Good Election and the Bad, No-Good, Horrible Election.

Never before, Cruey said, has he seen such a high level of emotion from children — such blind devotion to their preferred candidate, most often Donald Trump. Nor has he seen anything like this level of mistrust, which he said is persisting among students weeks after the results of the election supposedly were finalized.

Yeah, blind devotion to a politician is weird. Just ask MM, MM, MM Barack Hussein Obama. And maybe — just spit balling here — it’s not easy to trust an establishment that continually calls you, your family and everyone you know backward hicks and bigots.

Natanson should know that. She drips disdain for Trump’s “baseless claims of sweeping voter fraud” and posits that the villain’s “campaign of misinformation is affecting the nation’s youngest, too.” See, the dumb-as-stumps MAGA parents parrot conspiracy theories and their kids pick up on them.

Trump’s claims may be specious, but an activist member of the American Federation of Teachers profiled by a lefty Post reporter is hardly the best messenger to make the argument. But Natanson isn’t arguing. She and her editors and her readers are just as insular as the rednecks in McDowell County, but their insularity comes with the arrogance of the elites (Natanson has a B.A. from Harvard).

Cruey, the liberal missionary out in the jungle, has it too. It’s implicit in his complaints about having to teach the election remotely (thanks largely to — wait for it! — teachers’ unions). Normally, there’s nobody around to challenge whatever he tells his captive audience. But with distance learning, “you’re basically speaking through a microphone into people’s homes, so you might have 20 kids but actually 60 people listening to you,” he told Natanson.

That means there could be adults “who are stomping their feet and gritting their teeth as I teach — that’s their right.” Yes it is. Thank God for it.

Five Moderate Dem Senators Reject Biden’s Pick for Top Bank Watchdog
The Separatist
Here’s why Kyle Rittenhouse was acquitted, part 1
Cop convicted of rape gets home detention as judge determines there was no evidence of ‘psychological injury’ to one of the victims
Los Angeles firefighter allegedly pulled down his pants and wiped his butt with a vaccine mandate order