Kyrsten Sinema: No, I’m not getting rid of the filibuster to make the left happy, and no, you can’t change my mindBiden Admin to ‘Speed Up’ Efforts to Place Harriet Tubman on $20 BillShocker–Amazon’s a Hypocrite on Mail-in BallotsJen Psaki Is Living Her Best LifeDad shot daughter’s boyfriend after he allegedly attacked her and her mother, police sayTrump 2024? ​Here’s what the future could hold for the ‘MAGA movement’FOWL PLAY! Twitter Introduces New Censorship Program, BirdwatchNational Guard Remains Deployed in Washington D.C. Without a Clear Mission or End DateMcCarthy places blame on Pelosi, Schumer for mistreatment of National GuardFormer Trump Press Secretary Sarah Sanders Announces Run for Arkansas Governor
Patriot Daily Press
Skip to content 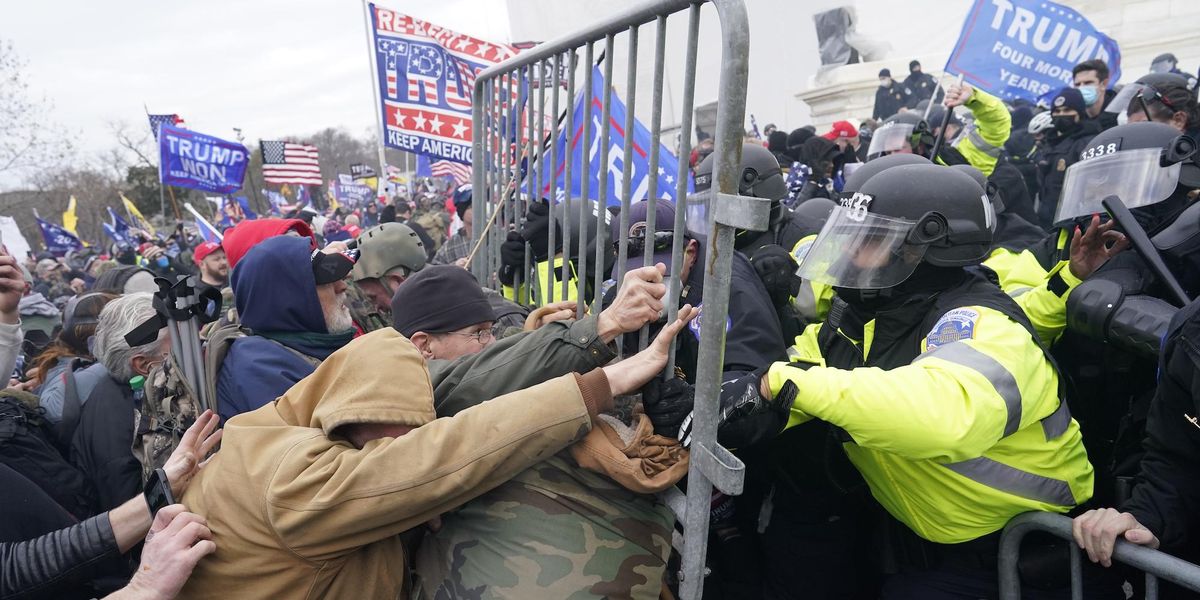 The Joint Chiefs of Staff denounced the “insurrection” at the U.S. Capitol in a rare statement that also confirmed the official election results.

The statement was released Tuesday afternoon.

“The American people have trusted the Armed Forces of the United States to protect them and our Constitution for almost 250 years. As we have done throughout our history, the U.S. military will obey lawful orders from civilian leadership, support civil authorities to protect lives and property, ensure public safety in accordance with the law, and remain fully committed to protecting and defending the Constitution of the United States against all enemies, foreign and domestic,” read the statement.

“The violent riot in Washington, D.C. on January 6, 2021 was a direct assault on the U.S. Congress, the Capitol building, and our Constitutional process. We mourn the deaths of the two Capitol policemen and others connected to these unprecedented events,” the statement continued.

“We witnessed actions inside the Capitol building that were inconsistent with the rule of law. The rights of freedom of speech and assembly do not give anyone the right to resort to violence, sedition and insurrection,” said the statement.

“As Service Members, we must embody the values and ideals of the Nation. We support and defend the Constitution. Any act to disrupt the Constitutional process is not only against our traditions, values, and oath; it is against the law,” the statement added.

“On January 20, 2021, in accordance with the Constitution, confirmed by the states and the courts, and certified by Congress, President-elect Biden will be inaugurated and will become our 46th Commander in Chief,” the statement concluded.

The statement came moments before three House Republicans announced that they would support a second impeachment of Trump on the charge of incitement of insurrection.

Senate Majority Leader Mitch McConnell (R-Ky.) also reportedly said Tuesday that he would be supportive of impeachment efforts after experiencing the chaos at the Capitol.

President Trump spoke to reporters as he left the White House and denied that his actions encouraged the acts of violence at the Capitol.

Here’s more about the effort for a second impeachment:

Biden’s COVID Cynicism
Biden and Harris blatantly lied when they said before the election they would not ban fracking
Biden’s Purported Decency
WHAT A COINCIDENCE: Washington, DC Mayor Lifting Indoor Dining Ban Two Days After Biden Inauguration
Biden: ‘There’s Nothing We Can Do to Change the Trajectory’ of the Pandemic