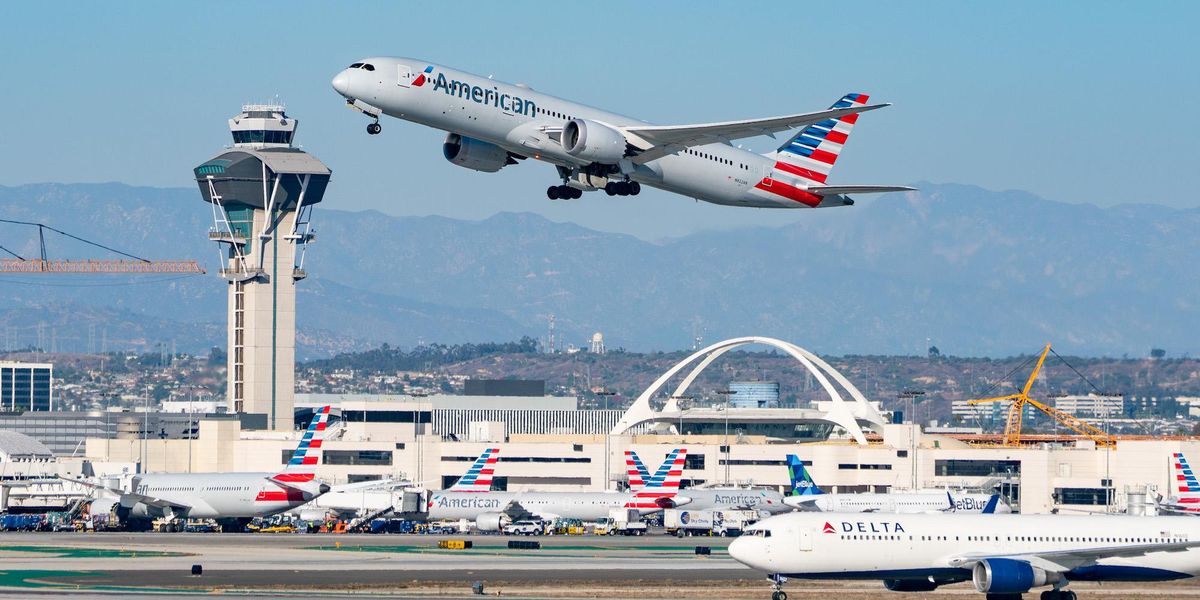 We have all heard horror stories of unruly airline passengers making life miserable for hundreds of fellow passengers.

Flyers will fight with each other or with airline staff. And things have reportedly gotten much worse with the airlines’ adoption of mask mandates and the recent riot at the U.S. Capitol.

In response to increasing unruliness among passengers, the Federal Aviation Administration issued an order this week designed to crack down on travelers’ bad behavior.

What’s the deal with the new FAA order?

According to the FAA, the airline industry “has seen a disturbing increase in incidents where airline passengers have disrupted flights with threatening or violent behavior.” The agency said the incidents partly stemmed from customers’ refusal to wear face masks during the pandemic and from the Jan. 6 violence at the Capitol.

For example, air travel news site GateChecked.com reported that “almost 3,000 passengers have been put on temporary no-fly lists as a result of failing to wear masks on board. Tensions have risen due to the Capitol Hill riot, even resulting in an American Airlines pilot ‘threatening’ to dump passengers in Kansas if they don’t ‘behave.'”

The new policy scraps the warnings and counseling the agency has historically used to deal with unruly passengers. The FAA will now “pursue legal enforcement action” against anyone who gets out of line. Actions include massive fines and possible jail time.

“Passengers who interfere with, physically assault, or threaten to physically assault aircraft crew or anyone else on an aircraft face stiff penalties, including fines of up to $35,000 and imprisonment,” the FAA statement said. “This dangerous behavior can distract, disrupt, and threaten crewmembers’ safety functions.”

The agency highlighted that, though it does not have the power to criminally charge passengers, it “works closely with federal law enforcement and national security partners on any reported security threats that may impact aviation safety.”

Dickson told CNBC on Thursday that the “zero-tolerance” policy was prompted by a surprising increase in the number of disruptions.

“This is about flight safety,” he said. “Any time we see a trend like this, we need to take action, because traveling on a commercial airline in the United States is the safest form of travel in human history. And I want to make sure it stays that way.”

Dickson admitted that in the past the FAA would adjudicate many of the unruly passenger situations with counseling or warnings, but he said that “with this order … I’m telling my inspectors, I’m telling my attorneys in the FAA chief counsel office that we need to expedite gathering the facts on all of these, and we’re going to take immediate enforcement action in appropriate situations.”

“That’s what we mean by a ‘zero-tolerance’ policy,” he said.

Folks in the airline industry heaped praise on the FAA’s move.

Airlines for America, the trade organization for airlines in the U.S., said in a tweet, “The safety and security of passengers and employees is the top priority of the U.S. airline industry, and we welcome the @FAANews’ order to implement a more stringent policy regarding unruly passenger behavior.”

The safety and security of passengers and employees is the top priority of the U.S. airline industry, and we welcom… https://t.co/6rB3hBVlsU

“First strike and you’re out,” Sara Nelson, the head of the Association of Flight Attendants-CWA, said, ABC News reported. “We applaud FAA Administrator Dickson for taking this clear stand for our safety and security. This will help serve as a deterrent to unruly passengers who had been bucking the rules of aviation safety. We continue to work with our airlines, the FAA, the TSA and law enforcement to keep our skies safe.”

The new FAA order will be in place until March 30.

NewsBusters Podcast: The US Hostage In Iran Rooted for Iran to Beat US?
Is Brian Kemp Getting Ready for the National Stage?
Thieves Attempt to Steal Mural From Street Artist Banksy Off of Building in Ukraine
Robbery suspect won’t face murder charges in shooting of gas station clerk since suspect allegedly returned fire at clerk — which can be considered self-defense
MSNBC’s Joy Reid: Democrats Nominate Better Quality Black People