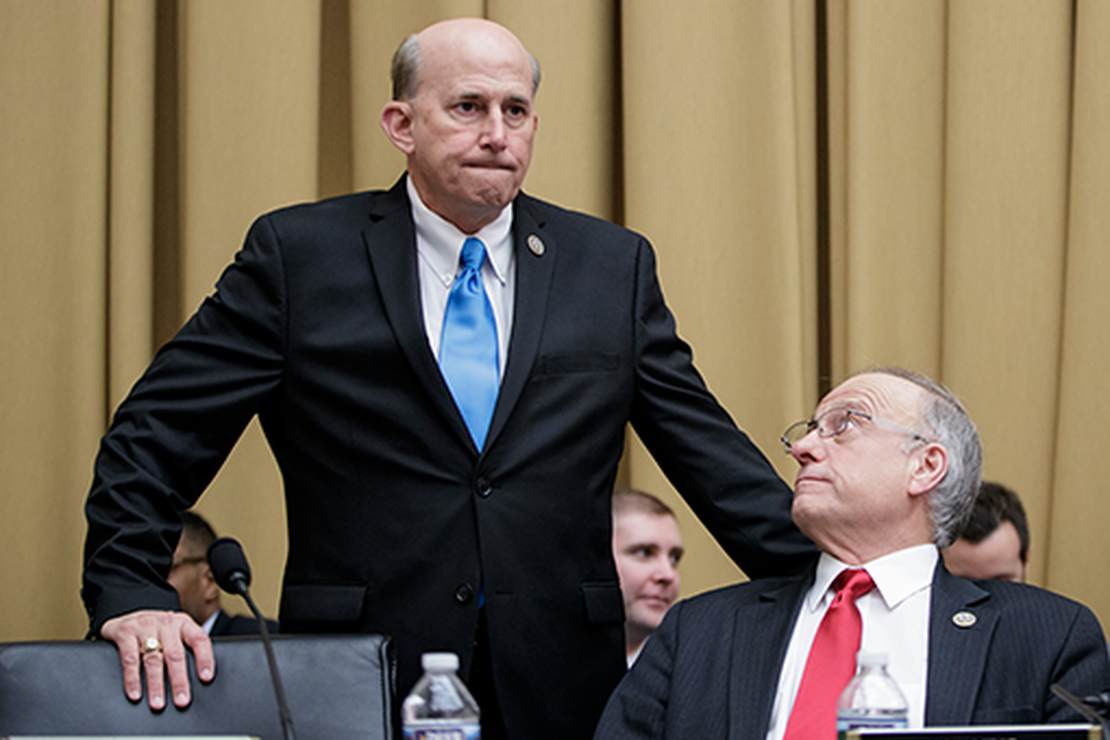 The Capitol riots should outrage all Americans, and President Donald Trump’s rhetoric played a role in riling up that crowd. Democrats are accusing Trump of inciting an “insurrection,” but many of us are old enough to remember this past summer when Democrats coddled Black Lives Matter and antifa rioters who destroyed black lives, black livelihoods, and black monuments. Some of us even remember way back in 2018, when House Speaker Nancy Pelosi (D-Calif.) said, “I just don’t even know why there aren’t uprisings all over the country, and maybe there will be.”

In the debate over impeachment on Wednesday, Rep. Louie Gohmert (R-Texas) quoted Pelosi’s words, arguing that if Congress impeaches Trump for “incitement of insurrection,” Democrats would not arguably fall afoul of that standard themselves.

Yet in an episode worthy of the Babylon Bee, left-leaning journalists accused Gohmert of encouraging “uprisings.” (Most of them later acknowledged the words belonged to Pelosi.)

“Louis Gohmert: ‘I don’t know why there aren’t more uprisings all over the country,’” Politico Managing Editor Blake Hounshell tweeted.

“Louie Gohmert on the House floor: ‘I just don’t even know why there aren’t more — aren’t uprisings all over the country, and maybe there will be,” tweeted Laura McGann, politics editor at Vox.

“Rep. Gohmert: ‘I don’t know why there aren’t more uprisings all over the country’ just days after a violent and deadly insurrection at the US Capitol,” tweeted Politico‘s Eugene Daniels.

Rep. Louie Gohmert was quoting Nancy Pelosi today at the impeachment hearing and the Leftist media took her quote and attributed it to HIM as if he was trying to incite more violence. They will say whatever they have to to get those rageclicks. pic.twitter.com/Z4AL9ugyFN

Most of these writers corrected their tweets. Hounshell gave an update, acknowledging that “Gohmert was quoting Pelosi, which I didn’t realize at the time of this tweet.” McGann added, “I guess this was a callback to something Pelosi this summer and Rs didn’t move to impeach.” Daniels also acknowledged Gohmert had been quoting Pelosi. It seems Rangappa has yet to acknowledge this.

The Washington Post‘s Aaron Blake also acknowledged that he had rushed to attribute the quote to Gohmert when the Republican was quoting Pelosi.

It is to the credit of these journalists that they acknowledged their faults, but their error here seems particularly revealing. When Gohmert spoke on Wednesday, he began his remarks with, “Here’s a quote,” right before referencing Pelosi’s “uprisings” comment and her claim that Trump’s White House and much of the Republican Party constitute “domestic enemies.”

“Those are all quotes from our speaker,” Gohmert added. He acknowledged that Republicans did not believe Pelosi’s comments “impeachable” because they interpreted those comments as political hyperbole.

“But by the Democrats taking this action, you’re telling me, ‘No, when we say those, we actually mean to incite violence.’ That’s what this action is saying,” the Republican argued.

Rep. @replouiegohmert on Nancy Pelosi using impeachment as a political weapon twice: Half of all impeachment proceedings in our history have happened under Pelosi pic.twitter.com/ggBv19xWff

While Gohmert was speaking through a mask and his words were a bit muffled, he repeatedly stated that the “uprisings” comment was a quote, not his own words.

These journalists appear to have interpreted Gohmert’s words as incitement, even though he was discussing words that Pelosi uttered.

In the lead-up to the Capitol riots, Gohmert backed a dangerous measure to overturn the 2020 election. He sued Vice President Mike Pence in order to pressure Pence to unilaterally disqualify Electoral College votes from disputed states. This kind of action helped exacerbate tensions before the attack on the Capitol. That said, Gohmert did not encourage the Capitol riots and he condemned them afterward.

The journalist’s apparent rush to judge Gohmert only helped to illustrate the congressman’s point. If Trump’s rhetoric about the election having been “stolen” constitutes “incitement of insurrection,” Pelosi’s call for “uprisings” and her decision to condemn Republicans as “domestic enemies” would also foot that bill. The fact that this quote so shocked and stunned reporters gives weight to Gohmert’s argument.