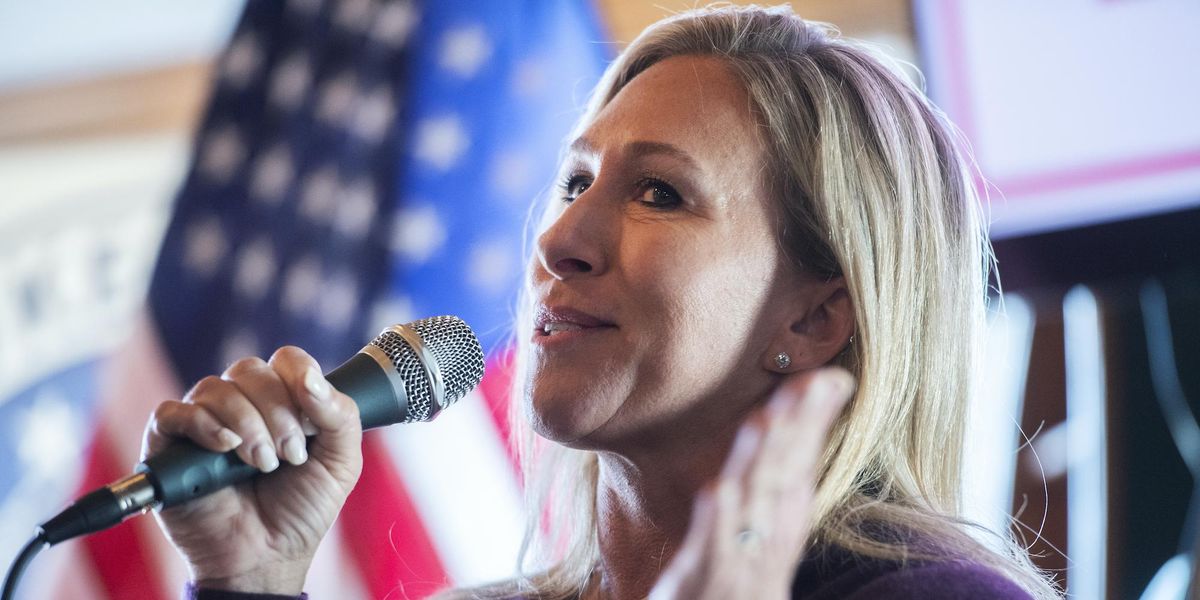 Newly elected Republican Rep. Marjorie Taylor Greene (R-Ga.) announced on Wednesday that she would be filing articles of impeachment against President-elect Joe Biden on the first full day of his presidency.

Greene made the announcement during an interview on NewsmaxTV.

“I would like to announce on behalf of the American people, we have to make sure that our leaders are held accountable. We cannot have a president of the United States that is willing to abuse the power of the office of the presidency and be easily bought off by foreign governments, foreign Chinese energy companies, Ukrainian energy companies,” said Greene.

“So on January 21st, I will be filing articles of impeachment on Joe Biden,” she added.

NewsmaxTV host Greg Kelly noted that the effort would have a slim chance of success in the Democratically controlled House of Representatives and asked her if if would be merely symbolic.

“Well, like I said, I’m a big believer of having people in office that are actually willing to do the job. And I can’t imagine people in this country being so fearful of a future of a Biden presidency that they may be willing to commit violence like they did in the Capitol here in Washington, D.C.,” said Greene.

“We cannot have that, I do not condone that violence. The American people need hope,” she added. “They need to know that there are Republicans in Congress that are willing to stand up and fight for them, regardless of being in a minority, regardless of having all odds against us, against me, or against anyone in Congress. We have to hold people accountable.”

She followed up with a short statement on Twitter about her plan.

On January 21, 2021, I’ll be filing Articles of Impeachment against Joe Biden for abuse of power.

“On January 21, 2021, I’ll be filing Articles of Impeachment against Joe Biden for abuse of power,” she tweeted.

When TheBlaze reached out to Greene’s office to clarify her motivation for filing impeachment articles, her spokesperson offered the following response:

Rep. Greene simply wants to be a voice for the voiceless. American conservatives have been banned, censored, deplatformed and physically attacked. Unfortunately that removes hope from the people. Congresswoman Greene wants to defend these Americans and represent the Silent Majority.

Greene made the announcement on the same day as a vote in the House to impeach President Donald Trump for a second time.

Critics of Greene, including other Republicans, have accused her of employing inflammatory rhetoric in order to raise campaign funds and to gain political prominence. Greene has also been criticized for previously supporting the QAnon conspiracy theory.

Here’s the video of Greene’s announcement: