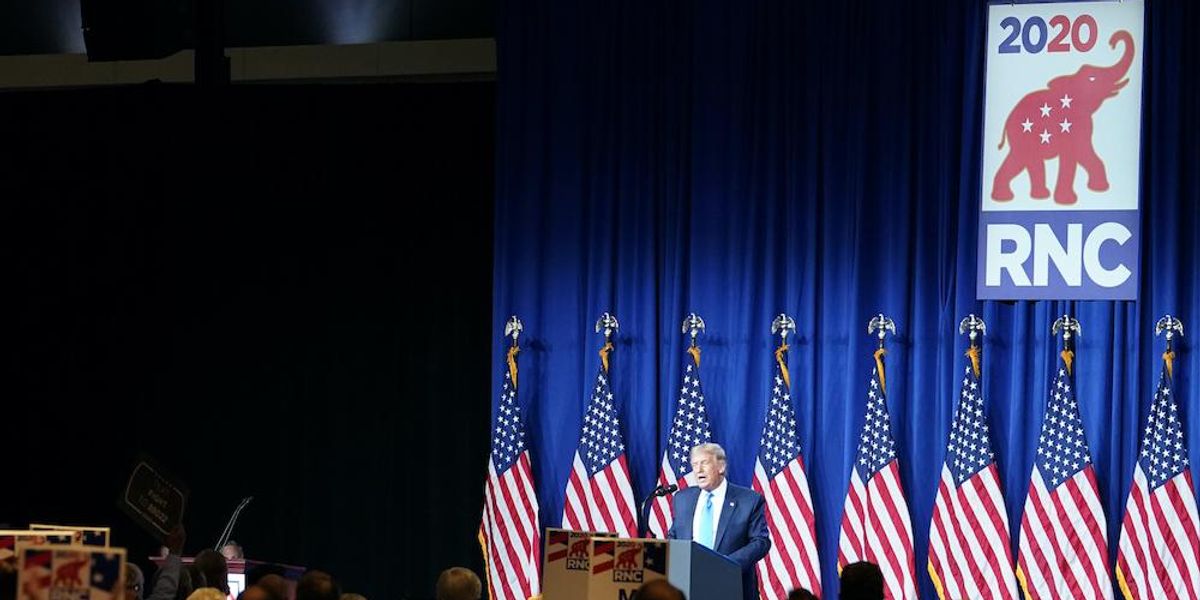 An age of lies is clearly the time for the most brutal honesty. So when it comes to President Donald Trump, as his last days in the White House fall upon us, here goes.

Although he exceeded my expectations and thus ultimately earned my vote as an alternative to the much-accelerated progressive march through morality and reason, it still must be said that his failures were both many and monumental.

He didn’t drain the swamp.

He didn’t rid us of Obamacare.

He didn’t fire Fauci and Birx when he should have and thus couldn’t crush the destructive lockdowns, which also set the stage for the Democrats’ mail-in-voting scheme.

He didn’t make a worthy stand against Antifa and BLM as they burned and pillaged their way across America’s cities while demanding the defunding of police. You can’t say “this is Biden’s America” as it’s happening while you are president.

He didn’t control himself when it mattered most, like the first presidential debate with now President-elect Biden.

He didn’t hold Big Tech accountable before it was too late for its constant violation of the platform/publisher paradigm.

And he certainly didn’t spearhead an adequate and timely argument in defense of uncovering voter fraud, regardless of who you think actually won the election. And for the record, I don’t believe Biden won legitimately and have laid out my case for believing so on my show numerous times.

Yet with all of that said and done, not only did 74 million people vote for him, but 84% of Republicans continue to say after the storming of the Capitol that Trump neither should resign nor deserves to be impeached. How is that possible?

Well, here’s a hint: Two of the floor managers appointed by Nancy Pelosi in the effort to impeach Trump a second time are a man who was recently discovered to be having a relationship with a suspected Chinese spy and a man who voted four years ago not to accept the electors presented to the U.S. House of Representatives because he thought the election of Trump over Hillary Clinton was fraudulent.

So there’s that. But as craven as the Democrats are, on any given day many Trump voters still can’t decide if it’s actually the GOP leadership who hate them even more. Which is why Trump is relevant now in the same way he always has been, ever since he came down that escalator with Melania on the way to securing the 2016 nomination. Millions upon millions of Americans simply feel they have no place else to go other than Trump’s Tower of Zany Hijinks.

Yeah, it’s insane, but have you seen the size of the ziggurats next door?

This is why Jason Whitlock’s recent column for TheBlaze was so powerful to me. It was such a prophetic indictment of the elitism that chokes us on all sides, to the peril of us all. Because it invites nothing short of a civil war that would be easily avoidable with a modicum of grace and accommodation. But the spirit of the age will not be denied its nihilistic vision quest.

Too many people will eventually refuse to go on under such a thumb. They will rebel. They will fight. So in order to avoid that, here’s my advice – and trust me, I fully understand how counterintuitive this might be.

Get on your knees and pray that the Republican scoundrels in U.S. Senate vote to convict Trump following his impeachment by Pelosi and company. Because it will be an even greater conviction of who they are and what motivates them and thus the quickest and surest way of exposing them to the point that their reign over us must come to an end.

It’s perhaps our only way of refashioning the Republican Party into a real opposition party, unlike the false flag operation of controlled opposition it’s been ever since the Contract with America. It will be so obvious a betrayal that it would motivate us to finally refresh the tree of liberty within the GOP as we should have done decades ago. It would also motivate Trump, who responds to slights and personal beefs more than to anything else, to finally use his substantial political capital to take down the GOP establishment in the 2022 midterm primaries, after spending too much of his presidency attempting to make friends with them to his own detriment.

Yes, we need to finally confront the spirit of the age driving the Democrats into the mouth of madness. But first we need a platform willing to do the confronting.

Elton John announces he’s leaving Twitter over ‘unchecked’ misinformation — and Elon Musk responds
New York mom ARRESTED after son shows school nurse his new tattoo
Police respond to emergency at home of Ted Cruz after his daughter reportedly self-harmed
Democrat claims her child woke up with ‘nightmares’ over climate change — but no one is buying it
‘Toxic Femininity’: Farah Griffin Calls Out The View’s Hostility Toward Her…Almost