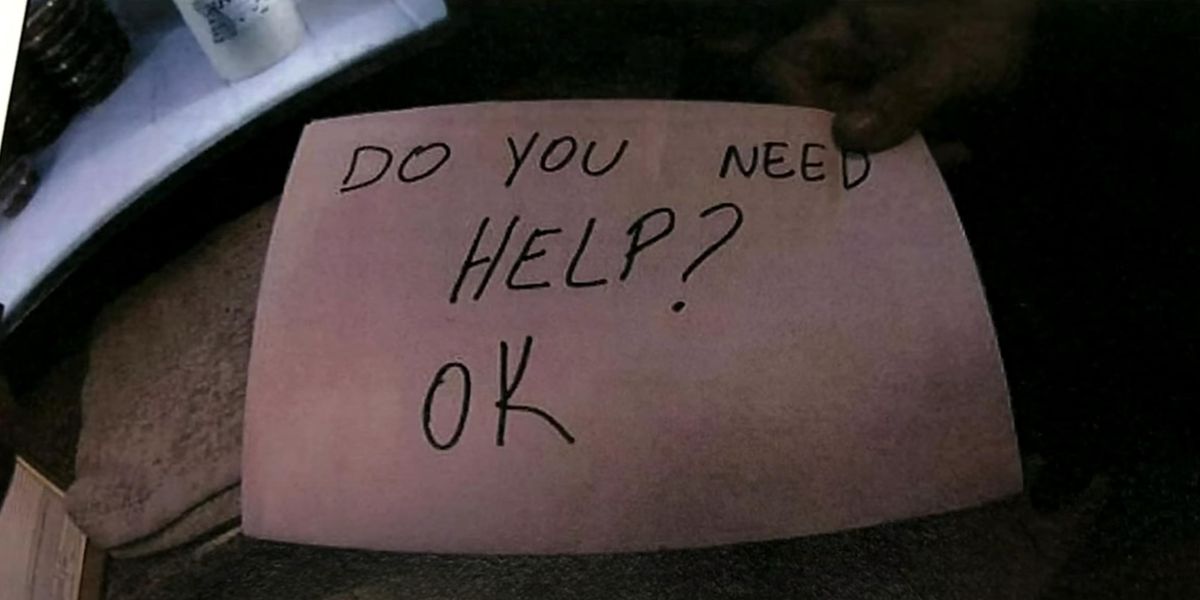 A quick-thinking waitress is being hailed as a hero after she she noticed something strange about a young boy with his family at her restaurant.

Flavaine Carvalho was working on her day off at the “Mrs. Potato” restaurant when she noticed that a little boy at one of her tables wasn’t eating with the rest of his family. She said the father didn’t let him order any food or water.

When she asked if there was a problem with the food, the parents waved her away.

That’s when she saw bruises on the 11-year-old’s face and arms.

She decided to write a message to him so that the parents wouldn’t notice. She wrote, “Do you need help? OK” on a piece of cardboard.

She stood behind his parents so he could see the sign while they ate. Eventually, the child signaled that he did need help.

Police responded, and what they heard from the boy led to the arrest of his mother, Kristen Swann, and the stepfather, Timothy Wilson II.

“What this child had gone through, it was torture,” said Detective Erin Lawler in a press conference, according to WTVD-TV.

“Seeing what that 11-year-old had to go through, it shocks your soul,” she added.

“He said ratchet straps were tied around his ankles and neck, and he was hung upside down from a door,” Lawler explained. “He said he was hit with a wooden broom, and handcuffed and tied to a large moving dolly. He also said he didn’t get to eat on a regular basis as punishment.”

Orlando Police Chief Orlando Rolon told WFTV that the alleged child abuse could have become a “homicide situation” if Carvalho had not intervened.

Carvalho says that the little boy is the real hero.

“I would like to give him a big hug, and tell him that I’m so proud of him,” said Carvalho.

A trust fund has been set up for the child and his sister.

Here’s a local news video of the incident: