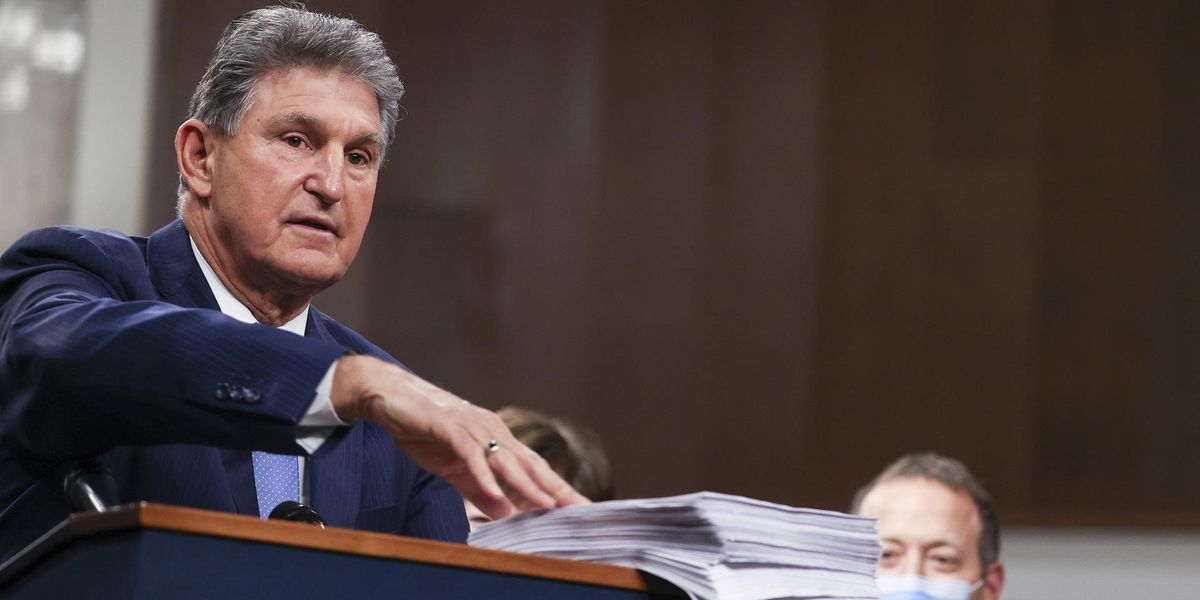 Democratic Sen. Joe Manchin (W.Va.) said in an interview this week that he believes the Senate should consider removing GOP Sens. Josh Hawley (Mo.) and Ted Cruz (Texas), arguing the Republicans were complicit in insurrection when they objected to certifying some Electoral College votes the same day a pro-Trump mob attacked the Capitol in protest of the election results.

In an interview posted Friday, PBS “Firing Line” host Margaret Hoover asked Manchin, “Would you support, Senator, the removal of Senator Hawley and Senator Cruz through the 14th Amendment, Section 3?”

“Well they should look—absolutely—basically, that should be a consideration,” Manchin replied, adding, “He understands that. Ted’s a very bright individual and I get along fine with Ted. But what he did was totally outside the realm of our responsibilities or our privileges that we have.”

Hoover had reminded her audience that Section 3 of the 14th Amendment reads, “No Person shall be a Senator or Representative in Congress…who, having previously taken an oath, as a member of Congress to support the Constitution of the United States, shall have engaged in insurrection or rebellion against the same, or given aid or comfort to the enemies thereof.”

Manchin, a moderate, recalled that while the Capitol building was under siege on Jan. 6 and Senators waited in a secure location before returning to the upper chamber to continue their votes, he tried to persuade Hawley not to continue contesting the election results.

Manchin was also critical of Cruz, in particular, for continuing to fundraise on his vow to fight the election results on behalf of President Donald Trump, who has insisted the election was “rigged” against him in favor of President-elect Joe Biden.

“There’s no way they cannot be complicit in this,” Manchin said of the Republican senators that voted against certifying the election results. “That they think they can walk away and say, ‘I just exercised my right as a senator?’ Especially after we came back here and after they saw what happened.”

He added, “I don’t know how you can live with yourself right now knowing that people lost their lives.”