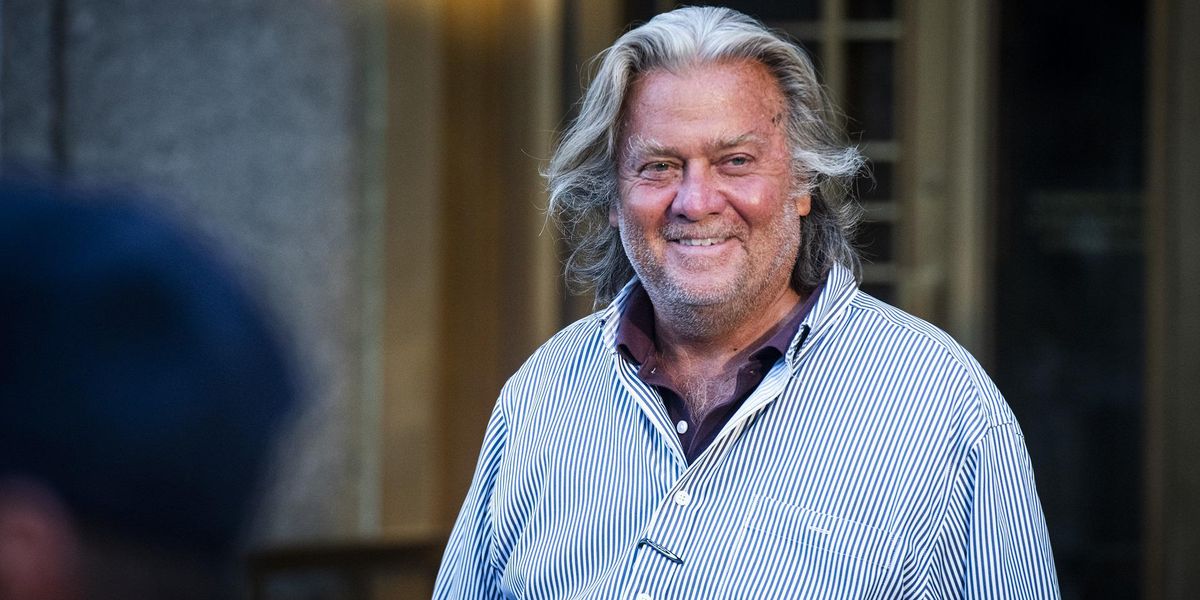 President Donald Trump is considering issuing a pardon for his former adviser, Steve Bannon, according to a new report.

Politico reported the claim Friday, citing “two sources familiar with the matter” while noting that Bannon “was charged with swindling donors to a private crowdsourcing effort to build a wall along the U.S.-Mexico border.”

Bannon, the former head of Breitbart News Network, and three others linked to the “We Build the Wall” campaign were arrested in August over allegations that they defrauded donors in the initiative and siphoned off funds from the $25 million haul for personal use. Bannon called the indictment “a political hitjob.”

Following Bannon’s arrest, Trump distanced himself from the former White House aide, saying of the “We Build the Wall” effort, “When I read about it, I didn’t like it. I said, ‘This is for government; this isn’t for private people.’ And is sounded to me like showboating.”

Politico also pointed out that after Bannon was fired from the White House in 2017, Trump said he had “lost his mind.”

According to Bloomberg, Bannon and Trump have been in talks in recent weeks. Citing “people familiar with the matter,” the outlet reported that the president sought Bannon’s “counsel on his campaign to overturn his re-election defeat.”

Trump has issued pardons to a number of allies in recent months, including former campaign advisers Roger Stone and George Papadopoulos and former national security adviser Gen. Michael Flynn—all of whom remain outspoken advocates for the president.

Along with Trump, Bannon has faced censorship from Big Tech since the deadly Jan. 6 attack on the Capitol building by a mob of pro-Trump protesters that led to the president being impeached a second time by the Democrat-controlled House.

The siege occurred following a “Save America” march where Trump spoke to the crowd about the election being “stolen” from him. ABC News reported that Bannon, Stone, and Flynn all had links to groups promoting the rally.

Bannon’s “War Room” YouTube channel was removed last week, while President Trump has been hit with a permanent ban from Twitter and an indefinite suspension from Facebook and other platforms.