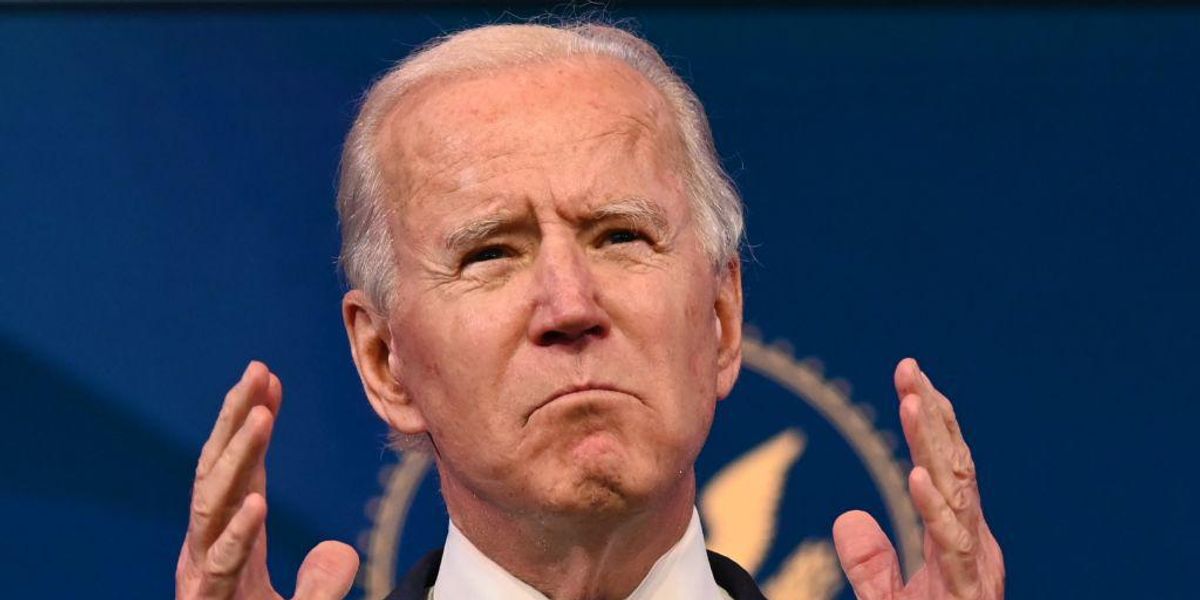 President-elect Joe Biden will sign about a dozen executive orders on his first day in the White House, reversing several key policies enacted by the Trump administration.

Incoming Biden chief of staff Ron Klain sent a memo to his staff on Saturday, outlining a 10-day plan of action. Included in the memo to the new White House staff, the Biden administration declared it would address “four overlapping and compounding crises: the Covid-19 crisis, the resulting economic crisis, the climate crisis, and a racial equity crisis.”

“All of these crises demand urgent action,” Klain wrote. “In his first 10 days in office, President-elect Biden will take decisive action to address these four crises, prevent other urgent and irreversible harms, and restore America’s place in the world.”

Biden will be inaugurated on Wednesday when he will reportedly sign a number of executive orders. On day one, Biden will allegedly sign executive orders to return the United States to the Paris agreement on climate change, which President Donald Trump withdrew from in June 2017.

“The bottom line is that the Paris accord is very unfair at the highest level to the United States,” Trump said at the time of the withdrawal, adding that it provided China and India a competitive advantage.

Biden will reportedly introduce a “groundbreaking legislative package” addressing immigration reform, and provide a pathway to citizenship to the estimated 11 million illegal immigrants residing in the United States.

The Biden administration will allegedly sign executive actions regarding the COVID-19 pandemic that will “change the course of the COVID-19 crisis and safely re-open schools and businesses.”

Biden will purportedly introduce the “100 Day Masking Challenge,” which will implement face mask mandates on federal property and for interstate travel.

The president-elect will reportedly extend the pause on repayment of and interest on student loans, and continue restrictions on nationwide evictions and foreclosures.

Biden will be inaugurated on Jan. 20, and the swearing-in of the 46th president of the United States will feature an unprecedented security presence of up to 25,000 troops. The largest security force at an inauguration in U.S. history stems from the storming of the Capitol building on Jan. 6, and the subsequent threats of violence thereafter.

​Dwayne ‘the Rock’ Johnson admits he stole Snickers from 7-Eleven daily at age 14, says he went and bought all the Snickers ‘to right this wrong’
The Kruiser Kabana Episode 203: Elon Musk and the Complete Psychotic Break on the American Left
New Survey Finds Political Polarization Is Eroding Public’s Trust In The Military
Canadian retailer Simons glamorizes assisted suicide in new ad campaign, calls it “the most beautiful exit”
Police respond to emergency at home of Ted Cruz after his daughter reportedly self-harmed