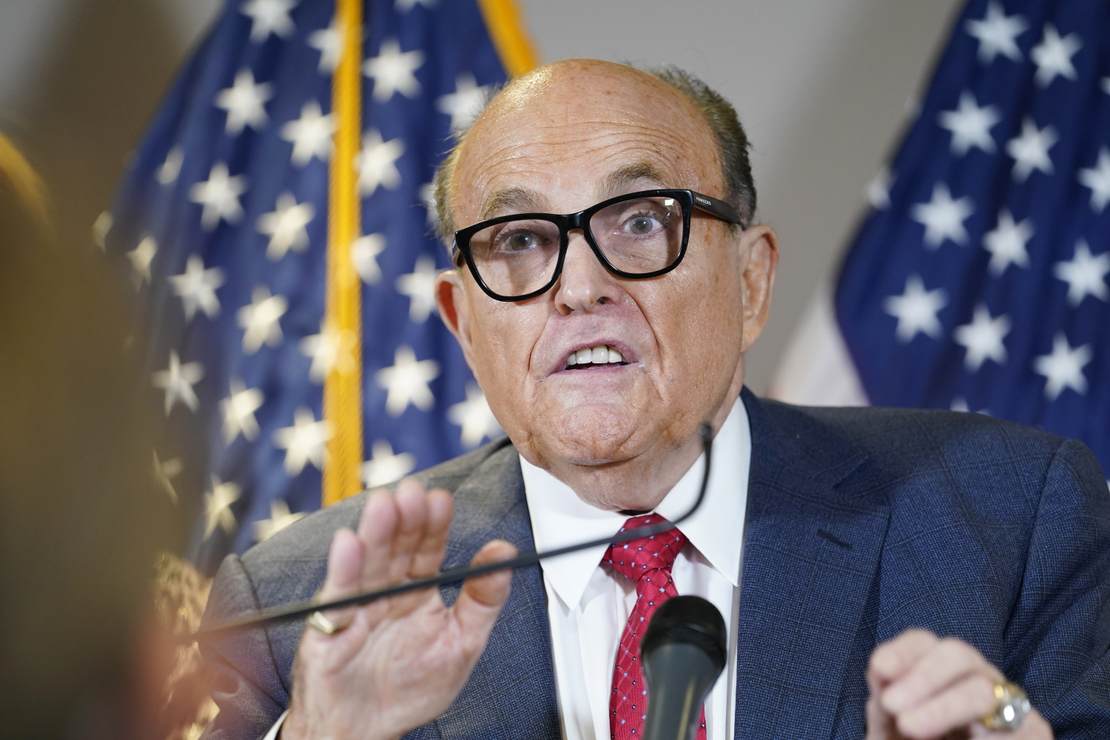 Former New York Mayor Rudy Giuliani announced he would not be serving on Donald Trump’s legal defense team for the Senate impeachment trial — a day after he said he would be defending Trump at the trial.

The House of Representatives voted to impeach Trump on January 13, exactly one week after rioters broke into the U.S. Capitol following a pro-Trump rally. Protesters and rioters seemed intent on blocking the House and the Senate from ratifying the Electoral College votes for Joe Biden, based on concerns of voter fraud and irregularities and Trump’s repeated claims that he won the election “by a landslide” before Democrats “stole” it.

The Democrats (and ten House Republicans) impeached Trump for “incitement of insurrection.” While some of Trump’s statements during the Capitol riots were beyond the pale, the president has since condemned the rioters and promised to support a peaceful transition of power.

On Saturday, Giuliani attacked the logic of the impeachment, claiming that Democrats equated claims of voter fraud with incitement to violence.

“They basically claimed that anytime [Trump] says voter fraud, voter fraud — or I do, or anybody else — we’re inciting to violence; that those words are fighting words because it’s totally untrue,” the former mayor said. “Well, if you can prove that it’s true, or at least true enough so it’s a legitimate viewpoint, then they are no longer fighting words.”

Yet on Sunday night, Giuliani abruptly reversed course. He told ABC News that he would not be on the impeachment defense team.

“Because I gave an earlier speech [at the January 6 Trump rally before the Capitol riot],” Giuliani said, “I am a witness and therefore unable to participate in court or Senate chamber.”

Republican strategist Karl Rove may have revealed the answer.

Shortly after Giuliani told ABC News that he would be defending Trump in the impeachment trial, Rove spoke on Fox News Sunday, warning that Giuliani’s involvement in the trial may lead 17 Republicans to join Democrats in voting to “remove” Trump.

“If it’s the Rudy Giuliani defense, there’s a strong likelihood that more than 17 Republicans will [vote to convict Mr Trump], because essentially that argument is: ‘This was justified, the attack on the Capitol and the attempt to end the congressional hearing on certifying the election was justified because all these charges are true,’” Rove warned. “And frankly, they aren’t.”

Did Giuliani drop out of the impeachment defense team because he worried Trump would lose if he was involved?

Meanwhile, some contested reports have claimed that Giuliani has charged Trump $20,000 a day for his post-election push on voter fraud. Trump has reportedly instructed his aides not to pay Giuliani’s fees. Giuliani has denied charging the president $20,000 per day.

While Trump did not encourage his supporters to attack the Capitol (and he urged them to “go home” amid the attack), Giuliani told the crowd to engage in “trial by combat.”

It remains to be seen whether Republican senators will vote to “remove” Trump even Joe Biden is president, but it does seem Giuliani’s involvement would be more of a liability than an asset in the likely upcoming Senate trial.

Democrats Move to Impeach Trump for ‘Incitement of Insurrection’

San Francisco approves ‘deadly force option’ for police robots
Why globalists desperately need control of Arizona before they unleash the next staged pandemic
Elon Musk says he would back Ron DeSantis for president in 2024
Died Suddenly film review: It’s a powerful showcase of vaccine dangers, but why is Dr. Jane Ruby missing from the film when she BROKE the story about fibrous clots in the first place?
Protests in China become more widespread as ChiCom regime slowly losing control after years of ‘Zero COVID’ lockdowns