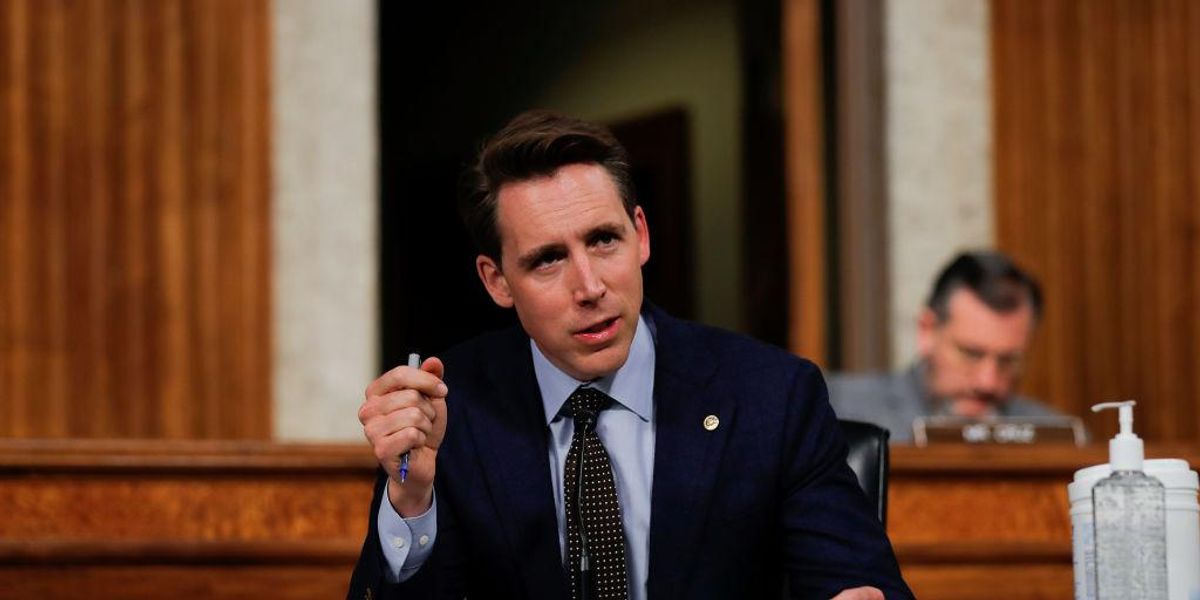 Loews Hotels canceled a “fun-filled-family-friendly” fundraiser for Sen. Josh Hawley (R-Mo.) in Florida after outraged liberals labeled the Republican lawmaker a “traitor” and “domestic terrorist.” The hotel chain, which is made up of 24 properties across the United States and Canada, buckled to Democrats demanding the event be canceled because of Hawley objecting to some of the electoral votes of President-elect Joe Biden.

“Please join Senator Josh Hawley (R-MO) for a Fun-Filled-Family-Friendly Orlando Weekend Event,” the flier read. The event was scheduled for Feb. 12 to 15, and had a price of $5,000 in contributions for a family, $3,000 for a couple, and $1,000 for an individual, according to the flier.

The fundraiser was organized by the political action committee Fighting for Missouri, which is affiliated with Hawley, who was set to be the featured guest.

Once liberals caught wind of the fundraiser for Hawley, they complained to Loews Hotels and petitioned to have the event canceled.

Daniel Uhlfelder, a liberal activist and lawyer best known for dressing up as the grim reaper to scare people on Florida beaches with coronavirus, posted the flyer for Hawley’s fundraiser and demanded Loews Hotels cancel the event. Uhlfelder wrote on Twitter, “@Loews_Hotels. Why are you hosting weekend event for traitor @HawleyMO next month in Orlando, Florida.”

Hey @Loews_Hotels. Why are you hosting weekend event for traitor @HawleyMO next month in Orlando, Florida https://t.co/rt5un3vaQc

The Lincoln Project, a super PAC created by former Republicans with the mission of taking down President Donald Trump, encouraged their Twitter following of nearly 3 million to “Let @Loews_Hotels know we don’t like businesses that work with traitors.”

Lincoln Project cofounder and MSNBC contributor Steve Schmidt ranted, “@HawleyMO poisoned American democracy with his lies. He incited an attack on the US Capitol that included neo Nazis celebrating the murder of 6 million Jews. 6 people were killed and Hawley voted to throw out millions of Black votes. Now he wants to raise money off of it and @Loews_Hotels – providing @HawleyMO with a comfortable spot to spread his #NewJimCrow rhetoric probably isn’t good for business. Loews Corp, what side are you on? Mr. Tisch? Day trip to Universal Studios. If @Loews_Hotels would welcome a gathering of the Klan, white supremacists, neo Nazis, extremist militias and insurrectionists then by all means they should host @HawleyMO. @ProjectLincoln looks forward to telling the story to America.”

State Rep. Anna Eskamani, a Democrat out of Orlando, tweeted, “Is @Loews_Hotels / @UniversalORL going to cancel this fundraiser being hosted by seditionist @HawleyMO in Orlando or are they going to just be chill with a treasonous politician who would rather see Democracy burn for his own political gain?”

Crime novelist and Democrat advocate Don Winslow wrote, “TWITTER… Please retweet @Loews_Hotels and let them know how you feel about this. ‘A fun filled family friendly weekend’ event with a domestic terrorist who incited a riot on the U.S. Capitol that killed 5, incl a police officer. Seriously. I will never stay at a Loews Hotel.”

Rex Chapman, the former professional basketball player who now reposts viral videos on Twitter, tweeted, “Hey @Loews_Hotels. Why are you hosting weekend event for traitor @HawleyMO next month in Orlando, Florida? Pass it on if you feel it.”

Loews Hotels fell to the pressure of the online outcries for cancellation, and scrapped Hawley’s fundraiser.

“We are horrified and opposed to the events at the Capitol and all who supported and incited the actions,” the hotel brand stated. “In light of those events and for the safety of our guests and team members, we have informed the host of the Feb. fundraiser that it will no longer be held at Loews Hotels.”

We are horrified and opposed to the events at the Capitol and all who supported and incited the actions. In light o… https://t.co/Qo3HmmlW8V

This is the second time this month that cancel culture efforts have been directed towards the pro-Trump Hawley. Simon & Schuster canceled Hawley’s upcoming book “The Tyranny of Big Tech” because of “his role” in the storming of the U.S. Capitol building, which the publisher called a “dangerous threat to our democracy and freedom.”

Hawley reacted to the cancellation by saying, “This could not be more Orwellian.”

“There’s no way they cannot be complicit in this,” Manchin said of the GOP senators who challenged the election results. “That they think they can walk away and say, ‘I just exercised my right as a senator?’ Especially after we came back here and after they saw what happened.”