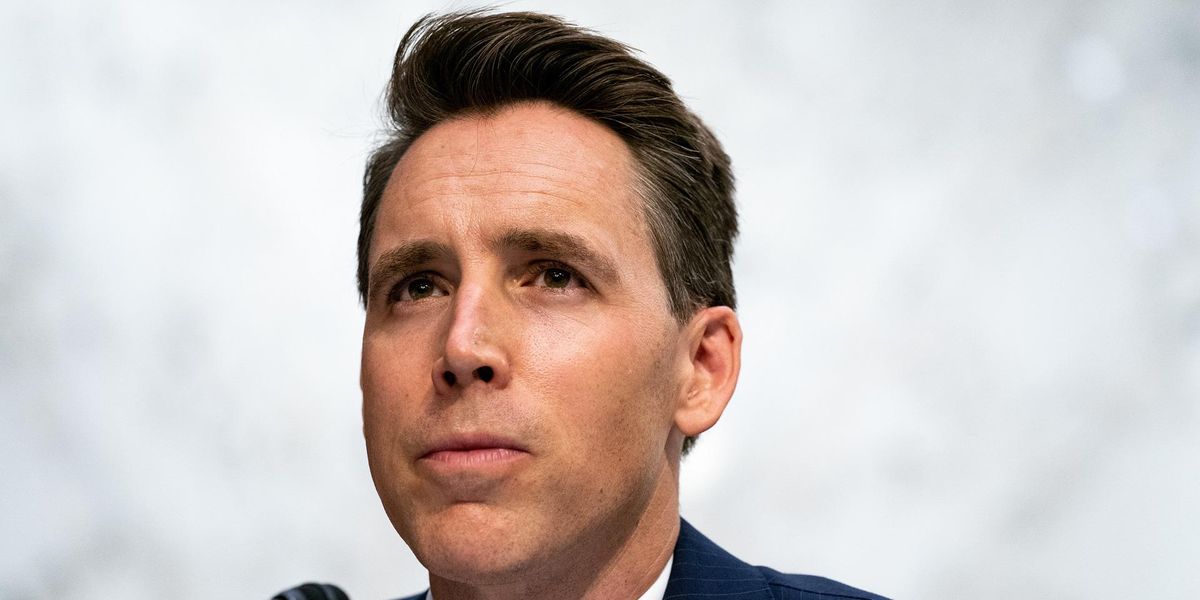 Sen. Josh Hawley has found a new publisher for his upcoming book targeting Big Tech censorship, less than two weeks since Simon & Schuster canceled its contract with the Missouri Republican while accusing him of having a “role” in what led to a pro-Trump mob storming the U.S. Capitol building on Jan. 6.

The Washington Examiner reported that Regnery Publishing, a “conservative publishing house based in Washington,” has picked up Hawley’s upcoming book titled, “The Tyranny of Big Tech.”

“Despite Senator Hawley’s immediate and forceful condemnation of the violent incursion, social media teemed with calls for retribution for his objection to the certification of the electoral vote,” Regnery said in a statement to the outlet. “The next day, … Simon & Schuster announced that it was dropping Hawley’s book, accusing Hawley of complicity in the storming of the U.S. Capitol on January 6, the New York–based publishing conglomerate made the Missouri Republican one of the highest-profile victims of the ‘cancel culture.'”

Regnery went on to say, “It’s discouraging to see [these publishers] cower before the ‘woke mob,’ as Senator Hawley correctly calls it. Regnery is proud to stand in the breach with him. And the warning in his book about censorship obviously couldn’t be more urgent.”

Regnery said Hawley’s book will be released this spring.

Hawley was the first GOP senator to announce that he would be objecting to the certification of some states’ Electoral College votes, and has faced heavy criticism for that decision and for refusing to change his mind on contesting the results — as some Republicans did — following the siege on the Capitol that left at least five people dead.

The day after the attack, Simon & Schuster announced it would not longer publish Hawley’s upcoming book, saying in a statement:

After witnessing the disturbing, deadly insurrection that took place on Wednesday in Washington, D.C., Simon & Schuster has decided to cancel publication of Senator Josh Hawley’s forthcoming book, THE TYRANNY OF BIG TECH. We did not come to this decision lightly. As a publisher it will always be our mission to amplify a variety of voice and viewpoints; at the same time we take seriously our larger public responsibility as citizens, and cannot support Senator Hawley after his role in what became a dangerous threat to our democracy and freedom.

Hawley responded to Simon & Schuster with a statement of his own, threatening to sue the firm:

This could not be more Orwellian. Simon & Schuster is canceling my contract because I was representing my constituents, leading a debate on the Senate floor on voter integrity, which they have now decided to redefine as sedition. Let me be clear, this is not just a contract dispute. It’s a direct assault on the First Amendment. Only approved speech can now be published. This is the Left looking to cancel everyone they don’t approve of. I will fight this cancel culture with everything I have. We’ll see you in court.