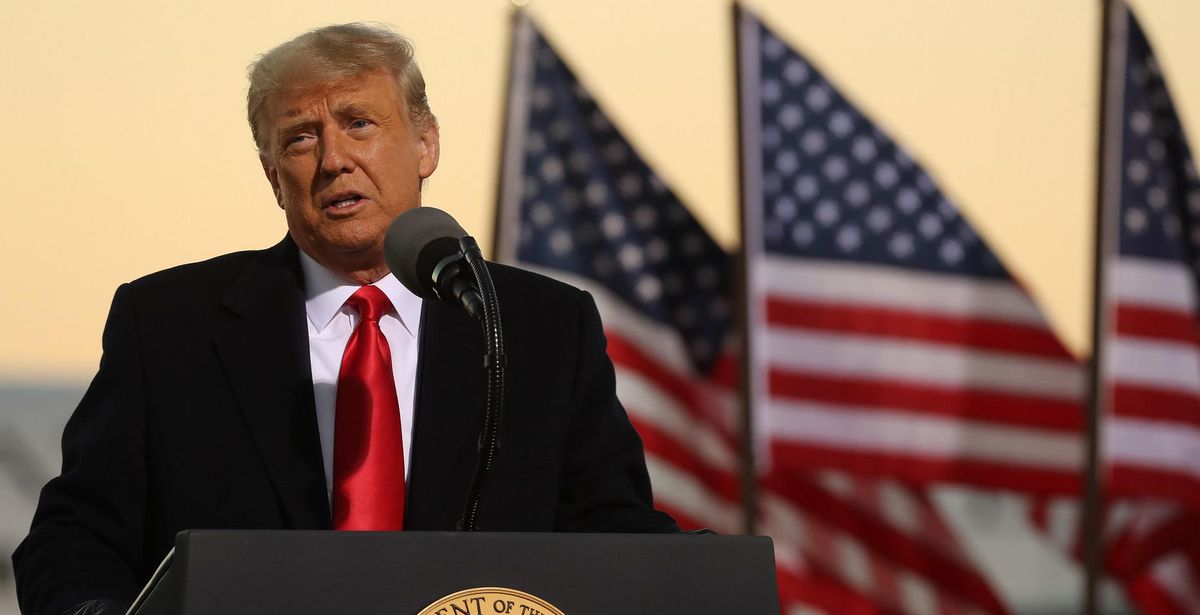 President Donald Trump issued a farewell address to Americans on Tuesday, where he celebrated the successes of his administration and expressed optimism for the nation’s future.

What did the president say?

The president began by thanking his family, along with Vice President Mike Pence and the entire Pence family, as well as law enforcement and the U.S. military before extending his gratitude to the American people for what he referred to as the “privilege” of serving as commander in chief.

Reflecting back on when he first took office, the president said:

“Four years ago I came to Washington as the only true outsider ever to win the presidency. I had not spent my career as a politician, but as a builder looking at open skylines and imagining infinite possibilities. I ran for president because I knew there were towering new summits for America, just waiting to be scaled. I knew the potential for our nation was boundless as long as we put America first.

Pointing to his achievements in increasing border security, the president declared, “We restored American strength at home, and American leadership abroad. The world respects us again — please don’t lose that respect.”

The president also expressed his pride in being “the first president in decades” who did not start any new wars.

“I did not seek the path that would get the least criticism,” Trump said. “I took on the tough battles, the hardest fights, the most difficult choices, because that’s what you elected me to do.”

How did Trump’s speech end?

Now, as I prepare to hand power over to a new administration at noon on Wednesday, I want you to know that the movement we started is only just beginning. There’s never been anything like it. The belief that a nation must serve its citizens will not dwindle but instead only grow stronger by the day. As long as the American people hold in their hearts deep and devoted love of country, then there is nothing this nation cannot achieve. Our communities will flourish, our people will be prosperous, our traditions will be cherished, our faith will be strong, and our future will be brighter than ever before.

I go from this majestic place with a loyal and joyful heart, an optimistic spirit, and a supreme confidence that for our country and for our children, the best is yet to come.