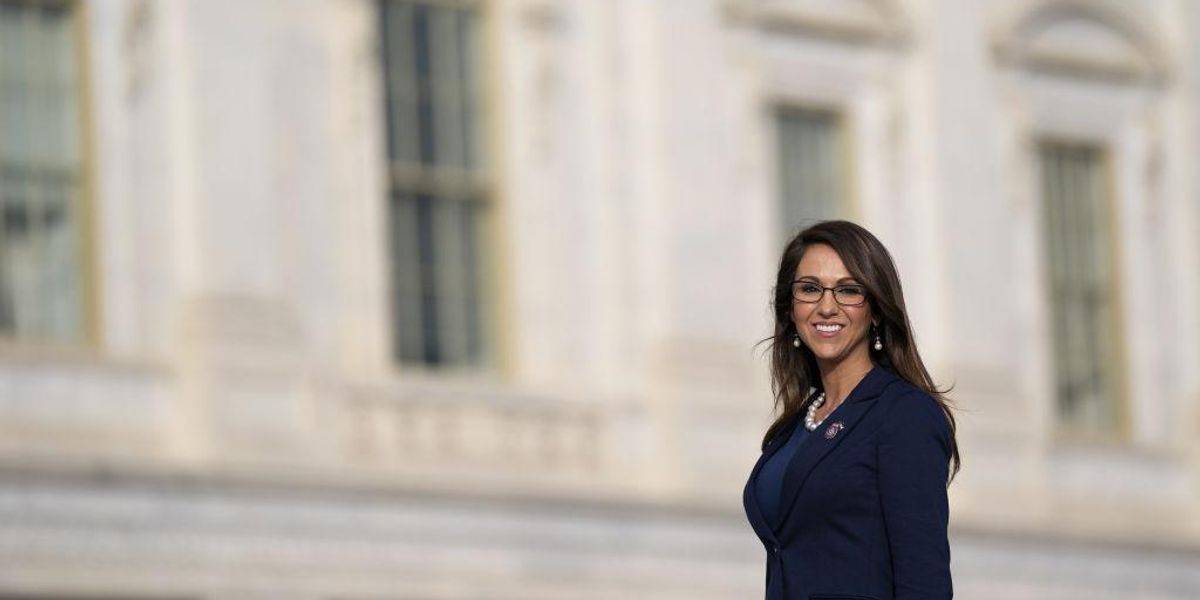 Republican Rep. Lauren Boebert is taking on three of President Joe Biden’s flurry of executive orders that he signed within days of being sworn in.

I introduced 3 bills this week:

1. A bill to prevent funding for the Paris Accord.

2. A bill to halt funding to t… https://t.co/NLYsitpWrM

“Joe Biden took an oath to uphold the U.S. Constitution. If he wants to keep it, he must transmit the job-killing Paris Agreement to the U.S. Senate for ratification,” Boebert said in a statement. “Unilaterally entering the Paris Agreement was wrong in 2016 and it’s wrong now. Responsible energy production supports more than 230,000 Colorado jobs. The Paris Agreement puts these jobs at risk and will increase energy costs.”

“The WHO is China-centric and panders to Beijing at every turn,” the representative from Colorado claimed. “There is no reason U.S. taxpayers should contribute more than $400 million annually to an organization that covered for China and failed to contain the spread of the COVID-19 pandemic.”

“We must not let the Chinese Communist Party off the hook,” Boebert said. “We must hold the WHO accountable. Joe Biden failed to do either of those things and his edict yesterday only emboldens Beijing. Rejoining the WHO without ensuring accountability for the American people is the wrong move.”

Earlier this month, the State Department revealed that it had new evidence that may point to coronavirus emerged from a virology laboratory in Wuhan. China has denied the allegations that COVID-19 originated from the Wuhan Institute of Virology.

Trump halted all funding to the WHO in April. In 2019, the United States was the top funder of the WHO, providing over $400 million, which is about 15% of its budget.

The third bill would overturn the Biden administration’s mask mandate on all federal property and federal buildings. Biden’s executive order also applies to interstate commerce, which means requiring face masks to be worn at airports, on planes, buses, and trains.

“You can’t make this stuff up. Joe Biden was on federal land without a mask the same day he signed a federal property mask mandate,” Boebert chided. “Sadly, this is what we’ve come to expect from hypocritical Democrats. ‘Mandates for thee, but not for me.'”

On Inauguration Day, Biden was maskless on a federal property only hours after signing an executive order that requires Americans to wear face masks on federal property.

None of these bills are expected to gain much traction in the Democratic-controlled House.

Previously, Boebert caused a foofaraw after she said that she was going to bring her firearm to work with her at the Capitol. Democratic Rep. Alexandria Ocasio-Cortez later grumbled that she didn’t “feel safe around other members of Congress.”