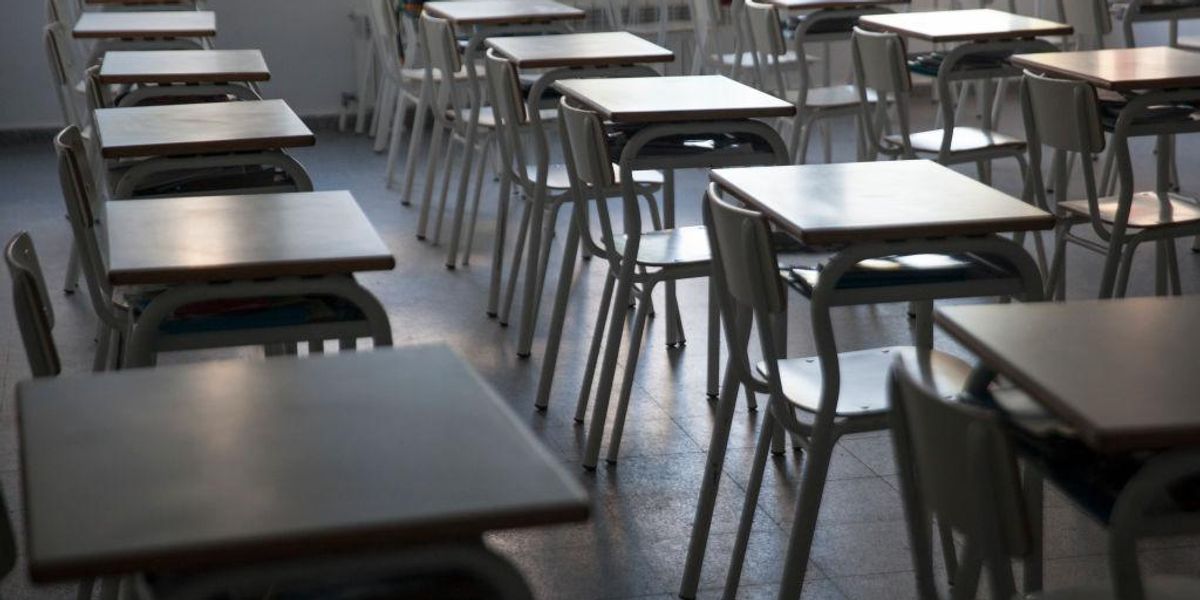 Clark County School District in Nevada, the nation’s fifth-largest school district, wants to reopen as “quickly as possible” following a rash of student suicides, according to a new report.

There were 18 suicides in the nine months that the schools were closed due to the coronavirus lockdown, which is double the amount of suicides in all of the previous year, according to the New York Times.

“By July, after the sixth suicide since March, the district invested in a program, the GoGuardian Beacon alert system, to send reports of mild to severe suicide risk,” the report said. “The system, which scans student writings on district-issued iPads, generated more than 3,100 alerts from June to October, indicating behavior such as suicide research, self-harm, written comments, or just the need for help or support.”

“When we started to see the uptick in children taking their lives, we knew it wasn’t just the Covid numbers we need to look at anymore,” Jesus Jara, Clark County superintendent, said. “We have to find a way to put our hands on our kids, to see them, to look at them. They’ve got to start seeing some movement, some hope.”

“We are not only in the midst of a health crisis, but we are being challenged with a mental health crisis and an academic crisis,” Jara said.

“Superintendents across the nation are weighing the benefit of in-person education against the cost of public health, watching teachers and staff become sick and, in some cases, die, but also seeing the psychological and academic toll that school closings are having on children nearly a year in,” the New York Times said. “The risk of student suicides has quietly stirred many district leaders, leading some, like the state superintendent in Arizona, to cite that fear in public pleas to help mitigate the virus’s spread.”

The Clark County school district plans to bring in-person learning back for elementary-age students, as well as “groups of struggling students even as greater Las Vegas continues to post huge numbers of coronavirus cases and deaths.”

The students will participate in social-emotional wellness programs, interventions, academic screenings, and small-group instruction, according to the school board’s press release.

The Centers for Disease Control and Prevention reported in August that one-quarter of American young adults have thought about committing suicide since the coronavirus pandemic started. The CDC found that 25.5% of Americans ages 18-24 had seriously contemplated suicide in the past 30 days. Among those aged 25-44, 16% thought about killing themselves.

The CDC found that the average proportion of emergency department visits by children for mental health-related reasons was 44% higher from mid-March into October compared with that time period in 2019.

“Many mental disorders commence in childhood, and mental health concerns in these age groups might be exacerbated by stress related to the pandemic and abrupt disruptions to daily life associated with mitigation efforts, including anxiety about illness, social isolation, and interrupted connectedness to school,” the CDC stated in November.

Distance learning because of the COVID-19 lockdowns has also caused students’ grades to plummet. “School districts from coast to coast have reported the number of students failing classes has risen by as many as two or three times — with English language learners and disabled and disadvantaged students suffering the most,” the Associated Press reported in December.

It isn’t only students who are suffering under the COVID-19 lockdowns. Social isolation, employment concerns, financial uncertainties, and anxiety about the future have caused emotional damage to adults.

Pre-lockdown there were 8% of American adults showing depression symptoms, according to one study published in September. Post-lockdown, that figure skyrocketed to nearly 28%.

In Japan, suicides were up nearly 40% in October compared to the same time in 2019. Suicides by Japanese women spiked a whopping 82% in that period.