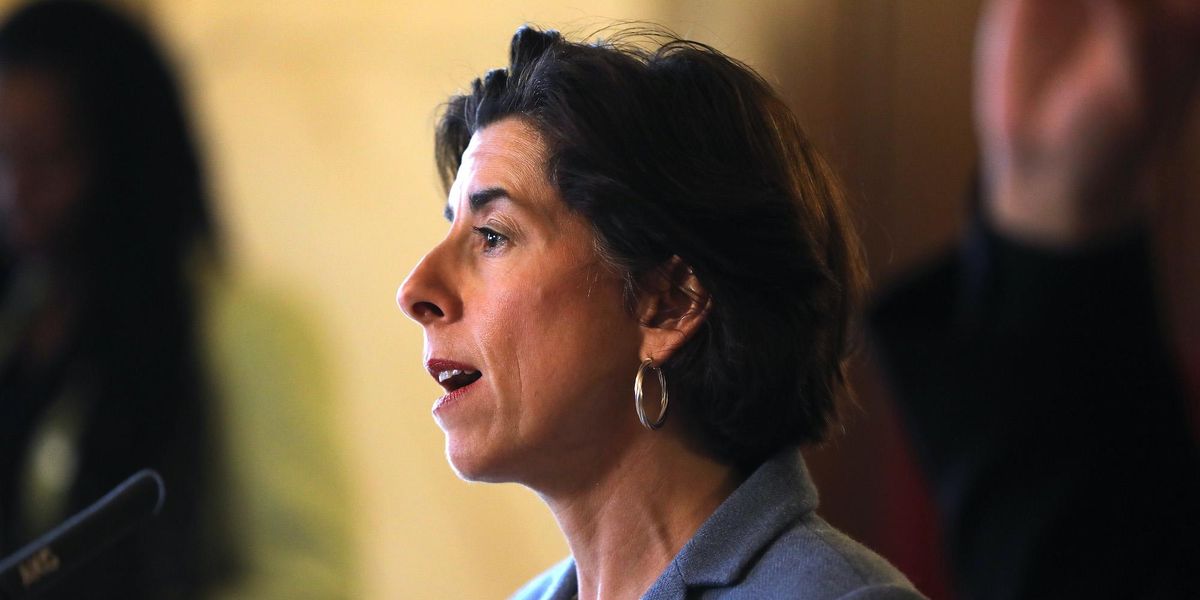 President Joe Biden promised that families making under $400,000 a year would face no new taxes under his plans, but his nominee to head the Commerce Department must have not gotten that particular memo.

Rhode Island Gov. Gina Raimondo said
during a Senate hearing Tuesday for her nomination that the administration would have to remain open to new taxation on middle class families in order to fund policies on climate change and infrastructure improvement.

Raimondo was asked by Sen. Rick Scott (R-Fla.) to comment on whether she would be in favor of new taxes including a gas tax.

“Let me say this. I, as governor, am deeply in touch with how much increasing bills affect the average American family,” responded Raimondo.

“Having said that, we do need to meet the climate change challenge and we need funds for improved infrastructure – better roads, safer roads, safer bridges – which also creates jobs. So I would look to balance those interests and work as a piece of the president’s team,” she added.

This appears to be in contradiction to Biden’s
promise in May of the previous year made during an interview with CNBC.

“Nobody making under 400,000 bucks would have their taxes raised. Period. Bingo. Let’s get people back to work. Let’s get them to work,” said Biden definitively.

That promise was used by
fact-checkers to diffuse claims from Biden’s critics that his policies would necessarily lead to higher taxes for the middle class.

Just a day after Raimondo’s hearing, the president issued executive orders to fight climate change that would cost approximately $2 trillion.

Here’s the video of Raimondo’s comment on taxing the middle class:

New York AG sues Amazon, says company didn’t do enough to protect its workers from coronavirus
Hyatt Hotels fires back at Democrats demanding boycott of hotel chain for hosting CPAC
Tucker: Who is Liz Cheney and what does she stand for?
‘The Five’ slams MSNBC host likening pro-gun Americans to terrorists
5 Times Biden’s Interior Nominee Refused to Answer Basic Questions on Energy