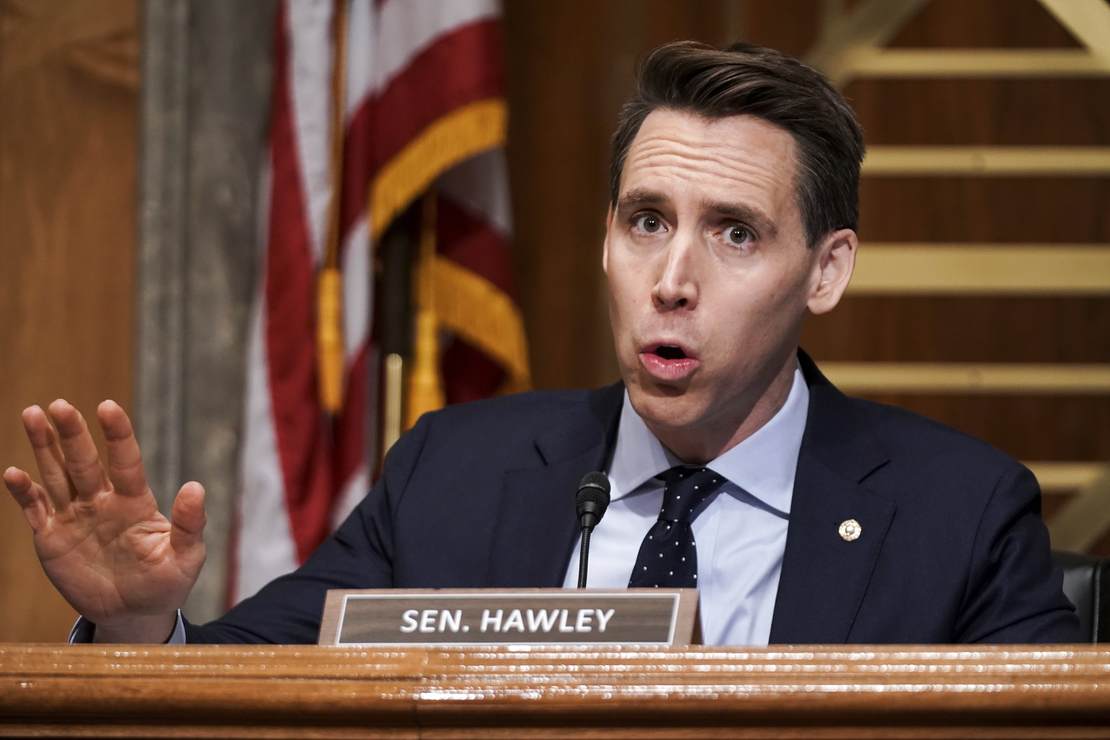 Michael Beschloss is a historian so you can take his deeply considered observation about Senator Josh Hawley’s finger to the bank.

Beschloss has written about Presidents Kennedy, Eisenhower, Johnson, and Truman and he’s credited with being a keen observer, so his Hawley observation was one to watch.

In short, the author and favorite presidential historian of the PBS crowd, when Doris Kearns Goodwin isn’t around that is, thinks that Hawley’s pointed finger during the attorney general senate confirmation of Judge Merrick Garland was historically noteworthy.

Beschloss was shocked, nay stunned, that Hawley would dare point a finger at Garland.

What U.S. Senator in history pointed menacingly at witnesses like this?

In fact, Hawley’s finger reminded the historian of another historical finger.

And if you guessed it was Senator Joe McCarthy’s finger, you’re as smart as Michael Beschloss.

Everything old is new again: pic.twitter.com/csytkCEynA

He’d never seen a historical finger like this in all of his years of watching the US senate except McCarthy’s.

It reminded him of The Best Man, a 1964 movie starring Cliff Robertson as a popular “people’s senator” who has a deep, dark great flaw besides pointing at people.

Here is Joe Cantwell, the reckless, malicious and opportunistic young Senator in “The Best Man” (1964), played by Cliff Robertson: pic.twitter.com/4JVvMDYUnO

And while the lefty historian’s sycophantic followers were totally in tune with his pointed assessment of the popular conservative senator, others weren’t buying it.

They fingered the presidential historian for making a deeply flawed assumption.

NRO’s Dan McLaughlin wanted to make sure that the historian knew that his data might be wrong.

He even answered Beschloss’s question about the finger.

All of them, Mike. The answer is ALL of them.

All of them, Mike. The answer is ALL of them. pic.twitter.com/efkVihSyyB

Folks noted that other senators have been known to point a finger, too.

This clown claims that he is a “presidential historian.” https://t.co/fSEsRd75aF pic.twitter.com/UaM8uf8D1h

At least Hawley didn’t look like he was aiming a gun when he used his finger.

Catturd picked up on the historian problem with Beschloss’s finger issue and returned the finger, er, favor.

As you may have wondered, Beschloss is not a big fan of Republican presidents – especially President Trump.

In fact, he’s a Trump troll.

Poor guy, he seems so unhappy down there in South Florida, sort of like a loser.

Put it this way, I don’t think a Beschloss book about Trump would be very even-handed.

This morning in Palm Beach, someone is shouting at Mark Meadows all the tweets he would have been sending out had he not been kicked off Twitter.

You might want to keep that in mind the next time you’re looking to finger a reliable history book.

‘Give It a Try!’ Seattle-Backed Homeless Shelter Provides Pipes to Smoke Heroin and Advice on ‘Booty Bumping’

Unity Watch: Democrats Introduce a Bill to Punish Trump When He Dies