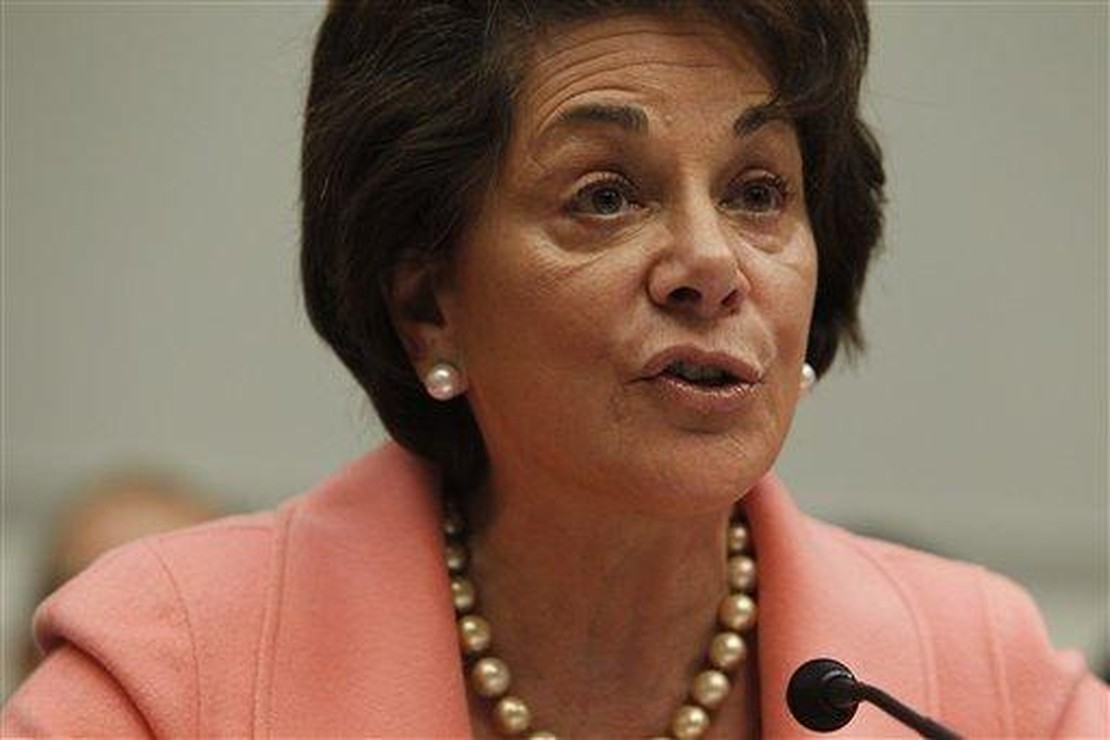 Two Democrats on the House Energy and Commerce Subcommittee on Communications and Technology, Representative Anna Echo (D-Calif.) and Jerry McNerney (D-Calif.), have written a letter to cable and streaming services to question the networks and shows they carry. Of course, the Democrats’ primary targets are Fox News, OANN, and Newsmax, the three channels that do not take the preferred narrative of Democrats and the rest of the corporate media. The companies contacted include AT&T, Verizon, Roku, Amazon, Apple, Hulu, Comcast, and Dish. Here is the essence of their inquiry:

Nearly half of Americans get their news primarily from TV. However, not all TV news sources are the same. Some purported news outlets have long been misinformation rumor mills and conspiracy theory hotbeds that produce content that leads to real harm. Misinformation on TV has led to our current polluted information environment that radicalizes individuals to commit seditious acts and rejects public health best practices, among other issues in our public discourse.

Experts have noted that the right-wing media ecosystem is “much more susceptible…to disinformation, lies, and half-truths.” Right-wing media outlets, like Newsmax, One America News Network (OANN), and Fox News all aired misinformation about the November 2020 elections. For example, both Newsmax and OANN “ran incendiary reports” of false information following the elections and continue to support “an angry and dangerous subculture [that] will continue to operate semi-openly.” As a violent mob was breaching the doors of the Capitol, Newsmax’s coverage called the scene a “sort of a romantic idea.”7 Fox News, meanwhile, has spent years spewing misinformation about American politics.

Hilariously, the sources for these claims include Vox, USA Today, and The Washington Post. It is entirely on-brand that these two Democrats fail to mention MSNBC, CNN, and the host of other commentators that spent three years being utterly wrong about the Steele Dossier, Russian Collusion, and the conclusions of the Mueller report. Worse than that, they regularly give platforms and contributor slots to former officials who perpetrated those lies and members of Congress such as Adam Schiff, who lied on the record for three years straight.

The letter further pushes to make the services explain how they decide what news channels to carry. The Democrats also seem the want the people who provide the pipes, much like phone companies used to provide the phone lines, to monitor the content on specific channels and censor it. Most disturbing, they ask for the number of subscribers who tuned into Fox, OANN, and Newsmax for the four weeks before the election and the Capitol riot. What’s next? Names?

Let’s start with the concern over misinformation about the 2020 election. The fact is, if you watched what happened on election night, it was not expected. Some stations chose to explore the irregularities, the stations that Democrats prefer ignored them and claimed there was no evidence of fraud. The truth is likely somewhere in the middle. Time magazine published a story about a concerted effort to change election laws, manipulate information distribution, and fund election offices in a way that has never been done before. That some Americans are uneasy with what we have learned and that some commentators covered those issues is not misinformation. It is a difference of opinion seen mostly on shows considered commentary, not news.

As far as rejecting public health best practices, those have changed consistently. The big problem is Fox, OANN, and Newsmax will allow doctors and researchers who disagree with Dr. Anthony Fauci to present differing information. Fauci is not the only or even the most informed opinion on public policy related to the pandemic. He is an immunologist with a very narrow focus and does not corner the market on perspectives about COVID-19. Even mainstream channels are now asking members of the Biden administration why Florida and California are not much different in their results, even though they’ve been radically different in their policies. The right-leaning channels have just been asking those kinds of questions longer.

Thankfully, there is still one commissioner at the FCC who supports freedom of the press and freedom of speech. Commissioner Brendan Carr issued a response to the Democrat’s letter. His first paragraph could not be more on target:

“Today two senior Democrats on the House Energy and Commerce Committee selectively targeted a handful of news media outlets for their coverage of political events. By writing letters to the cable providers and other regulated entities that carry these news media outlets, the Democrats are sending a message that is as clear as it is troubling – these regulated entities will pay a price if the targeted newsrooms do not conform to Democrats’ preferred political narratives. This is a chilling transgression of the free speech rights that every media outlet in this country enjoys.”

There will be a subcommittee hearing on Wednesday to explore “disinformation and extremism” in the news. Democrats are using the Capitol riot as a pretext for significant moves toward censorship. They cannot limit the First Amendment themselves, so they will continue to pressure private companies, cable and streaming this time, to act on their behalf. This behavior is becoming a pattern of practice that state governments may have no choice but to address, as Governor Ron DeSantis has discussed doing with Big Tech.

Even in Tennessee, Educators Who Don’t Toe the Leftist Line Can Be Punished
6th grade choir teacher separates kids into ‘privileged’ and ‘targeted’ groups in lesson on ‘oppression’
Insurrection! Democrats Are Now Trying to Steal Iowa Republican’s House Seat
Cuomo harassment claims should not take focus off nursing homes: NY GOP chair
Soccer star says LeBron should stay out of politics, James responds: ‘I am kind of the wrong guy to go at’