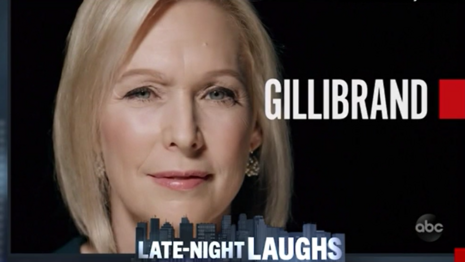 On Friday’s All Things Considered, National Public Radio reported on Gov. Andrew Cuomo’s growing scandals, and as they discussed Lindsey Boylan’s charges of sexual harassment, reporter Sally Herships noted Sen. Kirsten Gillibrand’s office gave her the “No comment” treatment. This is the same Gillibrand that drove Sen. Al Franken out of office on sexual harassment charges.

When it came to Franken, Gillibrand on Facebook that he had to go: “I believe it would be better for our country if he sent a clear message that any kind of mistreatment of women in our society isn’t acceptable by stepping aside to let someone else serve.”

NPR anchor Ari Shapiro asked how the Democrats are handling Cuomo. He’s only going to address these charges if the Democrats and their supportive media get tougher.

SHAPIRO: And what are Democratic lawmakers in New York saying? Are they part of the push to unseat the governor?

HERSHIPS: Yes and no. And this is where things get kind of interesting. So in addition to the underreported nursing home deaths, on Wednesday a former aide, Lindsey Boylan, published a post on Medium claiming that Cuomo had sexually harassed her. He has reportedly denied these allegations. She says he suggested they play strip poker, that he kissed her on the mouth. So while Democratic state lawmakers have been very vocal about the nursing home deaths, it’s interesting to note that one powerful lawmaker is remaining mostly quiet about the new allegations. That is Senator Kirsten Gillibrand. I wrote to her office earlier today to ask if she would support an investigation into the allegations of sexual harassment, and I have not yet received an answer.

“I have not read her allegations or her post, her Medium post,” Gillibrand told reporters on a call Thursday afternoon — a day after Cuomo accuser Lindsey Boylan came forward igniting widespread media coverage.

“But as I said, everyone has a right to be able to come forward, speak their truth, and be heard. And that’s true for her and that’s also true for Gov. Cuomo.”

The latest New York Times report on a second accuser — Charlotte Bennett – should prompt Gillibrand to read up and speak up, right? Bennett is “saying that he asked her questions about her sex life, whether she was monogamous in her relationships and if she had ever had sex with older men.”