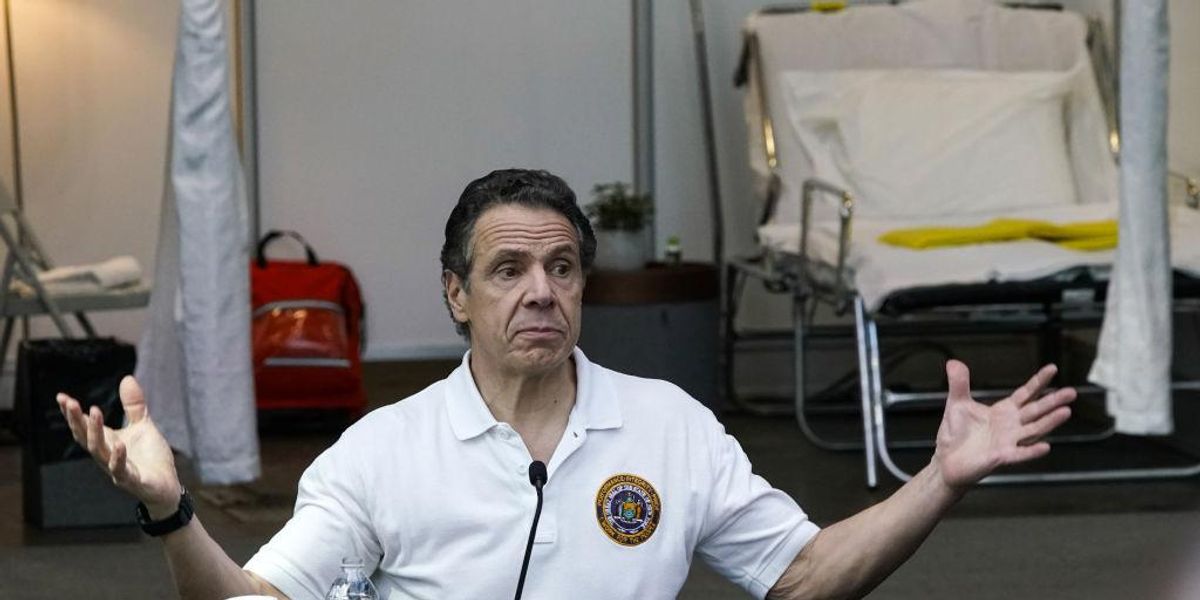 Democratic New York Gov. Andrew Cuomo finally addressed the sexual harassment accusations against him by two women. The governor denied the allegations by his two accusers, and defended himself by saying, “Some of the things I have said have been misinterpreted as an unwanted flirtation.”

“I never intended to offend anyone or cause any harm,” the statement released on Sunday evening read.

“At work sometimes I think I am being playful and make jokes that I think are funny,” Cuomo said. “I do, on occasion, tease people in what I think is a good natured way.”

“I have teased people about their personal lives, their relationships, about getting married or not getting married,” he continued. “I mean no offense and only attempt to add some levity and banter to what is a very serious business.”

This could be a reference to the allegations by his second accuser, 25-year-old Charlotte Bennett, who claims that Cuomo asked her if she was romantically involved with someone and if she was monogamous during her relationships.

Cuomo, 63, said he had intended to be a mentor for Bennett.

“I now understand that my interactions may have been insensitive or too personal and that some of my comments, given my position, made others feel in ways I never intended,” Cuomo stated.

He then gave an apology to anyone who “misinterpreted” him, “I acknowledge some of the things I have said have been misinterpreted as an unwanted flirtation. To the extent anyone felt that way, I am truly sorry about that.”

Cuomo said he “never inappropriately touched anybody” and “never propositioned anybody.” He added, “I never intended to make anyone feel uncomfortable.”

Bennett told the New York Times, “He also asked me in the same conversation if I had ever been with an older man.”

During a discussion about tattoos, Cuomo allegedly suggested that Bennett get the ink on her buttocks so people couldn’t see the tattoo if she wore a dress.

Lindsey Boylan, the first woman to accuse Cuomo of sexual harassment, alleged that the governor kissed her on the lips without consent, touched her legs, joked about playing strip poker, and the harassment went on for years.

“These are allegations that New Yorkers deserve answers to,” Cuomo said on Sunday. “That’s why I have asked for an outside, independent review that looks at these allegations.”

Last week, Cuomo hand-picked former U.S. District Judge Barbara Jones to carry out the independent investigation into the allegations, but backtracked on Sunday after blowback. Jones was a former law partner to one of Cuomo’s closest advisors, Steve Cohen, which could be seen as a conflict of interest.

Cuomo released a new statement saying that New York State Attorney General Letitia James (D) and the chief judge of the court of appeals, Janet DiFiore, would jointly select an “independent and qualified lawyer in private practice without political affiliation to conduct a thorough review and issue a public report.”

“We had selected former Federal Judge Barbara Jones, with a stellar record for qualifications and integrity, but we want to avoid even the perception of a lack of independence or inference of politics,” the statement said. “The work product will be solely controlled by that independent lawyer personally selected by the Attorney General and Chief Judge.”

James issued her own statement on the independent investigation.

“The state’s Executive Law clearly gives my office the authority to investigate this matter once the governor provides a referral,” James said. “While I have deep respect for Chief Judge DiFiore, I am the duly elected attorney general and it is my responsibility to carry out this task, per Executive Law. The governor must provide this referral so an independent investigation with subpoena power can be conducted.”

As TheBlaze reported, numerous Democrats have called for an independent investigation into the allegations against Cuomo, including New York City Mayor Bill de Blasio.