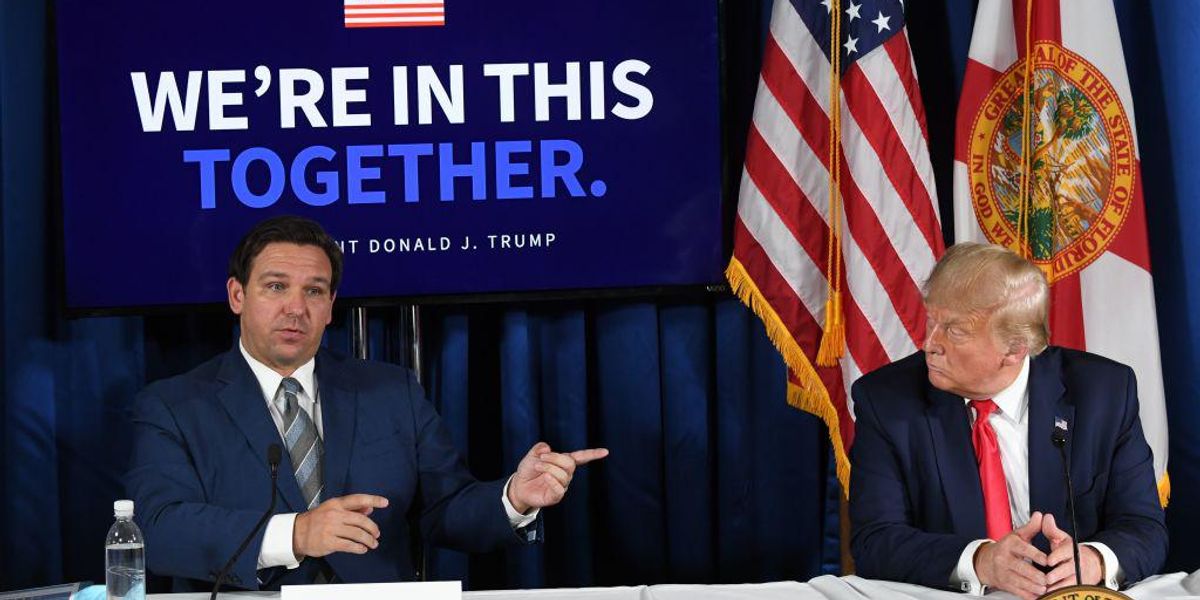 Before Trump delivered his speech on Sunday afternoon at CPAC in Florida, the results of the straw poll were released.

As for the direction of the Republican Party, a whopping 95% of conservatives at the political convention want to continue with Trump’s issue agenda and policies going forward.

Trump’s presidential job approval was 97% with the CPAC crowd, including 87% who strongly approved of the former president’s job while he was in the White House.

There were 68% of CPAC attendees who said Trump should run for president in 2024. If Trump was elected as president in 2024, he would be 78-years-old, the same current age as President Joe Biden.

The CPAC straw poll found that Trump was the overwhelming favorite candidate in 2024 at 55%. Republican Florida Gov. Ron DeSantis was the runner-up at 21%, followed by Republican South Dakota Gov. Kristi Noem at 4%, and Nikki Haley at 3%.

The CPAC straw poll asked who is their preferred presidential candidate if Trump doesn’t run, and DeSantis was the overwhelming favorite with 43% of the vote, making him a potential heir apparent to Trump. Noem came in second at 11%, followed by Donald Trump Jr. at 8%, Mike Pompeo with 7%, Ted Cruz at 7%, Tucker Carlson capturing 3%, Josh Hawley snagging 3%, and Ivanka Trump at 3%.

At the 2016 CPAC, Sen. Ted Cruz (R-Texas) won the straw poll with 40% of the vote, followed by Sen. Marco Rubio (R-Fla.). Trump, who canceled his appearance at the convention, finished third with 15% of the votes.

DeSantis delivered his CPAC speech on Friday, where he hit on immigration, big tech censorship, and election security.

“Florida’s leading on the issues that matter to conservatives,” DeSantis said. “We don’t spout hollow rhetoric. We take decisive action.”

“We cannot, we will not, go back to the days of the failed Republican establishment of yesteryear,” the Florida governor proclaimed. “We reject open borders and instead support American sovereignty and the American worker. Building a movement on amnesty and cheap foreign labor is like building a house on a field of quicksand.”

SECRET CDC REPORT: Since the launch of Operation Warp Speed, at least 1.1 million Americans have “died suddenly”
Elementary school principal commits suicide at Disneyland after being charged with child endangerment and battery
Woke Hollywood Director James Cameron Calls Testosterone a “Toxin” That Must Be Expelled From System
Florida Man Friday: He Was Nearly Transitioned by Gunfire
James Woods to sue DNC over collusion with Twitter to censor Americans’ speech: ‘Scratch a liberal, and you will find a fascist every time’