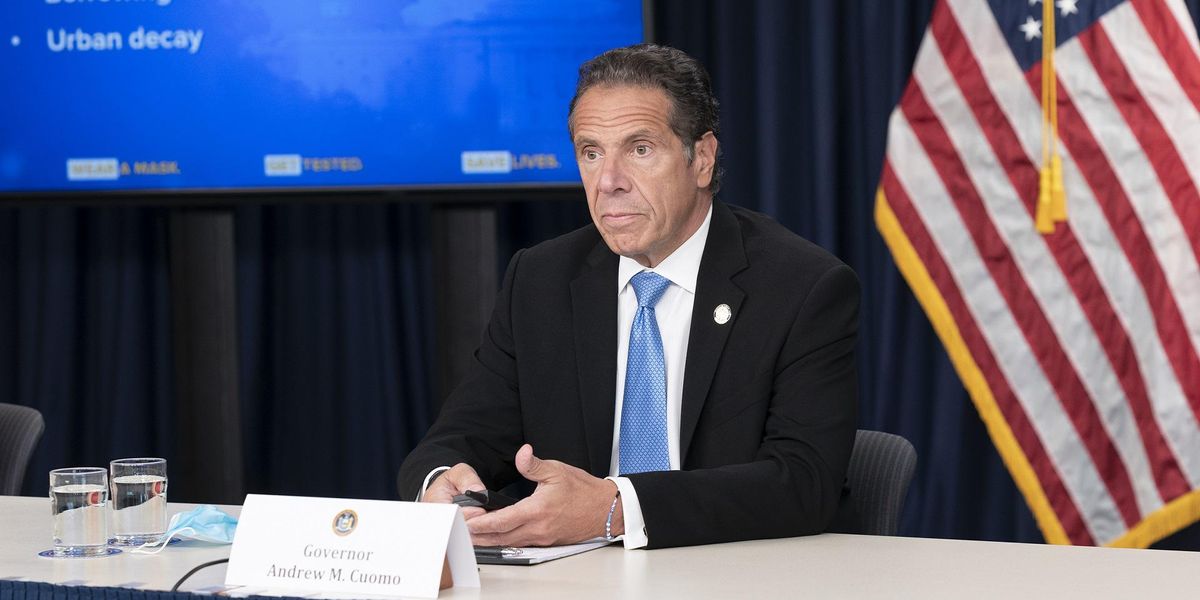 Democratic leaders of the New York Legislature have reached an agreement set to pass as early as this week that would revoke the emergency powers granted to Gov. Andrew Cuomo (D) early last year to deal with the coronavirus pandemic.

Lawmakers said they seek to return to a balance of power, but the move comes as Cuomo remains embroiled in controversy over allegations that his administration underreported nursing home deaths — and the day after a third woman went public with claims that the governor made unwanted sexual advances toward her.

The legislature announced in a news release that Senate Majority Leader Andrea Stewart-Cousins (D) and Assembly Speaker Carl Heastie (D) have agreed to legislation that would immediately revoke the temporary emergency powers granted to Cuomo, which are currently set to expire at the end of April.

Assemblywoman Carrie Woerner told WNBC-TV that the measure could be passed as early as Friday.

The outlet reported that “Queens State Senator John Liu (D) said the agreement is less about retribution from the mushrooming scandals the governor is facing, and more about restoring the balance of power in Albany between the branches of government.”

Meanwhile, calls for the governor to resign have escalated, as three women have come forward accusing Cuomo of sexual harassment, and reporters and lawmakers alike have issued public claims that Cuomo bullied and threatened them. That is all in the midst of widespread outcry after a top aide was recorded acknowledging to state Democratic leaders that nursing home deaths during COVID-19 were underreported over fears from political fallout under former President Donald Trump.

Cuomo issued a statement in reaction to the harassment claims, saying in part, “I now understand that my interactions may have been insensitive or too personal and that some of my comments, given my position, made others feel in ways I never intended.”

The governor has refused to step down, but the New York Post — which broke the story of the nursing home scandal — reported Tuesday that Cuomo has been “quick” to call on other politicians to resign over allegations of sexual harassment in the past.

April 8th, 2021: mRNA vaccines may cause your body to churn out PRIONS that “eat your brain” like Mad Cow Disease
Faux Psaki: ABC Plays WH Spox for a Day, Touts Biden’s Infrastructure Plan
Former Pfizer scientist warns that governments and pharmaceutical companies will continue to deceive and enslave people before killing them off
60 Minutes is fake news garbage that was caught fabricating “pay for play” narrative against Florida’s DeSantis
THURSDAY AT 3:30PM EASTERN: ‘Five O’Clock Somewhere’ Live Chat with Kruiser, Preston, VodkaPundit – Replay