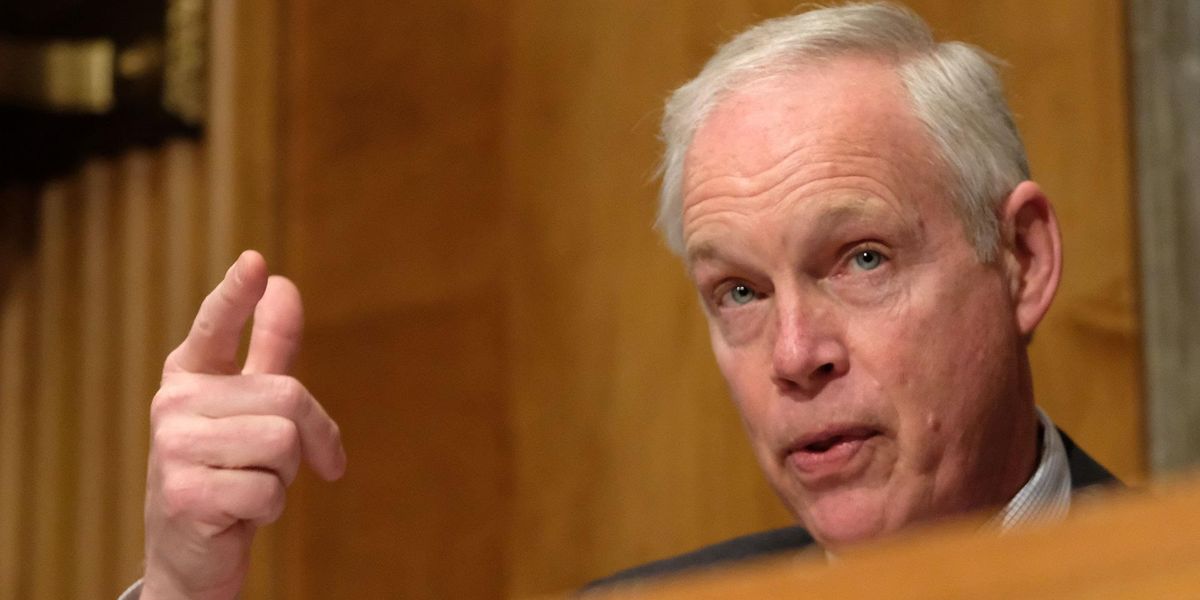 CNN called the move, which is expected to take roughly 10 hours, “pointless obstruction.”

Johnson warned Wednesday that he would “make the Senate clerk” read every page of the bill, saying “we need to highlight the abuse” and calling the package “a boondoggle for Democrats.”

He argued, “Since more than 90% of this ‘COVID relief’ bill is not even related to COVID, I think we need a full reading of the bill. Yes, it could take 10 hours but the American people deserve to know what’s in it.”

On Thursday, the Wisconsin Republican kept his word. After a 51-50 vote to proceed on opening debate the bill — with Vice President Kamala Harris breaking the tie — Johnson forced the bill to be read. He also noted that he does “feel bad for the clerks.”

The Hill pointed out that “typically, the Senate waives the full reading of bills or amendments.”

“If they’re going to add nearly $2T to the national debt at least we should know what’s in the bill,” Johnson tweeted after he insisted the bill be read aloud.

Cillizza said Johnson’s insistence that the bill be read aloud was “a procedural maneuver design[ed] to stall the eventual vote on the measure but without any goal beyond that.”

But Johnson says he does have a goal. Beyond exposing to the public what is in the massive bill, the senator says it would also buy time for senators to formulate amendments to the legislation.

Iowa GOP Sen. Joni Ernst explained, “We’re really going to continue to hammer on all the nonsense that’s non-COVID related that has been packed into this Democratic wish list.”

She added, “I think you’re going to see a lot of amendments coming from our members, and they’re going to be good, solid amendments — trying to decrease some of the line-item funding that you see in non-COVID items as well as trying to make more sensible adjustments to the rest of the package.”

Senate Majority Leader Chuck Schumer (D) said Thursday, “A few of my Republican colleagues are going to some pretty ridiculous lengths to showcase their opposition.”