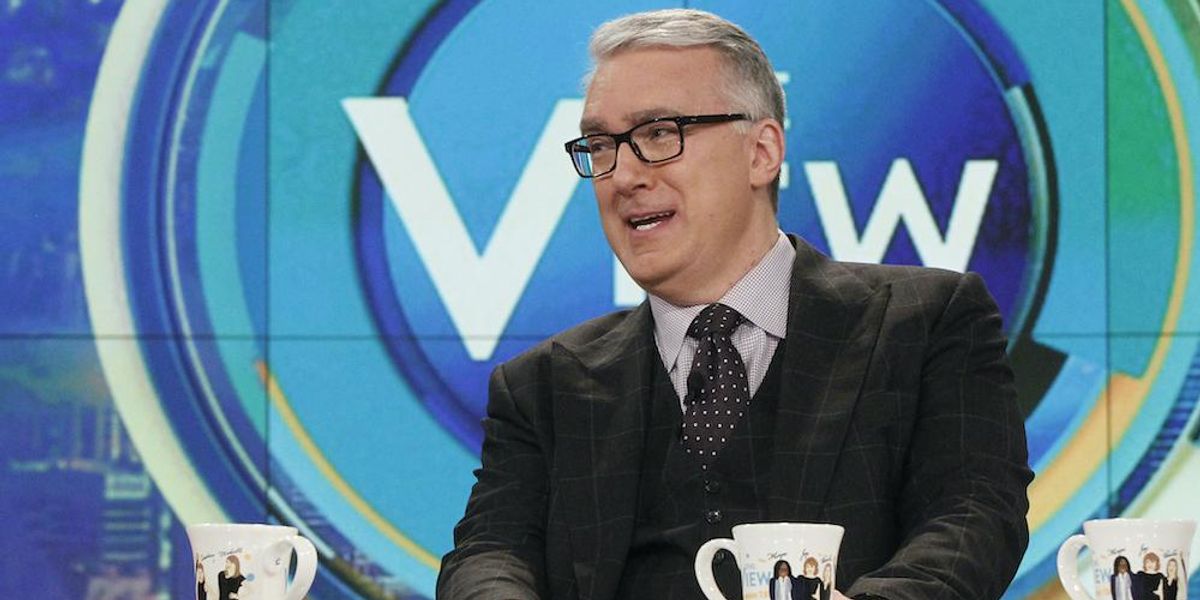 Known rabid left-winger and anti-conservative media shouter Keith Olbermann has made a lot of statements over the years that upset the right. He has never hidden his disdain for his political opponents or anyone else he might consider to be “The Worst Person in the World.”

In fact, just this week, the ex-CNN/ESPN/MSNBC/Fox Sports/MSNBC (again)/NBC/Current TV/TBS/ESPN (again)/GQ/ESPN (a third time) host found himself in hot water for ill-considered remarks about denying vaccines to Texans following Republican Gov. Greg Abbott’s declaration that the Lone Star State would be lifting COVID-19 restrictions and the statewide mask mandate.

“Why are we wasting vaccinations on Texas if Texas has decided to join the side of the virus?” Olbermann tweeted Tuesday night.

So imagine the shock his liberal fans experienced when he revealed to NewsNation’s “Banfield” host (and fellow MNSBC alum) Ashleigh Banfield on Wednesday that his views on wokeness and cancel culture pretty much line up with those of conservatives.

What did he say?

Banfield asked Olbermann about his love of comedy, including Howard Stern and Monty Python, and how he squares liking those forms of non-woke entertainment with being a liberal.

“I’ve read that you loved Howard Stern and Monty Python — things that I love as well,” Banfield began. “But then I’m trying to square, being a liberal, these are not woke comedies. We should feel bad about liking a lot of that humor.”

Olbermann stated that he likes Stern, but doesn’t necessarily like everything Stern does, and noted that “the Python guys were, in their own way, as woke as anybody could be in 1974.”

And then he dropped the hammer his SJW fans likely didn’t expect.

“I don’t buy into wokeness in the slightest, and this is perhaps a function of being 62 years old now,” he said. “I think many things you can improve upon … in terms of your awareness of the world around you” and previous mistakes you have made.

Explaining his views on wokeness and cancel culture, he said, “The best way to look at your youth is with a kind of compassionate scorn for how for stupid you were. And I think we do have to have that.”

And then he dove into recent examples of liberal groups canceling historic figures for their past sins, including, for example, moves to rename schools named after President Abraham Lincoln:

When you get around to taking the name of Abraham Lincoln off of a high school because he had the attitudes of his time — prior to, you know, sort of singlehandedly effecting the end of slavery — and he never did anything good about native Americans — that’s absolutely true — but you have to judge, particularly when you’re doing retroactive stuff, you have to judge it in the context of the times.

There’s only two things that can happen if somebody is doing something wrong: Either they continue to do it wrong, or they stop doing it wrong.

And you want the latter. And whatever process you need to go through to get people to stopping doing the wrong thing, I think is appropriate.

But simply saying, “OK, it’s this or we’re erasing you from history” is very draconian and foolish and throws out the proverbial baby with the bath water.

And I know somebody will complain that I used the phrase “throwing out the baby with the bath water” because this will now imply violence against children, and it doesn’t.

Then he added an important note about redemption: “You have to judge things in the context of their own time, and I think anything and anybody who moves toward the light needs to be rewarded and applauded.”