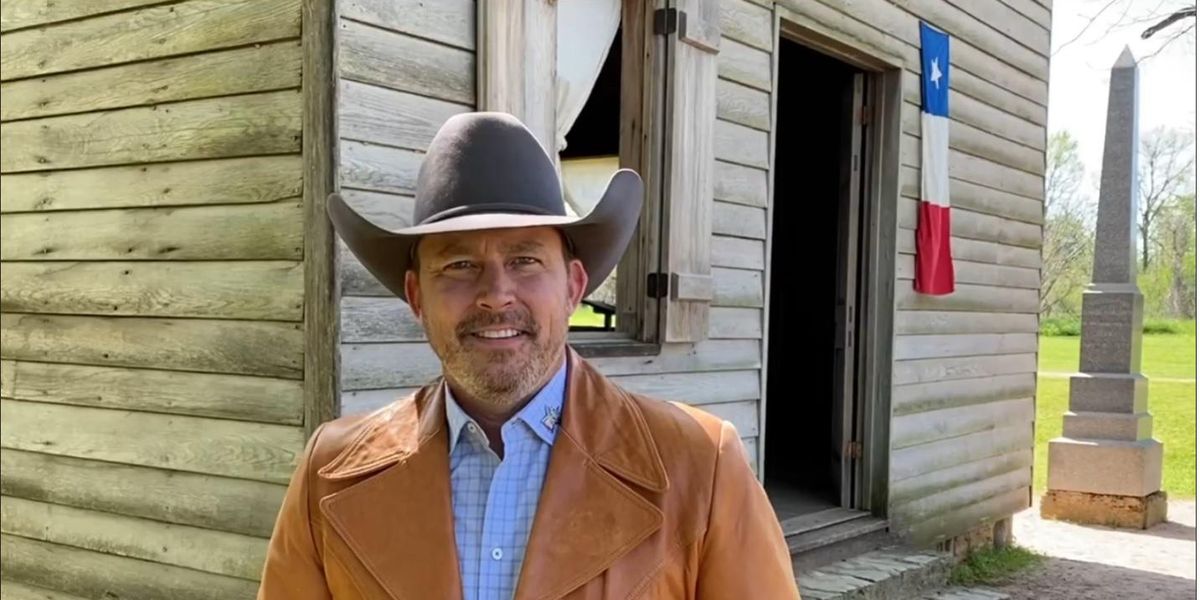 BlazeTV host and internet personality Chad Prather kicked off his campaign in earnest on Friday with a media blitz including appearances at the historic Washington-on-the-Brazos State Historic Site, as well as a tour of the Blue Bell Creameries, and a visit with the Washington County Chamber of Commerce.

As he announced the start of his campaign near the site of the birthplace of the Republic of Texas, Prather said, “A place where it all began is a good place to get this campaign started.” Prather said that he decided to run for Governor because of “The loss of business. The loss of life. The loss of income. The loss of property and I said enough is enough. We’ve got to get back to a point where we’re the leaders. We’re the ones that people from all around the world look to as the epitome of what America stands for.”

Prather announced his intentions to run for Governor of Texas in July of 2020 on his Twitter account, then confirmed his intentions on “The Chad Prather Show” a few short days later. He made his announcement in response to incumbent governor Greg Abbott (R)’s executive order making masks mandatory in the state.

Discussing the response to his initial announcement on Twitter, Prather said, “I have been thrilled at the response, not because people are patting me on the back, I could care less about that. What I’m excited about is, people are ready to take their state back. And that is from the bottom to the top. From the grassroots folks who are seeing their livelihoods taken away from this nonsense that’s going on… So yes, we’re in the ring, we’re running, we’re gonna take some punches, and that’s okay. Call me Rocky.”

In response to falling case numbers in Texas, Abbott finally lifted the statewide mask mandate and most other COVID restrictions earlier in March, a move that caused his approval rating to drop among Democratic voters in the Lone Star State, but did not affect his approval rating with Republican voters. Although Abbott’s decision to remove these restrictions was widely criticized by liberals and their allies in the media, the widely-predicted surge of COVID cases that was supposed to result from Abbott’s actions has not yet materialized after two weeks.

On PBS, Capehart Lies That CRT Is Taught NOWHERE to Children in U.S. Schools
Sweden halts Moderna shot indefinitely after vaccinated patient develops crippling heart condition
We Can and Must Fight Back against Speech Intolerance on Campus
How Emphasizing Diversity That Is Skin Deep Destroys Trust
CNN Calls for Press to Ditch Objectivity, Portray GOP as Threat to the Country