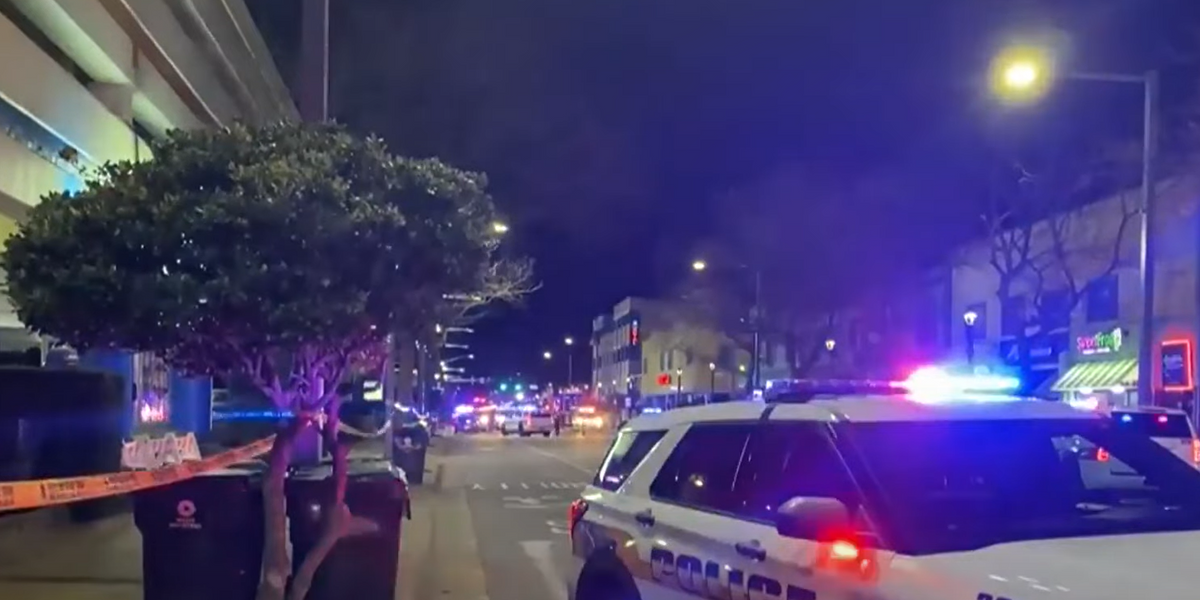 Two people are dead and at least eight people are injured, some in life-threatening condition, following multiple shootings in Virginia Beach, Virginia.

Around 11:20 p.m. on Friday, police officers responded to multiple gunshots in the oceanfront resort area of Virginia Beach. Police discovered eight gunshot victims, and they were transported to local hospitals, according to a news release from the Virginia Police Department. “Some of these injuries range from serious to life-threatening,” authorities said.

Police responded to additional gunfire in a nearby area, which led to an “individual being confronted by a uniformed Virginia Beach police officer, resulting in a police intervention shooting,” WAVY-TV reported. The unidentified male, who was considered a possible suspect in the shooting, was shot and killed by police after the confrontation.

“A second person, a woman who wasn’t part of the officer-involved shooting — and not believed to be a part of the original shooting incident at 20th Street and Atlantic Avenue — was also shot and killed Friday night,” according to WAVY-TV.

A police officer was also struck by a vehicle. The cop was taken to the hospital; his injuries are not believed to be life-threatening.

“What you can see is we have a very chaotic incident, a very chaotic night in the Beach,” said Virginia Beach Police Chief Paul Neudigate. “Many different crime scenes.”

#BREAKING 2 are dead after multiple shootings at the @CityofVaBeach Oceanfront. 1 was shot by a @VBPD officer, anot… https://t.co/BBUZMN673B

There is no information on the suspects for the shootings available at this time, according to law enforcement officials. WAVY-TV reported that police took “multiple people in custody.”

The officer who shot the potential suspect was a member of the Special Operations Division and has worked with the department for five years. The officer was placed on administrative assignment pending an investigation, per standard procedure, the department said.

The shootings in Virginia Beach follow recent mass shootings in Atlanta, which left eight people dead, and Boulder, where there were 10 casualties.