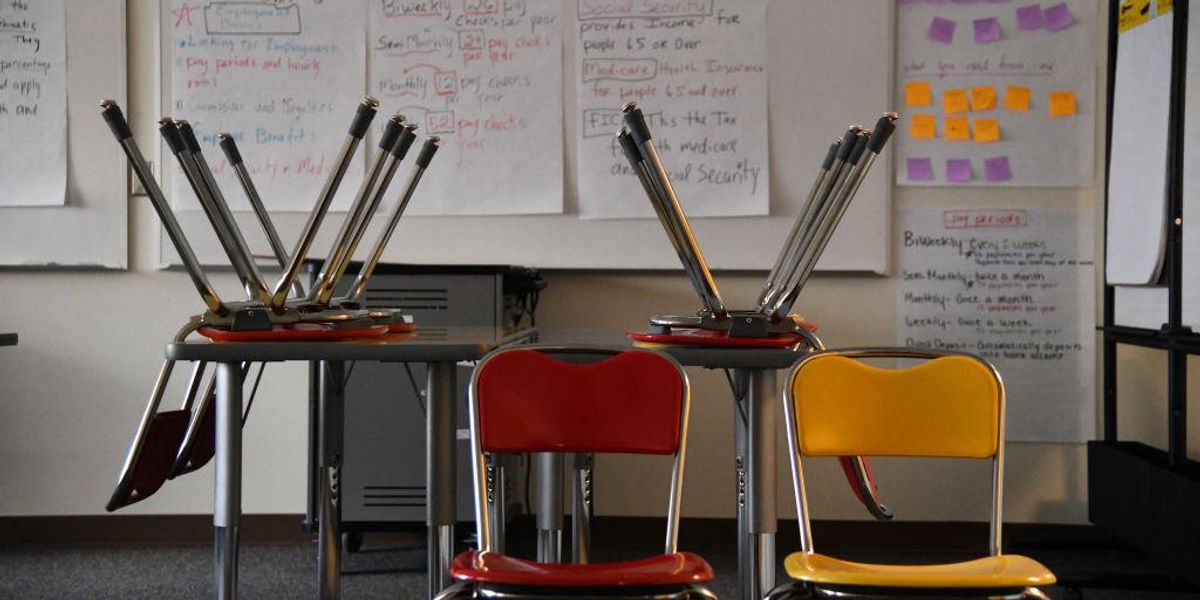 GoFundMe reportedly yanked a page run by a group of parents fighting woke curriculum changes in one of America’s wealthiest counties after local progressive activists complained.

The page’s creator, Scott Mineo, told the Washington Free Beacon on Monday that the fundraising page — created to raise money to combat the infusion of critical race theory and other dangerous progressive ideologies into classrooms in Loudon County, Virginia — was shut down without explanation.

Mineo started the page after members of a private Facebook group called “Anti-Racist Parents of Loudoun County” embarked on a witch hunt of the parents involved in his group, “Parents Against Critical Theory,” and several other groups dedicated to stopping the social engineering of their kids.

The progressive group compiled a list of the parents in the targeted groups — with their addresses, their spouses, and the names of their employers included — and plotted to “infiltrate,” silence, and “expose these people publicly,” the Daily Wire reported earlier in the month.

Mineo’s page had raised almost $4,000 in a week’s time, the Free Beacon reported. But then former Loudoun County School Board Equity Committee Member Charlotte McConnell complained about the page to current committee members and urged the school board to report it. Three days later, the page was gone.

GoFundMe vaguely told Mineo in an email that his fundraiser was taken down because it constituted “prohibited conduct.” GoFundMe’s user guidelines state that the company is free to remove any content which it deems “in its sole discretion to be unacceptable.”

The Free Beacon reached out to GoFundMe for comment or explanation, but the company did not respond in time for publication.

Mineo told the news outlet that progressive activists and district officials in Loudon County made a huge “mistake” by targeting parents.

“[The district] pissed off a lot of people that were very supportive and this was a grave mistake on their part,” Mineo said. “At the end of the day, it further underscores the level of deception they are engaged in. Otherwise, why shut them down?”

Loudon County has reportedly spent hundreds of thousands of dollars in recent years on racial equity reforms of school curricula and programming, including the hiring of an outside racial consulting firm to streamline the effort. It has also required all staff to go through bias and equity training.

EPIC! Stadium Chants “WE LOVE TRUMP” at Triller Fight Club Event in Florida on 9-11 (VIDEO)
Rudy Giuliani Shares the Truth – Clinton, Obama and Biden Were at 9-11 Ceremony for Political Purposes
NFL owner donates $5 million to law school to help train agents of ‘social change’
Fans of rapper Nicki Minaj protest against vaccine mandates outside the CDC headquarters in Atlanta
‘Unwoke’ With Kevin and Kruiser #11: Our Review of Angry Joe and the Vax Pimp Mandate Madness