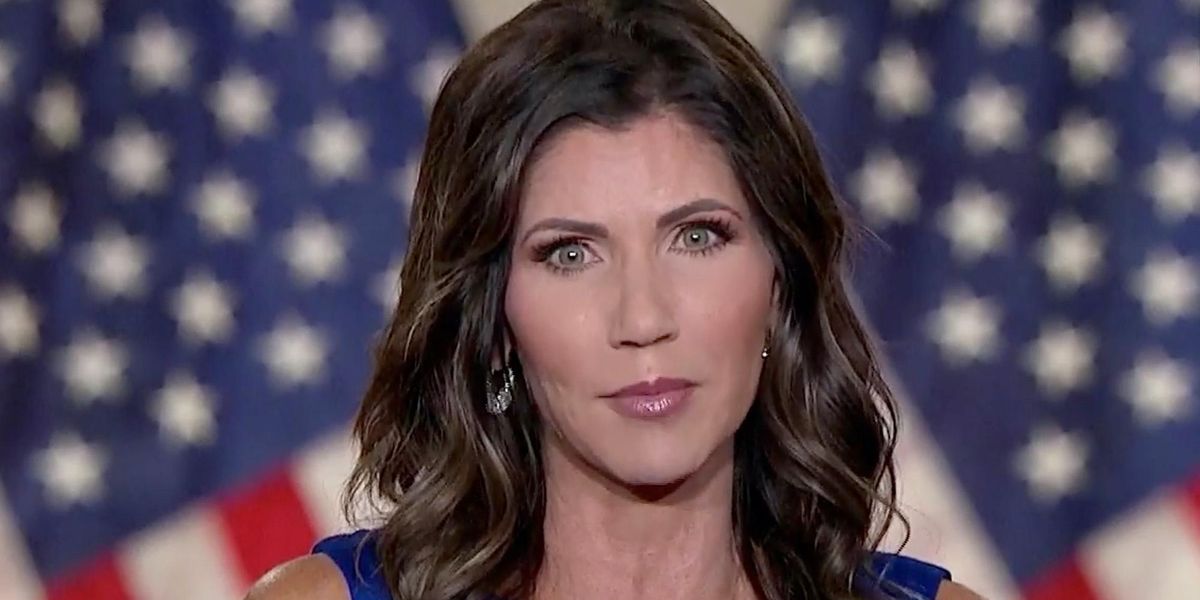 Noem made the announcement on Monday after being criticized by many on the right for trying to revise the Women’s Fairness in Sports bill in order to avoid costly litigation in the future from transgender activists. Her critics said the revisions would effectively gut the protections intended for biologically female athletes.

“Only girls should play girls’ sports. Given the legislature’s failure to accept my proposed revisions to HB 1217, I am immediately signing two executive orders to address this issue: one to protect fairness in K-12 athletics, and another to do so in college athletics,” said Noem.

Only girls should play girls’ sports. Given the legislature’s failure to accept my proposed revisions to HB 1217, I… https://t.co/4xncVi1pL1

“Additionally, I will be working with legislative leaders to schedule a special legislative session in late May or early June,” she added. “The special session will address this important issue, as well as others.”

Noem’s revisions drew the ire of many conservatives who accused her of caving to the left. Her office responded by excoriating the “uniformed cancel culture” of her detractors in a scathing statement by Noem spokesperson Ian Fury.

“If conservative media would take 5 seconds to read past the knee-jerk headlines and actually understand Governor Noem’s position, they’d come to a very different realization,” he said.

During debate prior to the vote on Noem’s revisions, South Dakota lawmakers accused her of abusing her executive power.

“I’m a small state. South Dakota is small,” she said. “We have to fight hard to even get any tournaments or games in the state of South Dakota. And I recognize the NCAA can come in and crush me, and can make an example out of me, and point to South Dakota and say, ‘See, no other state better challenge us whatsoever.’ So that’s why I’m trying to be smart about this and build a coalition of athletes, of states, of governors, of attorneys generals, and show the NCAA that we’re going to fight to make sure that only girls can play in girls’ sports.”

Here’s Noem discussing the bill in a media briefing:

Chinese whistleblower says COVID intentionally released during October 2019 military games in Wuhan
The Stunning Implosion of Joe Biden
Education Secretary Miguel Cardona says he supports COVID-19 vaccine mandates for students
Bill Maher fires back at Whoopi Goldberg for saying ‘we have to re-educate’ Americans on black national anthem
Congress Needs to Know, but Won’t Find Out, What Happened with Capitol Security on January 6