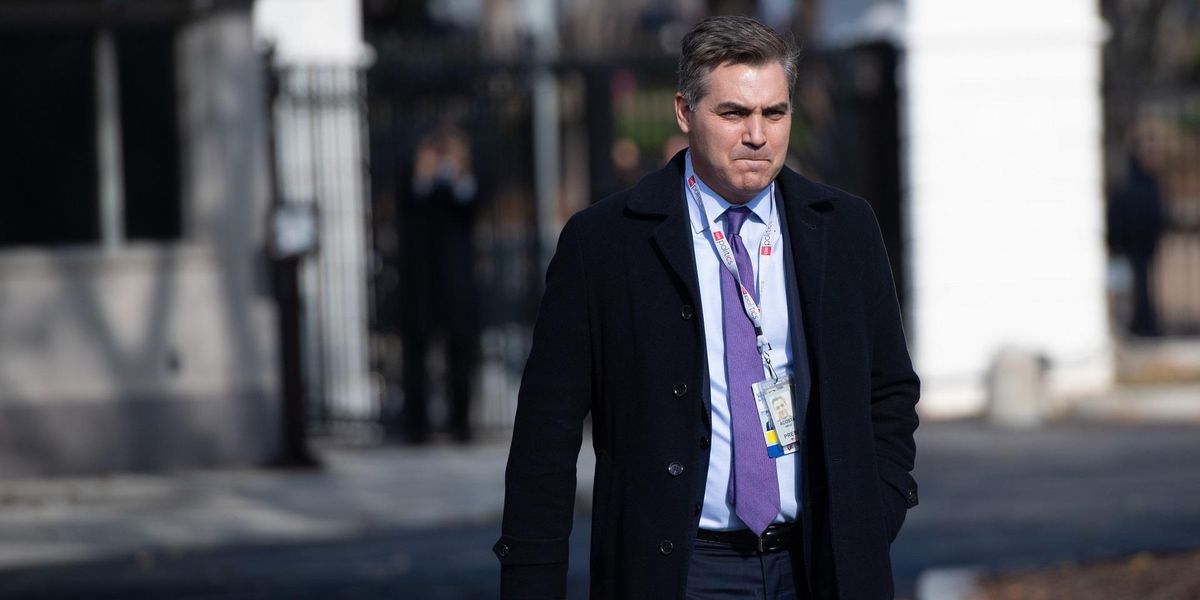 Far-left outlet CNN’s Jim Acosta took to Twitter Monday night to share a picture of himself receiving a shot of a coronavirus vaccine, but a lot of planning appears to have gone into the photo opportunity — and people noticed.

Acosta wore a T-shirt bragging about his journalistic accomplishments last year, leading a wave of folks in the Twittersphere to brand him a narcissist.

“Just the shot in the arm I needed,” Acosta wrote in his post. “The latest studies show the Covid-19 vaccines are highly effective. Please do your part to end this pandemic. Get your shot!”

But eagle-eyed observers zoomed in on the photo of the reporter and had a lot to say about his self-promotion.

“In 2020, I covered the impeachment trial & a caucus night (that lasted a week) & the primaries & the covid pandemic & the economic crash & the racial justice protests & Lafayette Square & so many rallies & the death of RBG (Justice Rush Bader Ginsburg) & the president’s 1AM coronavirus diagnosis & a Supreme Court confirmation & an election night (that lasted a week) & things by tweet & the recounts & the presidential transition & I have a commemorative shirt to prove it.”

Not everyone was impressed.

BlazeTV’s Sara Gonzalez replied, “Jim Acosta got a shirt to commemorate himself. Epic levels of narcissism.

Jim Acosta got a shirt to commemorate himself. Epic levels of narcissism. https://t.co/xTbByLoubV

Newsbuster’s Curtis Houck wrote, “My goodness this t-shirt is quite the way of screaming that you’re a certifiable narcissist. Jim Acosta has to be in the top ten of the most self-centered journalists and Americans period.”

“If you ever wondered what ego incarnate would look like, here you go,” commentator Tim Pool said of Acosta’s tweet, while podcaster Stephen Miller declared, “This is the most Jim Acosta thing Jim Acosta has ever done, even more Jim Acosta than Jim Acosta making his Twitter header a picture of Jim Acosta pointing at Jim Acosta’s Twitter avatar of Jim Acosta.”

Columnist Lauryn Overhultz wrote about Acosta’s shirt ordeal in The Daily Caller, joking that the journalist “did his civic duty by getting the coronavirus vaccine while doing the one thing he’s actually good at…Bragging about himself.”

But not everyone roasted Acosta over his self-promotional shirt, with several complimenting him on it and others thanking him for his coverage.

Fox News noted that Acosta “became a hero among liberals for his combative style” as a White House correspondent covering the Trump administration. But after President Donald Trump left office, CNN moved Acosta off the White House beat.

CNN host pushes back on CDC director’s call for vaccinated people to mask up: ‘Why the hell do I have to pay the price for this?’
Biden Administration to Impose Vaccine Mandate for Federal Workforce: Report
Biden Confuses Trump and Obama, Says it Was a “Freudian Slip” (VIDEO)
California water regulators cut off water supplies to select farmers and ranchers as WATER RATIONING accelerates
Lousiana Judge Allows Offenders to Skip Community Service If They Get Vaccinated