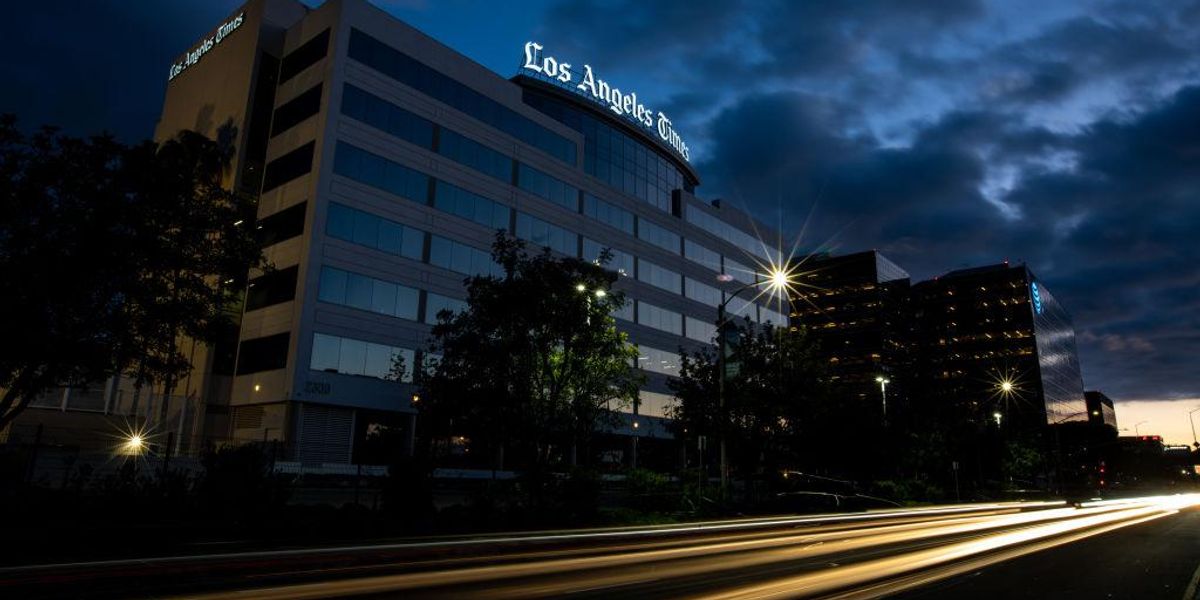 The Los Angeles Times attempted to stir the proverbial pot this week by publishing an article titled: “The casual racism of mispronouncing an Asian person’s name.”

The motivation for the article stemmed from an incident at the L.A. theater community’s Ovation Awards, where presenters accidentally mispronounced the name of an Asian-American nominee and mistakenly displayed a photo of the wrong actor.

“Asian actress Jully Lee, who was nominated for her performance in Jiehae Park’s ‘Hannah and the Dread Gazebo,’ had her first name mispronounced while the nominees for best featured actress were read,” Variety reported. “Additionally, a photo of a different Asian actress was mistakenly displayed on screen.”

The unintentional and seemingly innocent errors prompted more than two dozen local theaters to withdraw from the Los Angeles Stage Alliance, a non-profit that was established 46 years ago and organizes the Ovation Awards. At first, the Los Angeles Stage Alliance apologized to the AAPI community for the mistakes, organized a task force that would take steps towards a “transparent transformation” to become an ally of the “BIPOC and marginalized community.”

However, the Los Angeles Stage Alliance decided to shut down operations after the alleged outrage.

“Our intention has always been to represent and promote the entire Los Angeles theatre community, but at this time we are unable to continue,” the Los Angeles Stage Alliance said in a statement. “For the past 46 years, LASA has worked to acknowledge, support, and celebrate artists and theatres from all communities. We believe in equity, diversity, and inclusion at all levels. As individuals, we are committed to continuing our support of this community which we hold so dear. We wish the entire theatre community and its stakeholders continued success.”

Last week, @LAStageAlliance apologized for the mistakes and pledged to take steps to address diversity issues.

“The Ovation Awards’ snafus — and some of our readers’ reactions to the news coverage of them — are emblematic of the casual racism in the theater world and the world at large,” Los Angeles Times staff writer Ashley Lee wrote. “Mispronouncing someone’s name, accidentally or on purpose, at the very least demonstrates a selective laziness to learn the correct way to address or acknowledge a person. The name is perceived as particularly difficult only because it’s beyond the [W]hite European names that have been deemed normal.”

“When done willfully, it’s a conscious decision to weaponize one’s name — a deeply personal signifier of ethnic background and family lineage — against them, othering and invalidating them in a culture that already upholds [W]hite supremacy,” she ranted.

Commenters on the internet immediately dismissed and ridiculed the notion that unintentionally mispronouncing someone’s name is “casual racism.”

Seattle radio host Jason Rantz reacted by saying, “People will likely mispronounce your name if they’ve never seen it or heard it before. It’s not racism — casual or otherwise.”

Rikki Ratliff, producer of The Glenn Beck Program, mocked the LA Times, “Believe it or not, my first name gets mispronounced all the time and I would like to report this hate crime.”

Kira Davis, editor-at-large for RedState, proposed a solution, “Here’s what you do…when someone says your name wrong – stay with me here – correct them. Racism defeated.”

A commentator tweeted, “Not a single person on the planet is able to pronounce everyones else’s name correctly, this is a ridiculously silly standard to try and set.”

Someone joked, “BREAKING: People who speak English have issues pronouncing words in other languages.”

An individual snarked, “What do you call it when people (of all races) mispronounce german or swiss or eastern european names?”

One person referred to his own difficulties correctly pronouncing names, “I have trouble pronouncing my Chinese wife’s name correctly, much less the names of the countless Chinese friends and acquaintances I’ve had over the years. It takes a *very* long time for a non-native to master Chinese intonation. It’s not racist to struggle with this.”

A Twitter user pointed out, “I work with a dozen Indian programmers/QAs. None of them have ever pronounced my (very common in America) name correctly. I don’t hold it against them, because I’m not a myopic narcissist.”

Someone said, “The people at LA times have no real problems.”

DEVELOPING: 9 People Injured in Providence, Rhode Island Shooting – Suspects at Large
On Guns, New York City Wants It Both Ways
‘Pistol Pete’
The Tyranny of Experts and the Great Unlearning
Elise Stefanik’s Claim That 140,000 Illegitimate Votes Were Cast in a Single Georgia County